Onboard Bills of Lading: An Overview

Simply put, onboard bills of lading signify that goods have been loaded onto a cargo ship.

Technically, it is a document released by the goods carriers to their clients that serves as a confirmation of the cargo they have received.

Onboard bills of lading are used by the global trade community to ensure the safe transfer of payment and merchandise to the exporters and importers respectively.

Considered one of the most important documents in world trade, the bill of lading is proof of the traded merchandise being transferred or transported.

Different types of Onboard bills of lading

Once the goods are received by the carrier, the condition of the goods is analyzed before preparing the onboard bill of lading.

If the quality of the goods is not up to the mark, the carriers add a clause to the onboard bill of lading signifying that the received goods were not in a good condition when they were received.

On the other hand, the goods that pass all the quality tests are given a clean bill of lading.

The diagram below sums up the entire process. 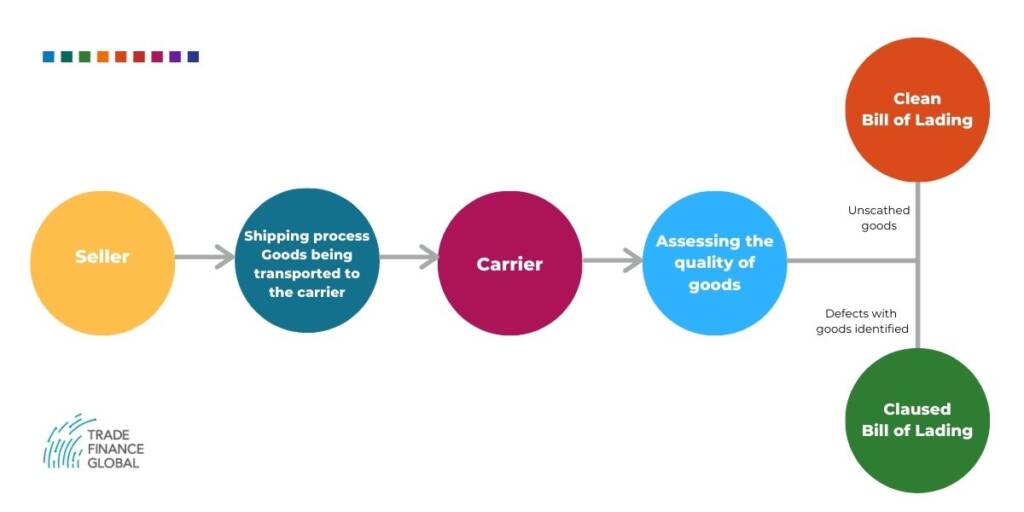 Clean onboard bill of lading

A clean bill of lading is the desired outcome for the sellers because once it is issued, they no longer have to worry about the quality of the goods.

This is because immediately with the release of a clean bill of lading, the responsibility of maintaining the quality of goods falls on the shoulders of the carrier.

Not only is it their desired outcome, but a clean bill of lading is also very important for sellers to obtain in cases where banks have guaranteed to pay the seller for goods, as the contract is formalized in the form of a ‘letter of credit’.

Banks also reserve the right to demand a clean bill of lading as a pre-requisite to finalizing the deal, thereby making it necessary for the sellers to obtain one.

Claused onboard bill of lading

Carriers have the right to inspect the goods thoroughly before issuing an onboard bill of lading, and meticulous checking may reveal defects with the cargo.

If such is the case, then contractors have the right to add a clause to the onboard bill of lading.

This is supposed to be a red flag for the sellers as it shows that the goods do not fit the description that has been provided.

The clause saves carriers from the buyer’s claims and the blame for poor handling of goods does not fall on them during the delivery phase.

It is the carrier’s choice to add additional remarks to specify the defect such as ‘decaying goods’ and ‘damaged cargo’.

However, this is only an acceptable practice when the carrier and the booking party have agreed upon the claused onboard bill of lading.

It is possible for the bank funding the deal to reject the claused bill of lading as the shipping documents have to be prepared according to the demands of the bank.

Shipping documents are considered evidence of the deal.

What is the purpose of Onboard Bills of Lading?

There are only a few countries where freight charges have to be documented on the bill of lading.

There are numerous purposes for onboard bills of lading such as the ones listed here:

Guangzhou Maritime Court and the onboard bill of lading

The plaintiff, in this case, was an import and export company in the Jiangsu province of China.

It filed a suit against a shipping company in Hong Kong to bring a dispute concerning the delivery of goods under a carriage contract of goods.

Guangzhou Maritime Court conducted the hearings of the case in 2002, the year in which the suit was filed.

It was stated by the plaintiff that the goods were released without the receipt of the original onboard bill of lading and thus it claimed against the defendant for payment of the merchandise.

However, the claim of the plaintiff against the shipping company in Hong Kong was not accepted because it delivered the goods to the named receiver in the straight bill of lading (non-negotiable bill of lading that states that goods are to be delivered to only the specified person in the bill) and there were no other instructions issued by the plaintiff.

Not receiving the original bill of lading was not seen as a violation of the contract of carriage by the Guangzhou Maritime Court as the goods were delivered to the named receiver.

Therefore, the defendant did not have to bear any charges associated with breaching the contract of carriage.

In this particular case, the Guangzhou Maritime Court allowed the carrier to give away the merchandise without releasing the original onboard bill of lading.

What is bill of lading tracking?

What is an open bill of lading? 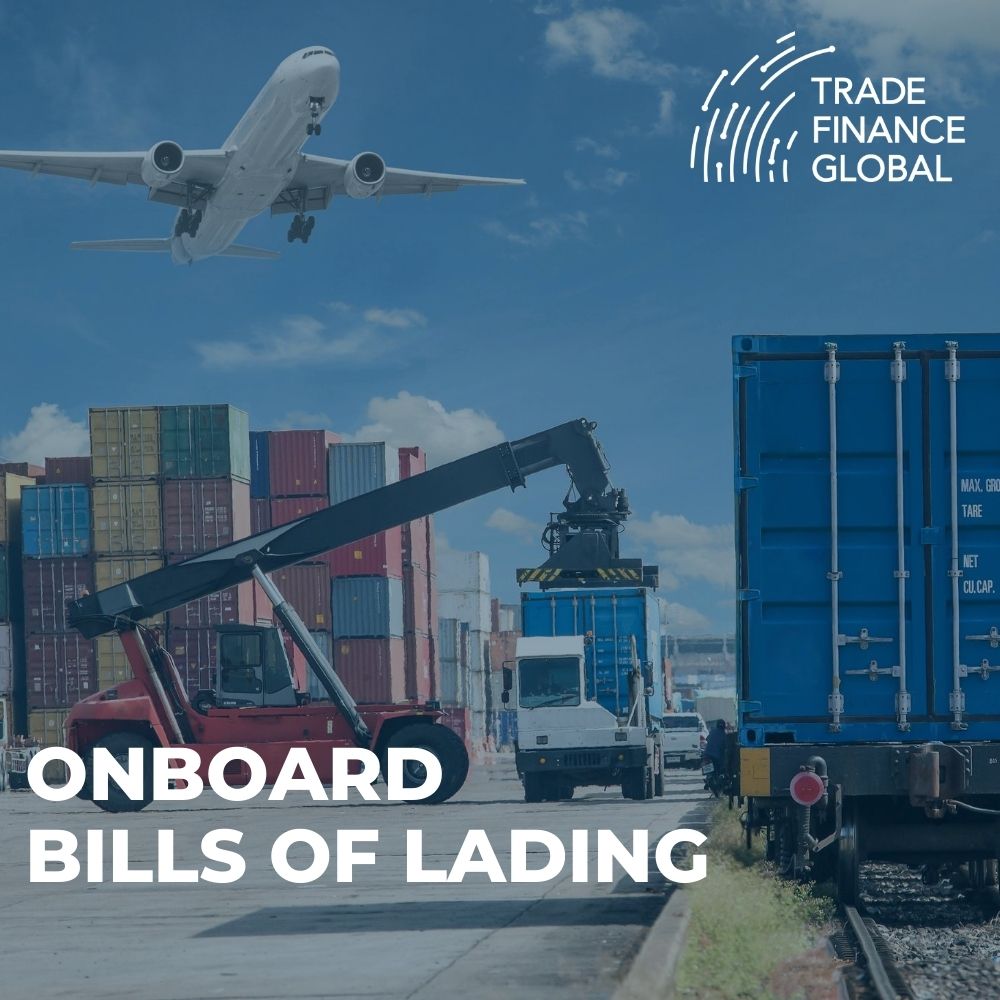