A Telex Release can be defined as a message that is sent by an agent or shipping line from the origin to the office at the customs destination. It can also be sent from an agent to signify that the shipper has already surrendered the OBL (Original Bill of Lading) issued to them.

What is the difference between a Telex Release and a Bill of Lading?

This allows the cargo to be released to the consignee without the need of any physical presence of the Original Bill of Lading before such release. In other words, a Telex Release signals that the OBL is not as important as it would otherwise be.

A Telex Release is typically prepared if the OBL cannot be mailed to the destination early enough for cargo release without the commodities incurring storage charges. Using a Telex Release can save on mailing costs especially when the payment is secured from the buyer. It’s essentially a message conveying instructions from the load port agent to the discharge port agent.

Since the Telex Release is only issued when the Original Bill of Lading is not needed physically, let’s touch on the OBL.

What is OBL (Original Bill of Lading)?

A Straight Bill of Lading is where a Bill of Lading is given or issued in an original format to the “named” consignee. It does not involve any negotiation, and the cargo cannot be transferred to a consignee other than the one named in the document. It’s also considered to be evidence of the contract of carriage as well as the receipt of goods.

The Order Bill of Lading is given or issued in an original format and consigned “TO ORDER OF SHIPPER” or “TO ORDER” or “TO ORDER OF XYZ BANK.” This bill is negotiable and can also be transferred to someone else, based on endorsements on the bill of lading.

These two bills of lading, namely, the Order and Straight, are what make up the Original Bill of Lading. And once a shipper deems it fit to forego an OBL, then he/she can use the Telex Release.

Since we have discussed two of the three types of Bills of Lading, let’s cover the last one – the Seaway Bill of Lading.

A Seaway Bill of Lading is when a Bill of Lading is given or issued to a “named” consignee – but this time, there are no originals. Like a Straight Bill of Lading, it is also not negotiable nor transferable by any form of endorsement on a bill of lading. It does not act as a Document of Title, but merely as evidence of the carrier contract and the receipt of goods.

Note that Seaway Bill of Lading is not associated with the OBL (Original Bill of Lading) or the Telex Release. It actually acts, and is referred to, as an ‘Express Release’ and indicates the quickness of import release.

The word Telex comes from the phrase ‘Telegraph Exchange Service.’ That service used the telegraph machine to send messages. From the telegraph we get TEL, and from Exchange, we get EX, thus the name, TELEX.

The telex service was used to facilitate a real-time one-on-one talk with someone on the other side of the world. People could also use it to send previously drafted messages.

Back then, it was the most popular means of communication with ships at sea, which explains why it’s considered to be the precursor to email communication. The name stuck even with the introduction of OBL surrender information and release instructions that are sent and updated via email.

When Does a Shipper/ Exporter Request a Telex Release?

How to use Incoterms® proficiently: risk, responsibility, and transfer operations
Testimonials

The freight forwarding team at Sanjay’s company had to work with exporters to request telex releases in order to avoid using a OBOL and to ensure goods reached the end destination.

Using the technology from TFG and their partners were instrumental in ensuring that we had sufficient capacity to ship goods for our clients all over the world, without necessarily using Bills of Lading. 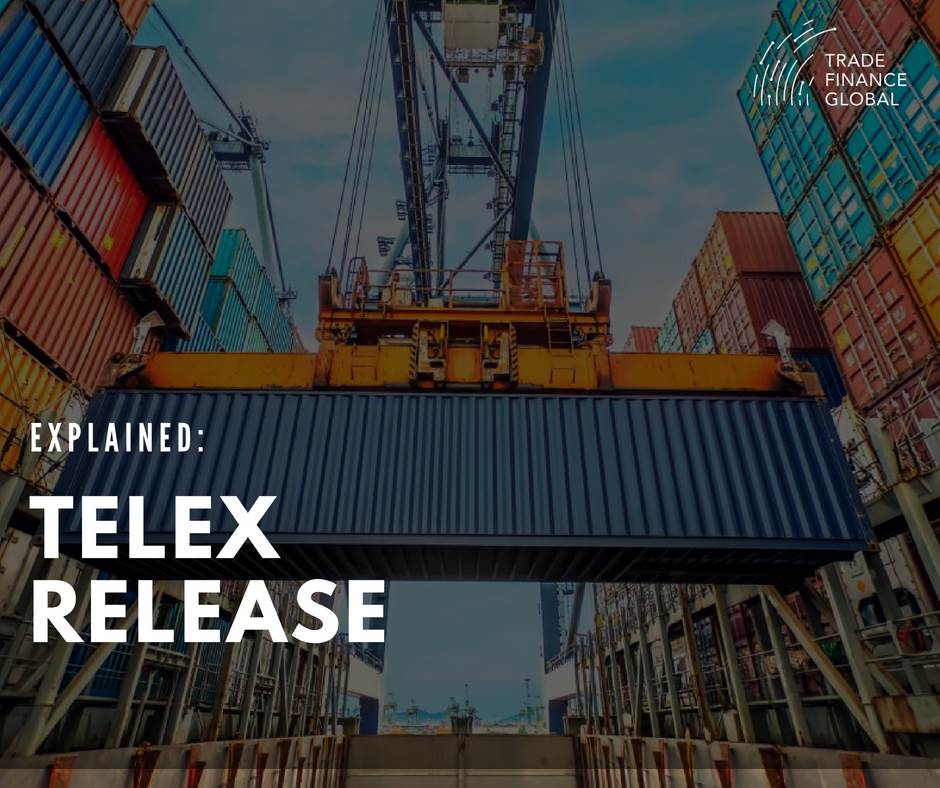