Has trade finance pulled the plug on correspondent banking?

Correspondent Banking should in the future reinvent itself to accompany to be an ideal companion to technical assistance and be a key milestone potential ahead for the Africa market.

Why has this become a challenge for financial institutions in emerging countries and particularly in Africa since 2009?

Why are Correspondent Banking matters complex and what are the tools to efficiently address these concerns and support the continent potential and steady sustainability?

What is Correspondent Banking?

Correspondent Banking basically refers to a bank (‘the Correspondent’) providing remote services to another one (‘the Respondent’).

While the Correspondent may offer the Respondent FX and treasury services, this paper focuses on Correspondent Banking as a Trade Finance enhancer and therefore primarily refers to two separates but often complementary concepts:

It looks common sense that any particular, corporate or institution deserves to hold an account in any currency required. In recent years, digitalization across Africa has facilitated the access to the banking system of the most fragile ones. This remains, however, a major concern for most Subsaharan African financial institutions. The 2009 crisis had a profound effect on how international banking players considered correspondent banking in Africa.

They struck hard on the financial market. Among collateral damages, an overall reduction of exposure on financing capital-intensive activities such as project financing and trade finance, with Africa and Asia being the two continents suffering the most. The more fragile countries and institutions are, the higher are the capital and KYC monitoring constraints. The acceptable balance between risks and costs were overdue for many banking players. Thus, leading to this derisking process.

Along with Barclays and BPCE, the French BNP Paribas seceding its subsidiaries in Burkina, Mali and Guinea Conakry illustrates the long-standing process of international first-class players exiting the continent. By their size, market knowledge, and reputation, these banks were and are the players which are in the best position to offer correspondent banking services in USD/EUR to African FIs.

So what is next? One can argue this had a very positive effect by enabling pan-African banks to expand at a spectacular pace during the 2010s. For instance, the Burkinabe CORIS Bank has expanded across the 2010s in 9 countries, have multiplied by 5 its revenues et by 4 its assets base. And they would be right to be proud of such achievements: African banks for African people should be the law. However, these ‘new’ players do not entirely fill the gap left by Europe & America. It is currently market practice to see African FIs being restricted – on top of usual KYC & compliance checks – on their USD transactions. Sometimes for a lack of settlement capacity or by Respondent’s inability to provide a certain minimum required of EUR and/or other currency transactions to the fold.

Aforementioned constraints led to two choices: step away or show flexibility. Either banks reduced or sometimes eliminated these services which were no longer considered as strategic, or pushed alternative choices to serve their client base. For example, the Mauritius based MCB now promotes random advisory services for African banks in the likes of IT set-up and support & risk management services: commissions-based rather than credit-risk orientated services.

The threats of ‘derisking’

While the IMF considers banks are as of 2020 not as heavily leveraged as pre-2009 times, the COVID-19 pandemic gives rise to the same concerns international players active in Africa have had after 2009 crisis: fear of sovereign downgrade, increased credit risks and liquidity shortfall. More than 10 years apart, different causes may beget the same consequences:

What has Correspondent Banking to do with Africa’s trade financing gap?

The AfDB currently estimates the lack of trade financing in the continent at US$120 billion. This key topic has been largely covered in the common literature. Several key Development Financial Institutions as The Trade Development Bank – TDB (Kenya) – bring tremendous value to reduce it thanks to their guarantee programs. Among recent initiatives, CDC – the UK Development Financial Institution – has reached a monthly record last march with an exposure of more than $500m across 350 transactions in Africa.

As essential and precious these initiatives are, address the correspondent banking on the cash-clearing account side of things is also of importance to fully meet the objectives of reducing the gap. The AfDB estimates that only 30% of the continent’s total trades are bank-financed and among those 30%, circa 50% are executed without off-balance sheet products (i.e. w/o LCs). All others things being equal, should the Correspondent Banking not be a concern for any financial institution in subsaharan Africa, one can imagine the trade finance gap being somewhat reduced.

This assessment lies also on the author’s study conclusions established in early 2020. It highlights that among a sample of 90 banking and financial institutions active in Africa, only circa 30% provide cash-clearing services in USD – while more than half of the world’s trade is settled through the US dollar. As a result, many Tier 2 & 3 banks across Africa have been largely suffering from this derisking process, making at times very difficult to achieve their transactions. In Mauritania, for instance, the topic was so sensitive that its Central Bank took the initiative to launch a due-diligence in the US last year to meet the regulator and banking players to reassure them. This topic is all the more manifest in the most fragile countries and small economies. They sadly happen to often be the lesser-known countries by the international banking & insurance market, compared to the usual suspects with the likes of Nigeria, Senegal or Ivory Coast.

IFC: De-Risking and Other Challenges in the Emerging Market Financial Sector

Gateways to address such constraints

Correspondent Banking by definition is necessary but not sufficient of course. Enhancing trade finance in Africa requires on-the-ground first and foremost capital, client creditworthiness, accurate information data and visibility. With the ongoing endeavours made within the fintech and blockchain worlds, major improvements on Correspondent Banking are expected within the next 5 to 10 years:

Correspondent Banking should in the future reinvent itself to accompany such initiatives and be an ideal companion to technical assistance initiatives provided by multilaterals and Development Financial Institutions. International and domestic commercial banks have a key milestone potential ahead for the Africa market: enhance advisory in the correspondent banking, facilitate steady, regular quality communication sharing, improve the rising of KYCC – Know Your Customer Customer – and push the value further along the supply chain. 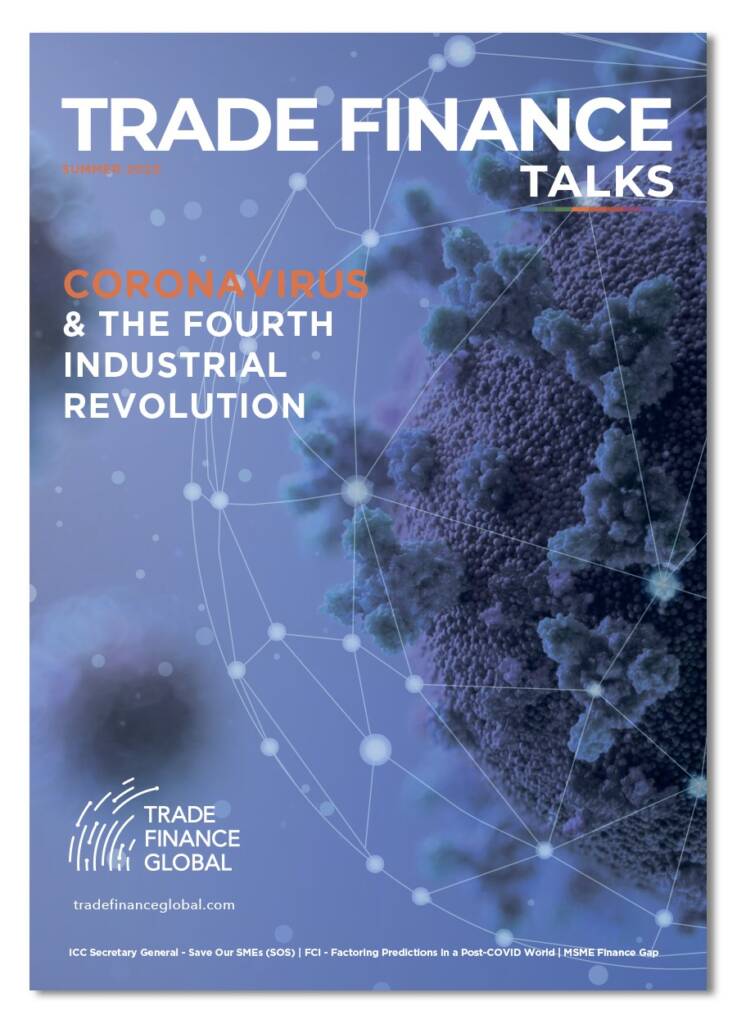