The land of 10,000-yen melons: a look at the economics behind Japan’s high historic food prices

Why exactly have the prices of food historically been higher in Japan? TFG’s Carter Hoffman investigates…

How much is too much to spend on a piece of fruit?

While this is certainly an extreme example, it draws attention to the fact that a lot of fruit and other food products are much more expensive in Japan than in other locations around the world.

For many foreigners visiting Japan, it seems that bananas, which account for 60% of total Japanese fruit imports, are the only cheap fruit available.

So, why exactly have the prices of food historically been higher in Japan?

There are three primary factors that contribute to this: labour-intensive domestic production, political appeasement of rural voters, and the lingering effects of the Large-Scale Retail Store Law.

One reason why Japanese food prices are higher than in other nations is the high-quality demands of Japanese consumers.

Many domestic food products, such as Miyazaki mangoes or square watermelons (which generally sell for the equivalent of $100 each), are grown with such labour-intensive care that the cost to produce them naturally increases.

These high production costs are inevitably passed onto consumers, leading to the higher prices on store shelves.

While this degree of quality does play a role, there is so much more going on behind the scenes that contribute to the high prices.

A much more pivotal reason comes down to the Janapense electoral system and post-war migratory patterns.

Japan’s National Diet (the name for their parliamentary body) consists of the House of Representatives and the House of Councillors, both of which are elected using a parallel voting system that combines geographic and proportional representation.

In the House of Councillors, for example, each prefecture (the Japanese equivalent of a state) elects at least one and up to ten representatives, depending on the prefecture’s population.

While varied representation does account for some population differences between prefectures, it still affords districts with lower populations a large relative advantage.

Some estimates show that regions like rural Tottori have around 240,000 voters per representative while Tokyo has more than a million.

This is largely due to shifting population patterns over the last several decades.

After the second world war, when the electoral map was first designed, nearly two-thirds of Japanese people lived in rural areas.

Today, estimates from the World Bank suggest that this figure is below 10%.

While there have been multiple efforts over the years to reallocate seats based on current population numbers, including reforms in 2015 and most recently in early 2022, a discrepancy still exists between rural and urban regions.

This has led to the simple fact that in Japan, a rural vote is more valuable than an urban one, leading many politicians to enact policies that benefit rural populations the most.

Two such measures are the acreage reduction program and high agricultural import tariffs.

The historic roots of Japan’s acreage reduction program date back to the end of the second world war.

Food shortages persisted in Japan for several years following the empire’s defeat but came to an end in the 1950s as economic recovery led to a sharp rise in agricultural production.

This increase in supply, however, rapidly outpaced demand growth for staple foods like rice, leading to a period of oversupply and a sharp decline in prices.

This ultimately caused the income that a rural farmer could expect to earn to fall well below that of an urban manufacturing worker.

To avoid a pendulum swing back in the other direction and risk more food shortages, the government introduced a series of measures to discourage farmers from abandoning their crops in lieu of a more lucrative life in the city.

One measure was a subsidy designed to keep the prices for crops like rice artificially high.

While these programs took slightly varied forms over the years, they ultimately had the effect of paying farmers to reduce production.

Under the modern acreage reduction program, farm households are paid subsidies to not produce on their land.

This reduces the domestic supply of crops like rice, increasing prices.

For farmers, this is a great system – they get paid money by the government to produce less than they can, and since all the nation’s producers are operating under this cartel-like scheme, they earn more money from the amount that they do produce as a result of the higher prices.

It’s clear to see why a rural farmer would vote for a politician promising to maintain this system.

You might be wondering why Japanese shops and consumers don’t just buy cheaper agricultural products from abroad instead of paying artificially high prices for domestic goods.

In 2005 under the WTO’s then newly revised tariff formulas, Japan’s rice tariff was high as 778%.

Even when Japan signed the 14-country Regional Comprehensive Economic Partnership (RCEP) in November 2020, they made sure to exclude agricultural products such as rice, wheat, beef, pork, dairy products, and sugar from tariff reductions.

Today, Japan still has a 274% import tariff on rice, which is the second-highest globally, behind only South Korea.

This raises the domestic prices of foreign-produced food to levels similar to the artificially high domestic prices, eliminating any foreign pressure, or Gaiatsu, on Japanese farmers.

Another reason for the higher prices is that Japanese retail stores are smaller on average than those in other countries.

These artificial restrictions protected archaic ‘mom-and-pop shops’ that lacked both buying power and a desire to streamline their operations to reduce prices.

While the law was officially rescinded in the 1990s and Japan’s retail sector has become less dominated by small shops than before, the average retailer size still remains much smaller than that of many other countries.

Not only will smaller stores have less buying power than their larger counterparts, but they will also be less likely to benefit from cost-reducing economies of scale.

A study by the University of Tokyo suggests that a 10% decrease in the relative floor area of retailers increases the price level by around 0.3% – 1.3%.

If you remember back to the top of this article, you might be wondering why bananas are one of the cheapest fruits in Japan.

The Prefecture of Okinawa (which the USA only returned to Japan in 1971 under the Okinawa Reversion Agreement) is really the only place in the country where Bananas are grown.

Okinawan bananas – of which only around 250 tons are produced annually – are largely consumed by the cultivators or the local community and not sold on open markets.

This means that the Japanese government has no reason to implement tariffs on the 1,109,000 tons of bananas that are imported annually.

No farmers to keep happy, no high tariffs – bananas!

The financial levers UK businesses need to boost liquidity and productivity in an uncertai...

What is the Geneva Package? 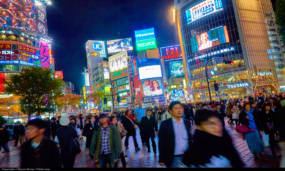 Starting Up in Japan – Doing Business in Japan

Trade Finance Global (registered as TFG Finance Ltd) is incorporated in England and Wales, at 201 Haverstock Hill, Second Floor Fkgb, London, England, NW3 4QG (company number: 10305143). We are an introducer, not a lender, working with Limited Companies and Incorporated Bodies.