Fears continue to grow over a potential global food security crisis as European farmers struggle to save their crops from extreme weather events.

Fears continue to grow over a potential global food security crisis as European farmers struggle to save their crops from extreme weather events.

As much of Europe bakes in the latest heatwave, fears are growing about what’s being dubbed ‘heatflation’ – climate change-driven staple crop losses that could see already inflated food prices reach new highs this autumn, deepening the cost-of-living crisis.

A lack of spring rainfall, combined with drought and freak storms, have spoiled crops in Italy, France, and Spain, with many farmers and agricultural associations warning that this year’s continental crop yields will be significantly smaller than usual.

Already, continental yields of crops such as soybean, sunflower, and maize were 9% below average, according to an EU bulletin published last month.

Italy declares a state of emergency

In Italy, water shortages and drought have led to a drop of as much as 45% in corn and animal feed yields, and a 30% reduction in wheat and rice production, according to the farmers’ union, Coldiretti.

The drought has also affected the country’s fruit and milk production, which is down between 15% and 20% as a result of heat stress, leading the Italian government to declare a state of emergency in five regions this July.

According to President Mario Draghi, a lack of rainfall, together with rising temperatures, has severely affected two of Italy’s main rivers, the Po and the Tiber, which have virtually dried up, leading to the worst drought the country has faced in 70 years.

The Po River and surrounding drainage basins are particularly significant for the Italian agricultural industry since more than half the country’s national pork and beef livestock are reared here.

The Italian agricultural sector has also been affected by a rise in production costs resulting from the conflict in Ukraine, which has created fertilizer shortages, a situation compounded by poor infrastructure management, leading to water leakages of around 30%.

Meanwhile, in France, a combination of unusual summer heat levels, together with freak hailstorms, strong winds and torrential rain, have affected fruit, cereal, and wine production in departments across the country.

In a statement released in June, the National Farmers’ Union Federation (FNSEA) reported that “the damage is very significant, with some farms seeing 100% of their crop affected.”

France is currently Europe’s third-largest wheat exporter after Russia and Ukraine, and after the driest July on record, it is expected that this year’s crop yield will be down significantly from last year’s.

France’s corn harvest is also expected to be 18.5% lower than 2021’s, according to figures released by the French agricultural ministry.

French dairy farmers are also warning of a coming milk shortage this winter due to animal fodder shortages and parched grazing areas – a situation not helped by a ban on irrigation in large parts of the country due to water restrictions. In some places, levels are so low that drinking water is having to be brought in by truck.

Meteo France, the national weather agency, claimed that this was the country’s worst drought since records began in 1958.

Mediterranean countries on the Iberian peninsula are reporting similar issues, with Spain experiencing high temperatures and worsening water shortages that have been affecting its agricultural industry since late 2021.

Spain’s olive oil sector, which is responsible for supplying almost half of the world’s total olive oil exports, has been especially affected – the COAG farmers’ union told AFP that Spain’s olive harvest is expected to be a quarter of the average produced in the last five years.

In Portugal, the worst drought this century has led to low dam levels, limiting the country’s ability to generate renewable energy in places.

Their capacity to generate hydroelectric energy has been half that of the average generated over the previous seven years, while Spain’s reservoirs are operating at just 40.4% capacity.

Climate scientists have revealed that large portions of Europe are now at risk of dangerously high drought levels – classified as “warning” (44% of EU and UK) and “alert” (9% of EU and UK).

Analysis of weather data by experts at the European Commission (EC) suggests that much of the problem has arisen from lower than usual winter-spring precipitation levels (19% of the 1991-2020 average) leaving little soil moisture content for young plants to draw upon during their early growth stages, a situation exacerbated by summer heatwaves.

This has led to widespread stress on vegetation.

Many point to climate change as the main driver behind this worrying phenomenon, a situation worsened by ongoing trade disruptions resulting from the conflict in Ukraine and problems in China, where the agricultural industry has also been affected by heatwaves.

Climate change expert, Elizabeth Robinson, director of the London School of Economics’ research unit on the environment, said that escalating food costs – which are likely to be worsened by ‘heatflation’ ‒ were a sign that “food systems aren’t working for people.”

“There are some long-term, difficult conversations that need to be had, particularly about food waste and the diversion of grains away from food for people to feed animals,” she told reporters at a recent news conference.

According to food NGO, Crop Trust:

“Just three crops – wheat, maize and rice – make up nearly half of the world’s food supply. All are vulnerable to extreme weather conditions like drought and heat.

“Without some help, many of our most beloved foods will not be able to withstand climate change, which is already leading to crop failures, rising food prices, and surges in hunger and malnutrition worldwide.”

Executive director, Stefan Schmitz, insisted that part of the solution to the problem of climate change-induced food shortages was greater biodiversity and a move away from monoculture.

By diversifying and trying to develop newer, hardier crop and livestock varieties like cassava, pearl millet, and goats that could better withstand things like heat, pests, and disease, the charity argues that farmers and plant breeders could “remain productive in the face of a changing climate and with fewer inputs.

“We can’t do this without crop diversity,” Schmitz told Food Ingredients First magazine in July.

“The diversity between and within crops underpins the sustainability of the world’s food supply.”

Lisa Mendes works as a Copy Editor and writer for Trade Finance Global (TFG). She has previously worked as a fact-checker for a well-known UK newspaper group, news & current affairs researcher for a major broadcaster and a technical writer-editor for various companies, including Elsevier Scientific and BPP Learning Media. Lisa holds a journalism degree from Rhodes University (South Africa) and an MA from the University of Kent and is a big fan of blockchain technologies and cryptocurrencies like Bitcoin. 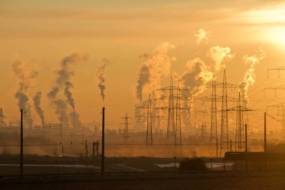 The Economics of Climate Change

Private firms in emerging markets need to respond to climate change as well...