United Arab Emirates (UAE) is a federation of the seven emirates of Abu Dhabi, Ajman, Al Fujairah, Dubai, Ras al Khaymah, Sharjah, and Umm al Qaywayn. UAE is heavily reliant on its export industry, being the sixth largest petroleum exporter in the world. Petroleum export revenues are valued at around $120 billion USD a year, out of a total of around $200 billion USD total export revenue.

Gold in other semi-manufactured forms, non-monetary

Exporting to United Arab Emirates: What is trade finance?

United Arab Emirates (UAE) is a growing world financial centre and trade hub, with GDP growth rate at around 4% a year. With a total population of just 9 million, UAE is a high income and one of the richest nations in the world. UAE is actively seeking ways to diversify its economy in the long term, as it is heavily reliant on oil exports as a primary revenue stream at the moment. The country is investing into sustainable energy, education and science.

With a large expatriate population and one of the most liberal trade nations in the Gulf, a UK business exporting to UAE could have many advantages, including its proximity to other Gulf markets, there is no taxation on personal income and capital gains, and it’s ranked thirty-first  in the World Bank’s ease of doing business report. 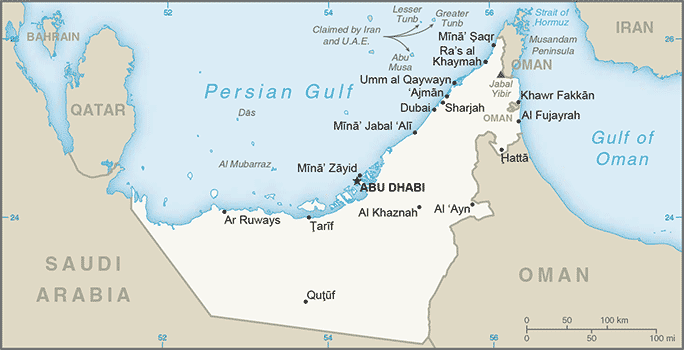