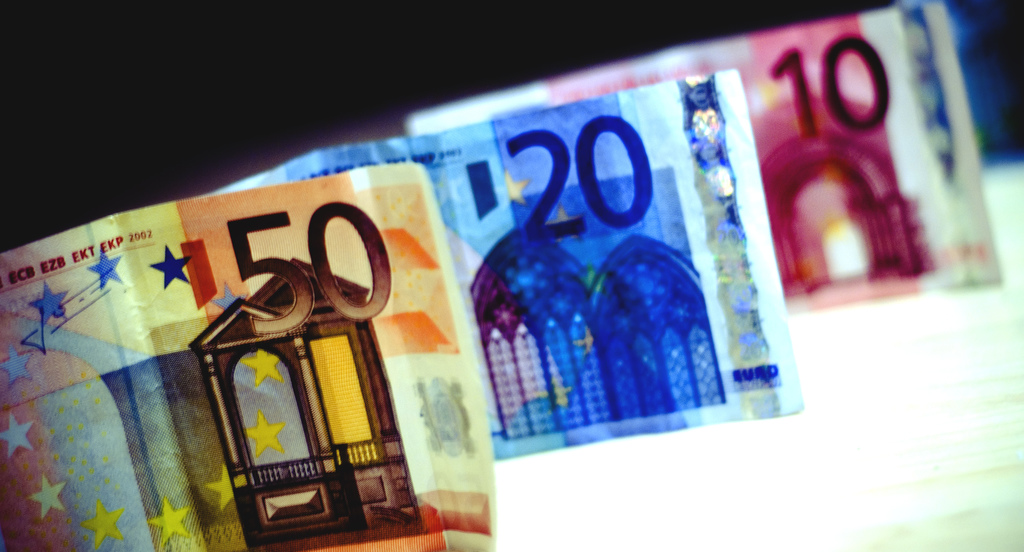 The most recent Commitments of Traders report issued by the Commodity Futures Trading Commission shows the GBP is now the most heavily ‘bet against’ currency in the G10.

Data from the CFTC shows commercial traders and speculators continue to maintain a heavy bias against the British pound with the UK unit now holding the dubious distinction of being the largest held net short.

The decline in sentiment towards the pound comes as UK data releases hint at a slowing economic growth rate while the EU referendum set for June 23rd has seen a phenomenal spike in GBP-negative hedging demand to minimise exposure to the perceived risks that an Out vote would present.

The title of most ‘bet against’ currency is snatched from the euro which continues to reside at the bottom of its long-term range against the dollar thanks to an aggressively expansive European Central Bank. 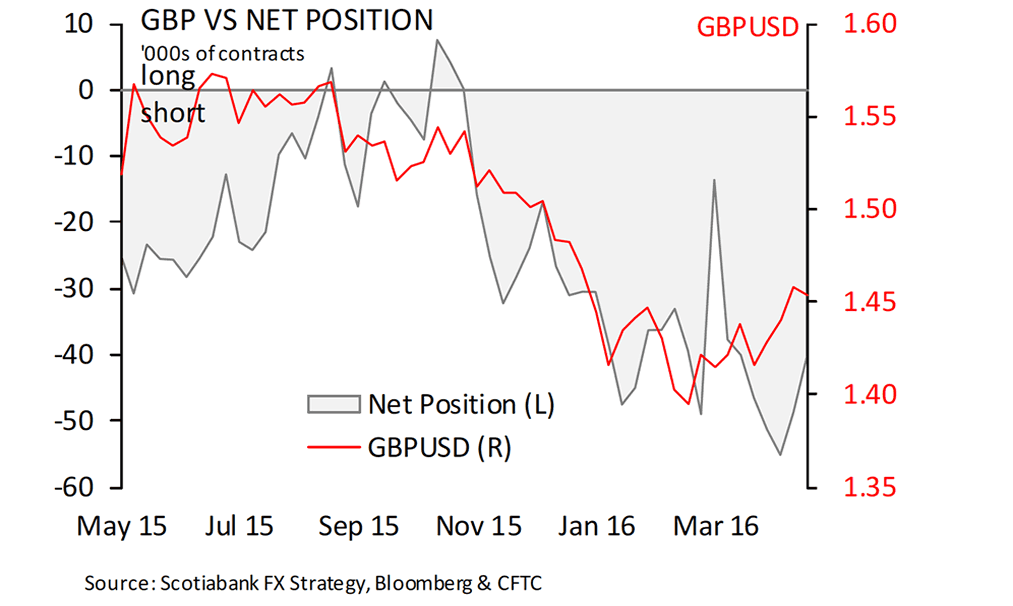 The euro has been the most negatively positioned currency since 2014 when the ECB introduced its asset purchase programme.

Many speculative traders use the Commitments of Traders report to help them decide whether or not to take a long or short position, therefore the data has indicative powers as to future direction.

The data allows us to gauge just how far a fledgling move can extend.

For example, were the pound to embark on a recovery from its notable 2016 sell-off we would be confident that the move has a long way to run before it gets overdone.

This is because there is a sizeable portion of traders with investable funding available to press the pound higher.

It also explains why a move that runs counter to a trend can suddenly reverse, often quite violently – if the market is heavily positioned in one direction any counter-trend move can trigger exits which snowball and clean out traders down the line in a recovery move.

In short, the pound’s potential for a recovery, fundamentals permitting, would be supported by the underlying structure of the market.

Other Developments in the Market

The Canadian dollar has meanwhile seen sentiment improved for a 14th consecutive week, pushing the net long position up $0.5bn w/w to $1.5bn—its highest level since August 2014—for a cumulative $6.2bn swing off the extended bearish lows from late January.

“Note that the position date coincides with CAD’s cycle high, coming ahead of both the weaker trade release and the escalation of Alberta’s wildfire,” points out Shaun Osborne at Scotiabank in his assessment of the latest CoT data.

AUD’s net long position fell $0.7bn to $3.9bn as investors pared back risk to both sides.

AUD remains vulnerable with gross longs just shy of their three year highs – this may explain why the Aussie dollar has fallen so rapidly of late. An interest rate cut and a downgrade to inflation expectations at the Reserve Bank of Australia caught a heavily one-directional market off guard in the first week of May.

There is therefore decent scope for the Aussie to lose further ground based on what we can determine from positioning data.

Note too that sentiment on Japan’s yen has deteriorated for a second consecutive week, softening from the record bullish levels observed in mid-April.

The details hint to indecision on the part of investors as they pare back risk to both sides.

Gross shorts are at levels last seen in late 2012, concentrating JPY’s vulnerability on the long side.