Due to the agricultural and industrial sectors that are not well-developed, it has been forecasted that Egypt would rely on the imports for most of its food, commodities and equipment. It has been reported Egypt’s import volumes reached to $43.98 billion which shows a 24% increase from the last year’s level. The country’s top imports would include oil products like refined petroleum ($6.6 billion) and crude petroleum (about $2 billion), and food commodities such as wheat ($2.5 billion) and corn ($1.5 billion).

Accounting for more than 10% of Egypt’s total imports is the United States, then followed by China with 10%, Italy at around 7%, Germany with 6.8% and last, by Saudi Arabia for 4.9%.

As reported by the Central Agency for Public Mobilization and Statistics, the highest peak of Egypt’s imports reached $7,111 million in August 2014 and hit its lowest points in July 1957 with on $33.05 million. In average from 1957 until 2015, imports in Egypt maintained at $1,222 million.
The country’s major import commodities would include mineral and chemical products that comprises 25% of total imports, agricultural products, livestock and food items which altogether forms about 24%, 13% for electrical equipment and machinery and base metals. In addition to these items, Egypt is also a known exporter of artificial resin, vehicles, textiles and footwear and wood products.

Egypt’s main import partner is the United States which accounts 10% of its total imports, then succeeded by China with 9.9%, Italy at around 7%, Germany with 6.8% and last, by Saudi Arabia for 4.9%.

Exporting to Egypt: What is trade finance?

Although Egypt provides a variety of export commodities such as insulated wire ($ 1.1 billion), nitrogenous fertilizers ($1 billion), textiles and chemicals, the core of Egyptian economy is its oil export. Each day, the country produces around 600,000 barrels and exports about 155,000 of them. Crude petroleum comprises $6.70 billion, petroleum gas meanwhile takes a $2.3 billion part while refined petroleum comprises $1.1 billion of the country’s overall export. In the past, about 90% of Egypt’s exports is made up of cotton and cotton textiles continue to grow to 16% in the 1970s. However, cotton was replaced by oil and petroleum products by 1985.

Italy, the United States and India are the primary export destinations of Egyptian goods, which comprises 9.4%, 7.1% and 6.2% if the total volume, respectively. It is also notable to mention that some European countries such as Germany and Spain along with Asian nations such as China and Japan are also considered top exporting markets for Egyptian oil and other products. 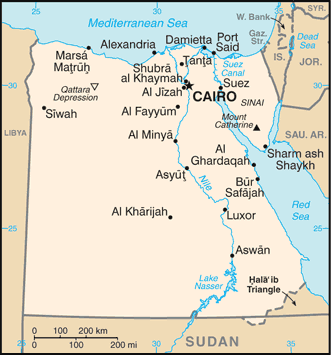 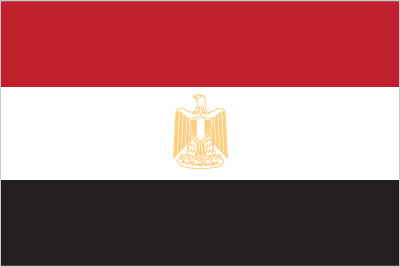