Over the last decade, Vietnam has become a top destination for investment in manufacturing – more desirable than other Southeast Asian nations like the ASEAN-4 countries (Indonesia, Malaysia, Thailand, and the Philippines). This has led many to wonder why Vietnam is such an attractive destination for investors.

China, the World’s Factory has lost some of its appeal to foreign investors in recent years.

Rising wages, mounting tensions with the USA, and, more recently, stringent COVID-19 regulations are prompting many manufacturers to look beyond China’s borders when deciding where to set up shop.

Over the last decade, Vietnam has become a top destination for investment in manufacturing – more desirable than other Southeast Asian nations like the ASEAN-4 countries (Indonesia, Malaysia, Thailand, and the Philippines).

This has led many to wonder why Vietnam is such an attractive destination for investors.

While the world of international manufacturing is complex and cannot be realistically explained by a succinct list, there are some overarching themes behind the reasons why Vietnam is more attractive to investors than the ASEAN-4 countries.

China used to be synonymous with low-cost labour.

Over the last several decades, however, wages in China have grown steadily, forcing many producers to look elsewhere for the labour input needed to produce their goods. While not the lowest in Southeast Asia, Vietnam’s average monthly wage is around one-third lower than wages in the ASEAN-4 nations, and around half of those in China, according to data from the National Wages and Productivity Commission.

For manufacturers whose labour costs can often comprise 20-30% of the total gross sales value of their finished goods, making use of low wages can lead to a significant business advantage.

However, wages are not the only determinant of the decision on where to establish production.

Incorporating Vietnamese producers into supply chains is relatively straightforward both upstream and downstream.

In terms of upstream supply chains, it is near impossible for any Southeast Asian manufacturer to fully escape China’s gravitational field.

With over $3.8 trillion worth of manufacturing output per year comprising 28.7% of the global total, odds are that any manufacturer will be relying on Chinese components at some point in its upstream supply chain.

Unlike the ASEAN-4 nations, Vietnam shares a border with China.

This common border makes it easier for manufacturing firms in Vietnam to integrate into China’s vast network, reducing friction by eliminating the need for component parts to pass through multiple countries – potentially eliminating tariffs along the way.

On the downstream side, incorporating Vietnam into the supply chain is also a relatively unencumbering process.

This is because Vietnam is home to two international airports, several major ports, reliable power, and easy internet access.

In addition to this, since the country is small in geographic size, most suppliers are located close to an airport or major seaport.

This makes it easy to get the finished goods from the factory floor and into the hands of waiting customers.

However, physically getting the necessary supplies to the factory and getting the finished goods out of the country is only one aspect of international trade – firms operating across borders must also deal with many other trade barriers, such as tariffs.

Being able to easily produce goods at a low cost is not the end of the story – businesses must also be able to sell these goods to customers and this often involves keeping prices low.

Relative to a lot of other Southeast Asian countries, Vietnam makes it very easy to sell domestically produced goods in other countries without unnecessary added costs.

This is because the country is party to 15 different free trade agreements that encompass more than 50 countries around the world.

For manufacturers, this means that a good produced in Vietnam can be sold to other markets – including many wealthier western markets – without needing to pay prohibitively expensive tariffs along the way.

Another reason why investors may lean more towards Vietnam rather than some of the ASEAN-4 nations is Vietnam’s relative security and political stability.

According to the US Department of State’s 2021 Investment Climate Statements: Vietnam, “Vietnam’s political and security environment is largely stable and protests and civil unrest are rare.”

By contrast, this same US Department of State report for the Philippines emphasises that “terrorist groups and criminal gangs operate around the country,” and highlights recent examples of extended periods of martial law being needed to quell the actions of these groups.

As another example, since 1932, Thailand has experienced 13 successful and 9 unsuccessful coups, more than any other nation.

Inevitably, this political instability and related security concerns inject added risk into establishing a manufacturing base in the countries – not the most inviting atmosphere to invest millions of dollars into setting up manufacturing. According to The World Bank’s index, Vietnam ranks well above many of its Southeast Asian peers, including three of the ASEAN-4 countries, in terms of political stability a lack of violence.

While none of these factors on their own may be particularly enticing for foreign investors, the combination of all four is clearly enough to make an impact.

Vietnam has weathered the COVID-induced supply chain disruptions well, still being regarded as a key and growing manufacturing hub.

As the government continues to strike free trade agreements around the world and invest in domestic transportation and communication infrastructure, Vietnam’s prominence as a rising manufacturing centre seems poised to continue to grow.

Why Vietnam is more attractive than ASEAN-4 as a manufacturing alternative ...

Towards the supply chain of the future: Why digital trade finance is the m...

After two decades of steady growth, are we at a breakthrough moment for fac...

The strongest recession since WWII. What does 2021 have in stock for global...

PODCAST: ‘China Plus One’ Strategy – Best of Both Worlds?...

Insights from the International Trade hub 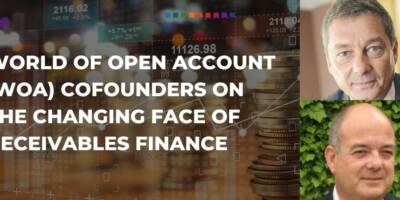 World of Open Account (WOA) cofounders on the changing face of receivables finan... 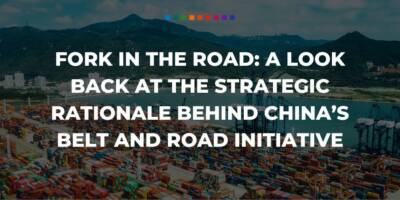 Fork in the road: A look back at the strategic rationale behind China’s Belt a... 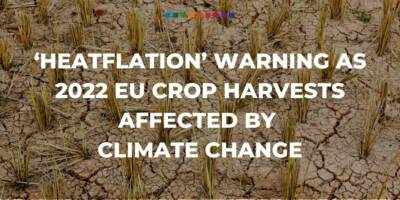 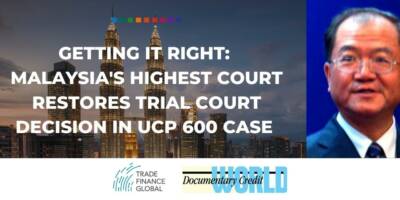