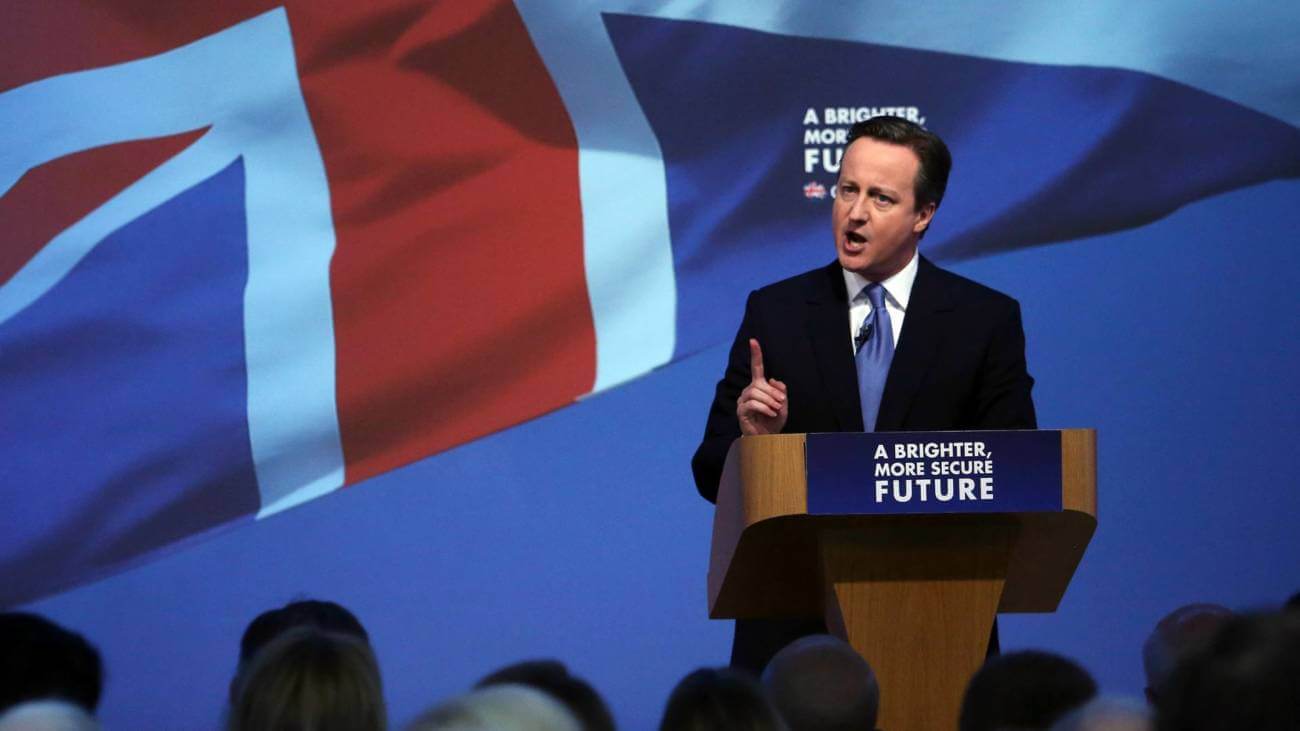 Markets are up almost 2% on the back of the Conservatives winning the election. Traders have also bet over night on the strengthening of the pound, which registered its biggest jump against the US dollar since 2009. The news that David Cameron is returning to Downing Street after the elections is predicted to be great news for British business.

There is fallout from this news; that stocks in property and energy companies will have risen. In terms of taxation, the Labour mansion tax will not be introduced. The yield on UK government gilts fell rapidly due to the expectation that interest rates will remain low as the Bank of England will carry on along their current course. Even though the Tories still lack having an overall majority, last night’s early exit polls put the Tories on 316 seats, which led to the rise in the pound. The FTSE 100 rose to around 7040 at the open, but has moved mid morning; but still to remain at over 1% up.

Business has breathed a sigh of relief as Labour had vowed to concentrate on financial institutions, energy companies, service companies, gambling entities and housebuilders. With a stronger pound and resultant higher purchasing power in the relation to trade; we think this is good news for the UK economy.

What we have seen is very much a relief rally and it will be interesting to see what happens when the dust clears. There may be an in-out referendum on the EU, the Greek query that looms over the Eurozone and with SNP getting stronger, it is important to look at Scotland’s association with the United Kingdom.

We wait to see what will happen but the clear path and consistency can only be seen as a good thing.