“The Committee thought that the ICC could render a practical service to international trade by seeking to obtain international uniformity in this matter.”

Fascinatingly, the above does not refer to the Uniform Rules for Digital Trade Transactions (URDTT). In fact, it was a statement made by Wilbert Ward, the US representative at the Fourth ICC Congress that took place in Stockholm from 27 June to 2 July 1927, during which the standardisation of export commercial credits was discussed.

The circumstances of the last two years have forced a re-think in the trade finance arena and brought digitalisation into focus as never before. Whilst we are still at the early stages, the building blocks via numerous evolving technologies are in place.

The challenge is to digitally replace what is estimated by the ICC to be four billion paper documents circulating in the trade system, with a single trade finance transaction possibly requiring more than 100 pages of documents

As was highlighted at the G7 conference in 2021, digital technology is at the heart of building back better from the pandemic, playing a vital role in improving internet safety and transforming the economy.

One of the key interventions identified by the G7 Digital and Technology Ministers’ Declaration was greater adoption of electronic transferable records, and G7 members agreed to identify the legal and regulatory barriers which prevent the use of electronic transferable records by business to make economic savings and to generate efficiencies in time, security, and data processing. This work will leverage upon the UNCITRAL Model Law on Electronic Transferable Records or MLETR as it has come to be known.

It’s been mentioned by the G7 that transferable records, such as bills of lading, are the most important commercial documents in trade and trade finance. Currently, less than 1% of bills of lading are in electronic form. This is a huge missed opportunity, given that electronic transferable records will make it easier, cheaper, faster and greener for companies to trade.

It will bring global trade law into the 21st century by enabling businesses across the globe to move from paper-based to digital-based transactions when buying and selling internationally. The G7 countries have agreed to examine the legal barriers, and regulatory and technical issues that impede the adoption of electronic transferable records.

In line with this, ICC UK has recently established a global initiative, the Centre for Digital Trade and Innovation (C4DTI). Its core mission is to accelerate the digitalisation of trade, the implementation of open systems based on common international standards and a digital trade system that is paperless, sustainable, and secure.

The URDTT came into force on 1 October 2021, so are very much in their infancy. At the inception of the drafting process, the Drafting Group was given a strict mandate to develop a high-level framework outlining obligations, rules and standards for the digitalisation of trade transactions.

This work is now supplemented by a Commercialisation sub-stream that is examining both the ICC eRules (eUCP/eURC) and the URDTT, and is developing a framework to evaluate the challenges and ideas to drive commercialisation and adoption forward.

This will result in a comprehensive plan and recommendations to be published in 2022. In the meantime, an implementation guide to the URDTT has been published.

The guide details various generic themes which should be taken into account when utilising the URDTT. These include the buyer and seller agreement, legal issues, technology requirements, and the usage and examination of electronic records.

There is also a comprehensive section on Operational Issues. In order to gain optimal benefit from the URDTT, a clear understanding of applicable operational issues is essential.

As to the scope of the URDTT, the rules are entirely compatible with UNCITRAL Model Laws, primarily MLETR which, as mentioned earlier, is the foundation for the G7 work on the digitisation of trade.

It is important to note that any Digital Trade Transactions subject to the URDTT must be digital only – no paper!

A major significance is that the basis of the rules is not bank-centric. Everything derives from the buyer/seller agreement and, of equal significance, the rules recognise that financial services providers in the current world are no longer restricted to banks only.

What is a Digital Trade Transaction (DTT)?

A DTT is a representation of the underlying transaction and is the process by which the terms of the commercial contract between the seller and the buyer are recorded and progressed. Intrinsically, a DTT is distinct from a commercial contract.

In order to be subject to the rules, a DTT must specifically state so, and it should satisfactorily reflect the underlying commercial contract.

As a matter of course, and in order to allow for the necessary examination process, a DTT must specify the terms and conditions by which compliance of an electronic record will be determined.

The rules focus entirely on a digital environment, thereby allowing the involved participants to submit and share information digitally.

As with all ICC rules, the URDTT are independent and neutral and provide a collective understanding of terms and definitions. As a result, the rules will augment the avoidance of repetition within ‘platform’ rulebooks, whilst promoting and supporting the usage of electronic records.

The changes in the law that will derive from MLETR will allow for possession of Digital Negotiable Instruments – possession has been the stumbling block in the past – and for this, the ICC rules are ready.

Read the whitepaper here
What is next for URDTT?

Various technology service providers have already publicly stated their intention to work with the URDTT. In fact, a number have already incorporated the URDTT into their platform rulebooks and are actively looking at developing trade products based upon the URDTT.

Exciting times for the rules are ahead!

David Meynell is the founder of TradeLC Advisory, an advisory and consultancy service, and the co-owner of www.tradefinance.training, an online training platform for all aspects of trade finance. He previously worked for Deutsche Bank for over 30 years in a number of international locations, culminating as Global Head Trade Product Management for Financial Institutions. David is Senior Technical Advisor for the ICC Banking Commission and former Chief Examiner for the LIBF Certificate in International Trade Finance (CITF®). David co-chaired the ICC Working Group on the e-compatibility of ICC digital rules, leading to the release of eUCP Version 2.0 & eURC Version 1.0, and contributed as technical advisor to the drafting and publication of the ICC Uniform Rules for Digital Trade Transactions. He has recently been appointed as Digital Rules Advisor to the ICC Centre for Digital Trade and Innovation (C4DTI). 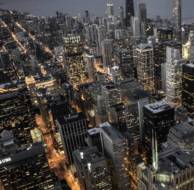 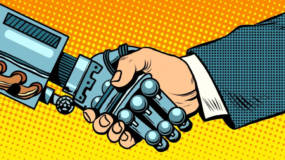