How America’s New President will affect the global economy

It is clear with election of Donald Trump in 2016, that the world has potentially entered a new economic era, with electorates possibly voting for populist business policies as a… read more → 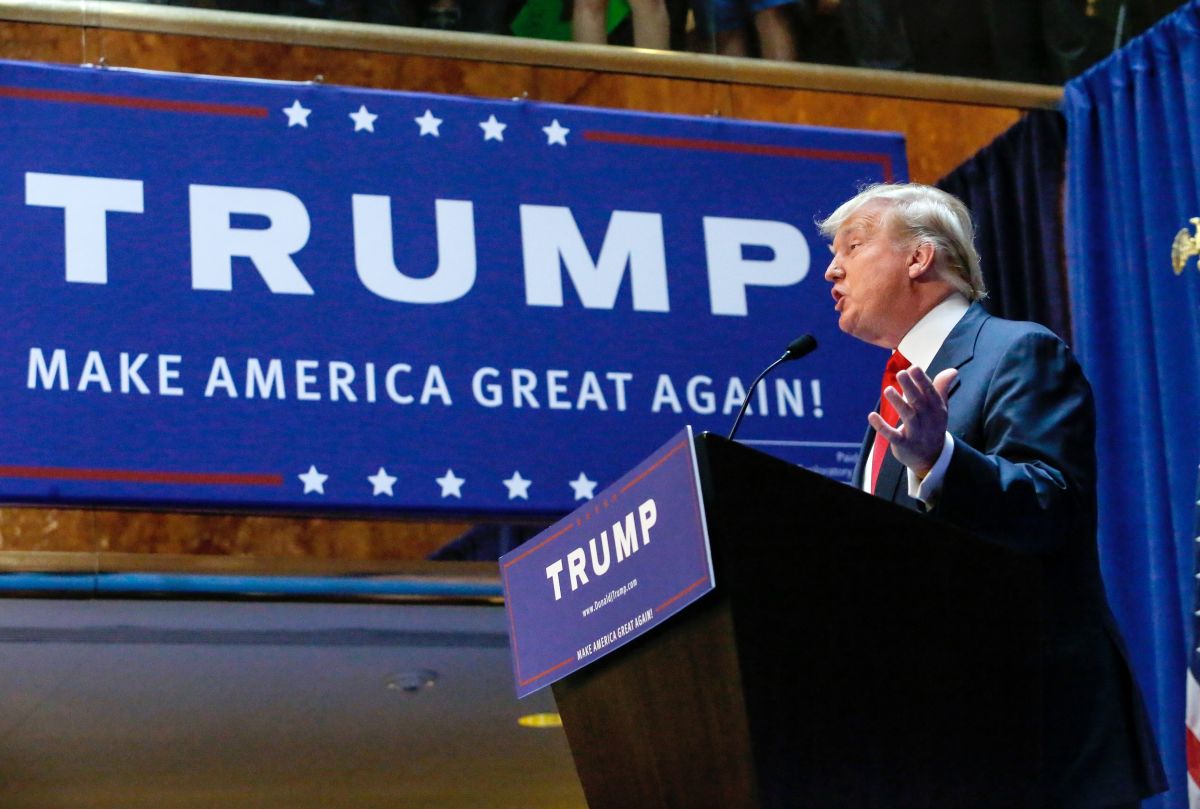 It is clear with election of Donald Trump in 2016, that the world has potentially entered a new economic era, with electorates possibly voting for populist business policies as a rejection of progressive Neoliberalism. Neoliberalism is a modified form of Liberalism which tends to favour free market capitalism. It has been the prevailing western economic ideology since the 1980s. Nevertheless, what is now becoming clearer is that Donald Trump’s election will have economic and business repercussions all over the world; such as a trade war in China, and job turmoil in Mexico. It is fully clear that Trump’s time in office could provoke turmoil within the economic system.

Arguably Mexico as a nation state has the most to lose from the election of Trump. Trump raised support amongst blue collar voters in Southern states, bordering on Mexico, making the assertion that the US manufacturing jobs have migrated across the border in Rio Grande, Mexico, where labor costs are considerably cheaper for companies. This is also the result of Bill Clinton’s signing of the North American Free Trade Agreement (NAFTA). Trump has stated that if he cannot stop NAFTA then he will dismantle the free trade deal altogether. Furthermore, Trump has also threatened to put 35% tariffs on certain Mexican goods, and has vowed to shut down the sweatshops that undercut American labor and jobs.

From Trump’s proposed measures it is clear to see that Mexico and America’s economies would be both greatly affected. With his threats to also deport five million Mexican migrants currently working in the United States, Trump’s policies would have a profound impact. Despite, only being able to speculate at this current moment in time, it seems that these policies would make trade between the US and Mexico significantly slower and millions of repatriated workers would lead to some enterprises and foreign investment capital ceasing, leading to US consumers seeing price rises amongst day to day goods.

It is evident that Mexico is not the only South American country that may potentially suffer due to Trump’s policies. As Claudia Calich fund manager at the M&G emerging market bond fund, states “remittances from people working illegally in the US are worth 5.6%, 8% and 13.2% of GDP to the economies of Guatemala, El Salvador and Honduras respectively.” 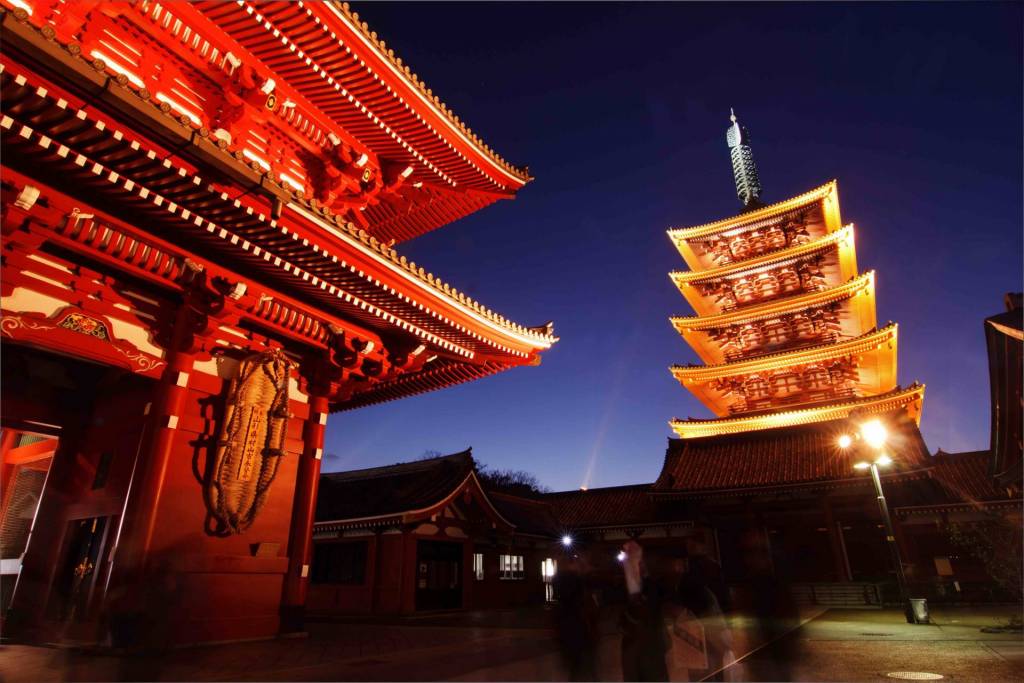 From the start of the election campaign it has been evident that Trump would have a very clear approach on how he would continue US relations with China. Trump has given instructions for his Treasury Secretary to label China as a ‘currency manipulator.’ He has also proposed to confront Beijing with the World Trade Organization. Trump will also preside over raising Chinese imports to a 45% tariff rate to allow competition from other US businesses.

The United States is the largest market for Chinese exports, making up 20% of their total market. If Trump’s  aggressive proposals are implemented than this could have drastically negative consequences for China. Some of which could result in job losses in the manufacturing sector and a considerable slowdown in China’s economic growth.

Beijing would have to face up to Trump’s aggressive fiscal policies against china, and make take a conciliatory approach to economic relations with the US. Deciding to increase direct Chinese investment into the US, signifying their support for Trump’s promises to rebuild the American economy.

However, it seems unlikely that Beijing would take this stance and It is more likely that China would adopt an aggressive and nationalistic stance in response to Trump’s policies. Beijing has many economic assets, that are important to the US market such as the acquiring of US Treasury bonds in recent years, which has led to a trade surplus in the US. Beijing could drop its possession of US assets which would largely impact negatively on the economy. The possibility of a global trade war between the USA and China cannot be ruled out. China could put high tariffs on US imports too.

In recent years US foreign policy has looked Westwards across the pacific under Obama, who wanted to try and keep countries such Singapore, Brunei, Japan and Malaysia out of the realms of Beijing. Obama’s plan for relations between the US and these countries had been to create a US-led free trade zone that would include all major economies in the Pacific apart from China’s.

Since Trump’s election this aim has been completely discounted. It is clear that there will be no TPP whilst Trump is in office, and it seems that all Atlantic Pacific countries will remain under the same protectionist policies as Mexico or China.

This will most likely incur slower growth across the Asian continent as exports and investment become far and few. Japan, whose economy has been tumultuous for a considerably amount of time, would appear to the country that would lose the most from a Trump presidency, but is far from the only nation within the continent to be facing economic uncertainty.

The protectionist US stance that Trump has taken against China, may give the country, the opportunity to increase its influence throughout the region, as other countries within the Pacific become more dependent on its market.

Despite, the political future for the European being the major worry for the continents main leader, that is not to say that Trump’s policies will have no impact either. There are upcoming elections in France, Germany and the Netherlands, where experts will be closely watching whether the populist wave that brought Trump to office will continue.

Nonetheless, undoubtedly Europe will suffer from economic effects of Trump’s presidency just like the rest of the world. The Eurozone relies heavily on exports, for economic growth. These could be affected by an increasingly restrictive US trade regime and if a weakened dollar drives up the Euro on foreign exchanges.

The negotiations for Transatlantic Trade and Investment Partnership (TTIP) are looking less likely to ever be completed, because Trump was against the principle of a trade partnership from the beginning of his campaign.

However, the relative stability of markets after Trump’s election will bring much relief to European banks, which have suffered from some issues in previous months. Such as the poor financial state of Italian banks and the German bank Deutsche. A relatively stable financial system in recent months seems to have kept any problems at bay.

It is likely the Britain will also suffer some economic slowdown which would be in part due to Trump, as Britain is one of the biggest exporters of services in the world and to America.

However, Trump’s protectionist policies are targeted at cheap manufactured goods, so it gives Britain some confidence that UK firms will not be too heavily impacted.

There is some suggestion, that Trump’s election to office could help the UK within the Brexit climate. As Trump has stated that Britain will be at ‘the front of the queue.’ When it comes to a free trade deal between the two countries.

This will be of good news to Theresa May who is desperate to demonstrate to electorates that Britain can hold its own on the world stage after leaving the European Union. If she can show that she can successfully negotiate a trade deal with Trump, then she is likely to be in a better position to bargain with the other 27 EU member states. Nonetheless, as with the rest of the global economy it is clear that Trump’s presidency carries some economic risk to all countries.

In conclusion, it is clear that Trump’s presidency will carry some repercussions to the global economy. It is evident that US global leadership could well move away from free trade, globalization and open markets. At the current moment it is impossible to fully predict what the outcome of Trumpism will be for the global economy. However, it is certain that there will be some negative consequences for emerging economies and multinational companies, whose business strategies have assumed in flows of free trade and continued globalization.
European UnionExportingglobal financeglobalfinanceMexicoPoliticstradeTrumpTrumpismusaworld tradeworldtrade

Morgan Lee is a Humanities teacher at Kingsford Community School. She is passionate about international, domestic affairs, project management and development issues. Having recently received a first class honours from the University of Birmingham in International Relations.