What Are the Driving Forces Behind Gold’s 2017 Performance

Gold – chemically abbreviated to ‘Au’ originating from the Latin word ‘Aurum’, is widely seen as the investor’s safe haven in times of economic turmoil. The reason for this, is… read more → 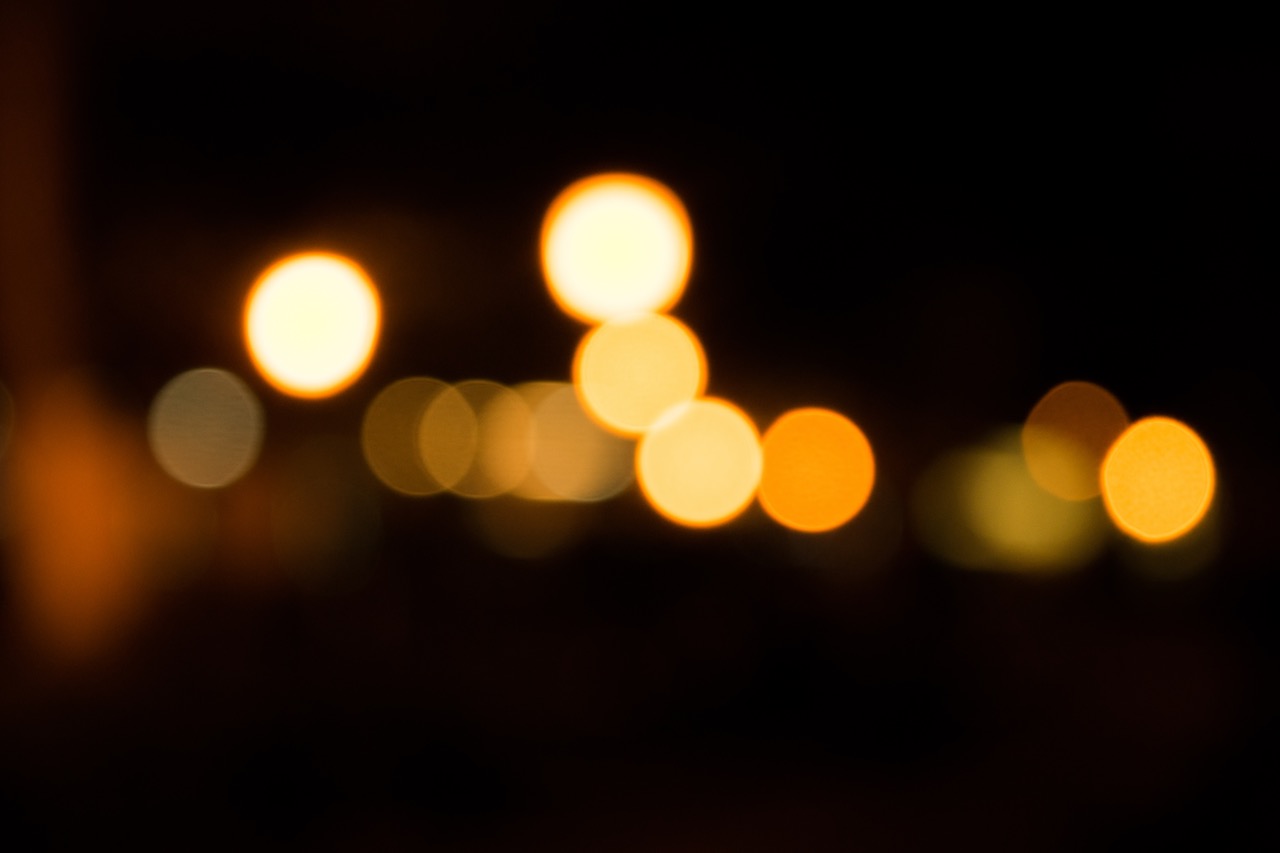 Gold – chemically abbreviated to ‘Au’ originating from the Latin word ‘Aurum’, is widely seen as the investor’s safe haven in times of economic turmoil. The reason for this, is when paper currencies are performing poorly, financial minds turn to gold’s natural weighted value. Due to basic laws of supply and demand, as more turn to gold, the price increases.

Uncertainty surrounding paper currencies have devastating effects to the respective currencies value, however, it’s effect on the price of gold is invaluable. A good first example would be the political turmoil of the recently voted-for ‘Brexit’ which instilled uncertainty in the British Pound and economy.

The reason for this being that Britain’s membership within the EU was well intertwined with a large portion of their international trade and foreign investment. When this membership was axed via vote of the British public, the logistics of leaving the EU whilst maintaining trade and investment levels were complicated – presenting uncertainty which left the Pound Sterling at the lowest it had been against the U.S dollar in just over 30 years.

The mentioned uncertainty is well explained in Trade Finance Global’s  The EU Referendum and Trade Finance – What you need to know about Brexit, with a detailed ‘Upside’s’ and ‘Downsides’ account pre-Brexit. 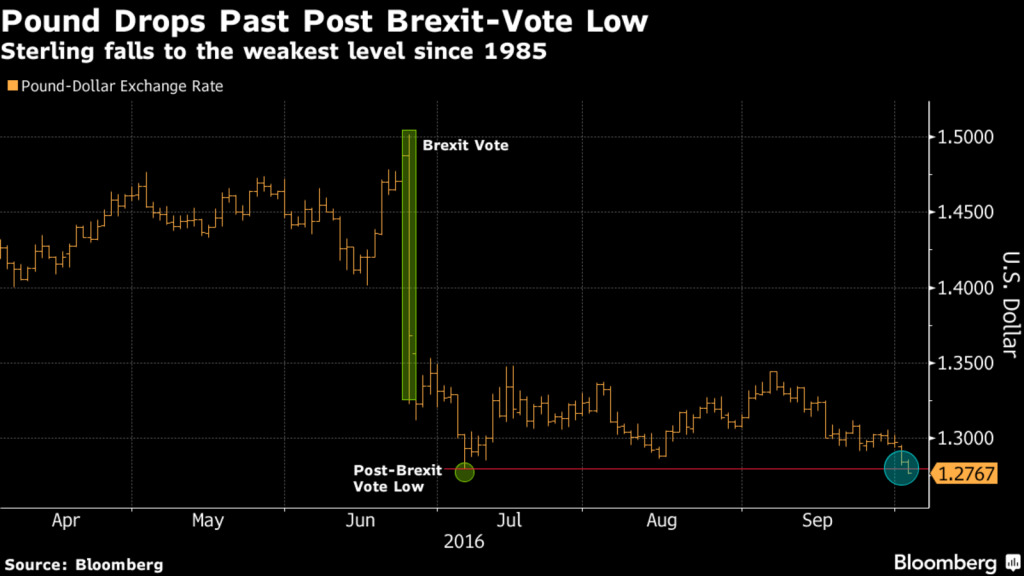 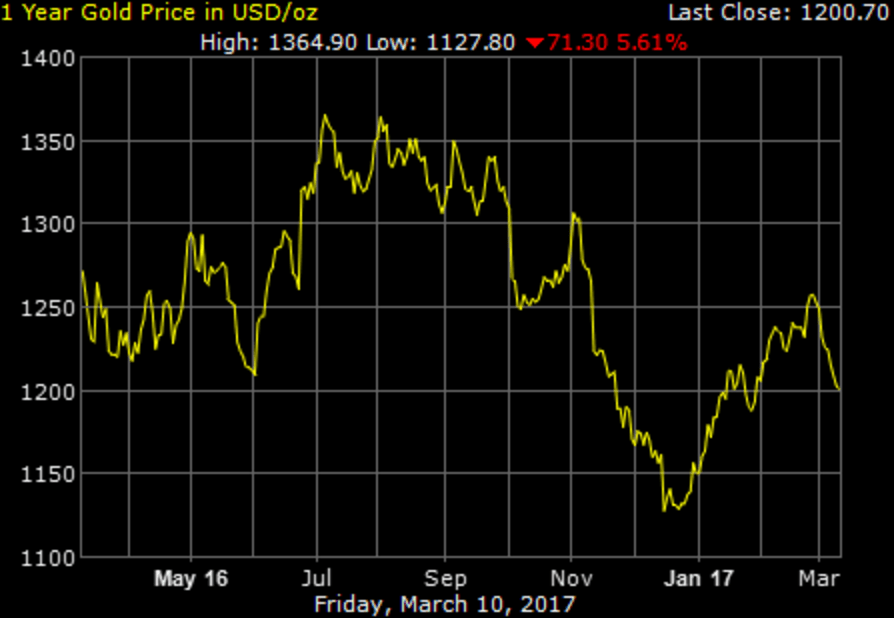 This shows the resulting, inevitable exit from the EU for Britain pushing investors away from the pound in attempt to protect their capital. Due to the turmoil, gold and its intrinsic value remain constant and is therefore more attractive.

Although the correlation between the two is not completely parallel, it is important to note its – relevance nonetheless.

For a more in depth analysis of Brexit’s affect on the market, see our article Where is the market Post-Brexit.

Global inflation rates increasing, translates to devaluation of currencies – because they are no longer worth what they once were. With The Federal Reserve holding interest rates at 0.25% from 2009-2016, the risks of U.S inflation are evermore concerning.

The American use of quantitative easing has also had an immense effect on the price of ‘Au’ as, to put it simply, when more money of a fiat currency is created, it lowers the value of that currency globally (basic supply & demand). With commodities such as gold that are internationally priced in U.S Dollars then increasing in price, investors will need more of the currency to purchase the same amount.

Inflation’s other role in the value of gold is based more around the confidence levels of Investors. When the Federal Reserve announces potential interest rate hikes, gold’s value increases immensely. The aim of the low interest rates held by America was to increase credit availability – eventually leading to a refurbishment in inflation, especially levels after the deflation experienced in 2009. As inflation returns to healthy levels, the rate of interest (essentially the cost of money) is likely to increase also, as stated by Federal Reserve’s Chair Janet Yellen.

U.S Inflation hit a four-year high in February, with CPI standing at 0.6% in January as reported by the Bureau of Labour Statistics. This shows a sluggish but real recovery of the economy, as the Fed has been battling gentle inflation since the crash of ’08. This higher-than-anticipated index came mainly from energy, food and apparel, three evidently influential markets.

Although Ms. Yellen has not specifically given a yes or no with regards to rate hikes, she has however indicated that waiting too long for the rate hikes would be “unwise” during her report to the senate banking committee. Janet also went on to say that the federal reserve will not be setting policies based on speculation, and will wait for a “clearer picture” of the economy’s progress.

The Fed’s actions in interest rate policy will play a major factor for the price of gold, so if you have investments in the yellow metal, or are looking to finance ore and minerals including gold– check out our Trade Finance Ores and Minerals page.

Central Banks around the Globe

Due to international central bank history with respect to gold accumulation, and also the aforementioned importance of the Federal Reserve’s actions, Central bank’s around the globe have a strong affect on the price of gold.

Looking at the official gold holdings data from the World Gold Council, we see the United States in first place with 8,133.5 tonnes of gold, which is a 73.8% of their reserves. In second is Germany with 3,377.9 tonnes, a 67.6% of their reserves. Another important country is China, as the second largest economy in the world (Worldbank.org). Currently in sixth place in Gold holdings after subtly crossing the 1,000 tonne mark, they currently hold 1,842.6 tonnes of gold, a much more diluted 2.2% of their holdings.

So why is central bank accumulation of gold so vital to its performance? The answer is the sheer size of their purchases. Due to uncertainty surrounding the USD, Central Banks have experienced recent pressure to diversify their holdings to protect themselves against potential failings. By doing this, they allow the market to react to the soon-to-be higher demand for gold, thus, pushing the price even higher.

With Janet Yellen and the Federal Reserve closely monitoring U.S economic conditions, their interest rate decisions are sure to be a vital factor of the price of gold in 2017. As mentioned, Yellen has hinted at rate hikes this year, and with the levels of credit produced via the sustained low interest rate could see American inflation become more of an issue than their deflation, leading to gold’s price to continue its upward trend.

With recent controversial political events, such as the election of Donald Trump, and the Brexit Vote, macroeconomic stability is in question, meaning uncertainty is almost a given. Keep an eye on the Fed’s actions and reports over the coming months, as we wait for the “clearer picture”.

Want to find out more about ore and mineral finance?