At the start of November people might have noticed the jump in crude oil price to $57, which was a record high in over two years. In this post, we’re… read more → 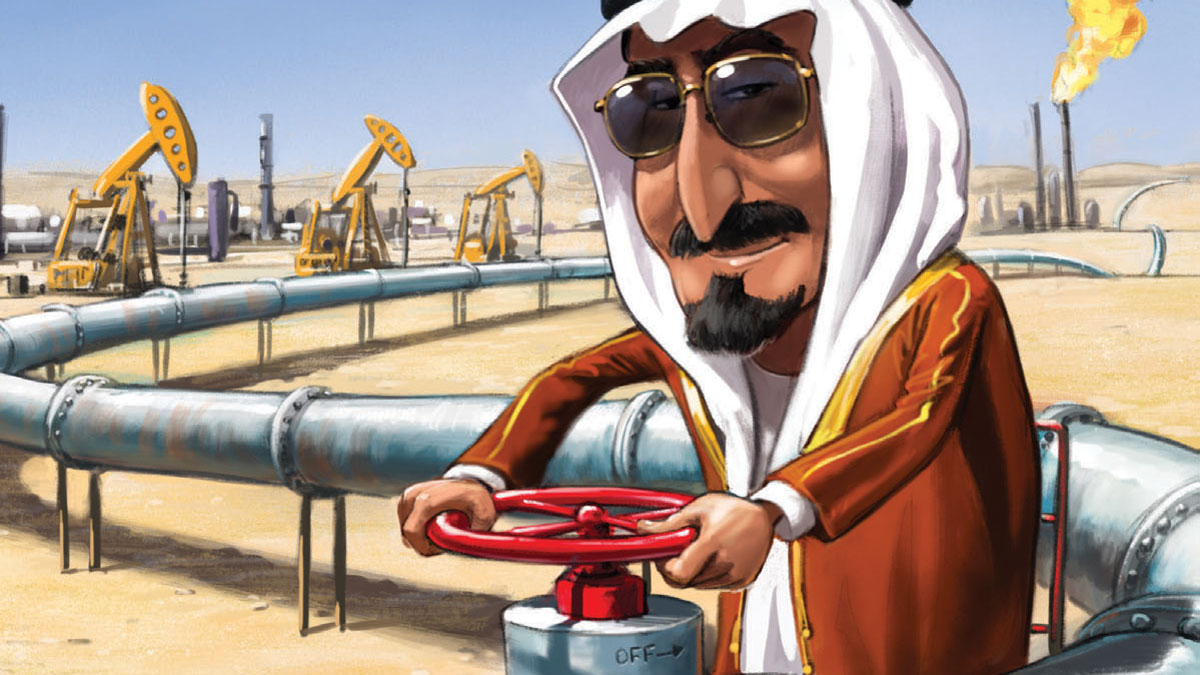 At the start of November people might have noticed the jump in crude oil price to $57, which was a record high in over two years. In this post, we’re going to explore this price jump and the key influencing factors.

From the graph above we can see that at the beginning of November the oil price reached its two year high, at $57.21 on the 6th November. There was steady rise in oil price subsequent to this, and there are many factors that could cause the price of crude oil to rise so rapidly.

First of all, there were problems in Saudi Arabia, many Princes were arrested because of anti-corruption, which we’ll cover in the following sections. Secondly, the price of oil, as with any other commodity, reflects the supply-demand economic model; if supply decreases and demand increases price will rise. OPEC (Organisation of the Petroleum Exporting Countries) decided to make a rule about the cut of supply of oil which forced the oil price to increase. Therefore, as there are still countries trying to push cutting supply such as Russia and Saudi Arabia, as well as  OPEC is deciding on further cuts, the oil price rose.

On 4th November there were many events happening in Saudi Arabia. Starting from a ballistic missile towards Saudi territory to the anti-corruption arrests of Saudi Prince and billionaires.

Saudi Arabia is the biggest oil exporter in the world, and any political uncertainty or conflict can change the price of oil dramatically. On 4th November King Salman established new anti-corruption committee and ordered the arrest of 11 princes, four ministers and many rich businessmen such as Saleh Kamel or Nasser Al Tayyar. 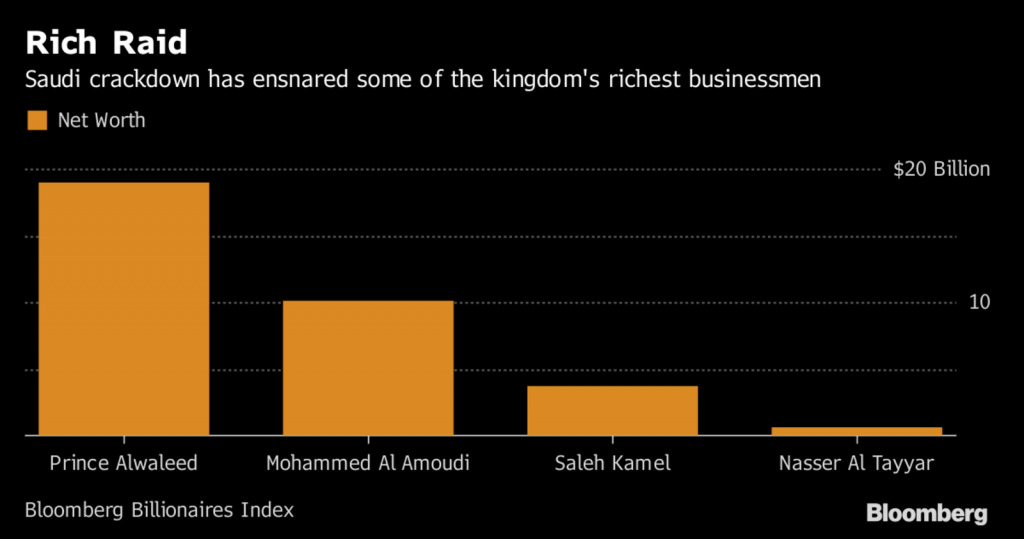 The graph above shows the net worth of the arrested businessmen. The people in the graph hold a big share of assets in the global markets. These people have an impact on the decisions and actions of Saudi Arabia. For example, Prince Alwaleed shared his idea of floating some of the giant oil companies. Therefore, each arrested person had some influence on the market before.

This event was very crucial in the oil market, because the bank accounts of these individuals were frozen, and many of them played crucial part in the government of the country. As a consequence of these events Brent crude prices jumped 3.5 percent to $64.27 a barrel on the 4th November.

This attempt of arrests can also be seen as strengthening power of the Crown Prince Mohammed bin Salman who is son of King Salman and is head of new anti-corruption policy. Therefore, by making this arrests he wanted to assert his authority and stability in the country. At the moment, many of the arrested try to negotiate their freedom in return for assets and cash, if they get deals done this can reduce uncertainty in the markets but at the same time it will affect Saudi’s risk perception from external investors.

Hidden reasons of the conflict and conclusion

All the news from Saudi Arabia forced oil prices to rise; however the question which does arise is whether this was done on purpose. Over the last years oil price has been falling, and as Saudi Arabia is reliant on oil, businesses and its economy have suffered. It has been stipulated that the Prince needed to find a way to push up Oil prices in addition to OPEC supply cuts.

From the above graph we can see that crown prince did not cut oil supply in June and boosted oil supply, this was done to drive-out higher cost producers. He also cut overall more than it was under agreement with OPEC by trying to boost oil prices more. All this actions show that Prince wants to return to the position where Saudi Arabia can influence markets. Even the anti-corruption actions will not change in kingdom’s oil policy.

Prince Mohammed is trying to show his power in the country, but he needs to approach the situation carefully in order to reduce risks, oil price swings, and any economic challenges. Another thing to bear in mind is the private investment and private business activity in the country, and the reputational of Saudi Arabia that Prince Mohammed should protect.

We will see how this event will change Saudi Arabia’s market in the future and its influence on the markets.

Veronika was born in Latvia and is studying at Durham University. Veronika's interests include StartUps, technology, the blockchain, and self-development. She enjoys travelling and exploring the world and different cultures.