Twitter has changed the way politics is portrayed. Not only has it arguably drifted political opinions further apart, but it has also given rise to issues like false information and hate speech in the political discourse.

Twitter has changed the way politics is portrayed. Not only has it arguably drifted political opinions further apart, but it has also given rise to issues like false information and hate speech in the political discourse.

When Donald Trump in a campaign rally speech turned his attention to four congressional women and to Ilhan Omar in particular, an extraordinary moment happened: As the crowd began to chant ‘Send her back’ (the Somali born came to the US as a refugee child) the president paused for a second.

Whether or not he intentionally let them keep on with their shouting shall not be reviewed here; but rather how the situation escalated to that moment. One can surely ascribe reasons that led up to the event to the social media platform Twitter.

Development and role of the network

Ever since the network was launched, its influence on politics has grown. Twitter became the meeting point of journalists and politicians, the place where debates take place before they enter mainstream media.

The most notable feature that made it grow into that function is that it is a method for mass communication that goes under the radar of editorial filters.

An opinion can be expressed with multiple examples that it even goes against an official’s own party standpoints. Politicians doing that often intend to go against their party’s programme to be heard and get people talking about them. This brings the story back to Ms Omar and her disputed tweets. The Congresswoman suggested in a tweet that the political support of the US for Israel is driven by Jewish money and lobbying. The Democratic Party has taken a hit from this after all the majority of Americans are pro-Israel (around 60% partiality in the last years according to a Gallup survey). On the other hand, Omar, relatively unknown beforehand could seriously draw attention to her persona and the subject.

Another case in the Democratic party is Representative Alexandria Ocasio-Cortez who commentators say has, with the help of a substantial follower base, shifted the Democratic agenda to the left.

Using extreme words in a positive or negative way makes tweets more likely to be shared and get the author’s name trending according to Taha Yasseri, a research fellow at the Oxford Internet Institute. This is why political movements that are building on social networks can grow extraordinarily fast, but they are also prone to be more unpredictable since anything can become a trend.

This sort of extremism can also be observed on the right and it seems as though Twitter attracts people with radical views who aren’t afraid to get into verbal fights. As is known, things like harsh criticism and insults come a lot easier if you’re not facing the other person.

Adding to this, Twitter has another prominent feature to drive extremes: The echo chamber effect. Its intransparent algorithms want to feed you information that to keep you on the site, and in many cases users end up in a bubble with only the opinions that they want to hear, only receiving the facts that support their worldview.

It can, in fact, be broken down into three segments: confirmation bias, which is believing posts because they defend what one wants to believe; selection bias – picking data that backs our conclusions and availability bias, the presumption that what you have most recently seen is the most important.

Problems with the medium

This development has brought about two dangerous phenomena. Firstly, bots and fake accounts are growing by the thousands and not only provide ‘likes’ and generic comments but also spread the net with false information. They are estimated to make up 15% of all Twitter accounts according to a study from the University of Southern California and Indiana University. This is problematic because the live-tweeting of commentators during events are shaping opinions as those events are unfolding and often those comments and debates are featured in conventional media the next day. If bots come into this, they can distort the way an event is portrayed and tailor the agenda to their liking.

Secondly, Twitter gives rise to more intense rhetoric that can often cross the lines of the legal. Because messages have to be short and direct, topics that are easier to comprehend and express get more attention. Less emphasis on scientific facts and more debates on an emotional level lead to identity politics, according to economics professor Tyler Cowen. This is also where hate speech comes into play, an issue that social networks have to face on a daily basis. Twitter is an exception in this domain since it has the policy of leaving government officials’ tweet online.

Lastly, an important aspect of political Twitter is the influencing of financial markets. Due to their massive follower base, Donald Trump and Co. regularly shake the markets with announcements and opinions on economic topics such as tariffs and trade (link: https://www.tradefinanceglobal.com/posts/president-trumps-effect-on-trade/). A study, by UCL and LSE that investigated whether Twitter sentiment influences markets, found that it is, in fact, moving the market with respect to returns on stocks of selected retail companies, presenting a stronger relationship with them than conventional news but weaker volatility. A notable example of market moves being driven by Twitter in an extreme way is the hacked Twitter account of US news outlet Associated Press in 2013. After it falsely stated that the White House was under attack, the Dow Jones dropped by 145 points in a matter of minutes.

All in all, Twitter has changed many aspects of day-to-day political life and the associated reporting. While it has brought many new features for the good, however, there are some problems identified that need to be addressed more carefully by the network. 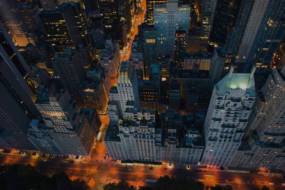 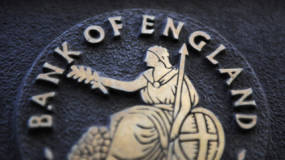 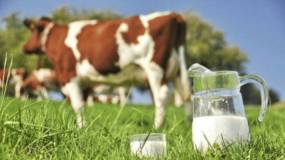