LSE’s Grace Lordon explores the gender gap that exists in trade finance, examining why it exists and how it might be overcome. 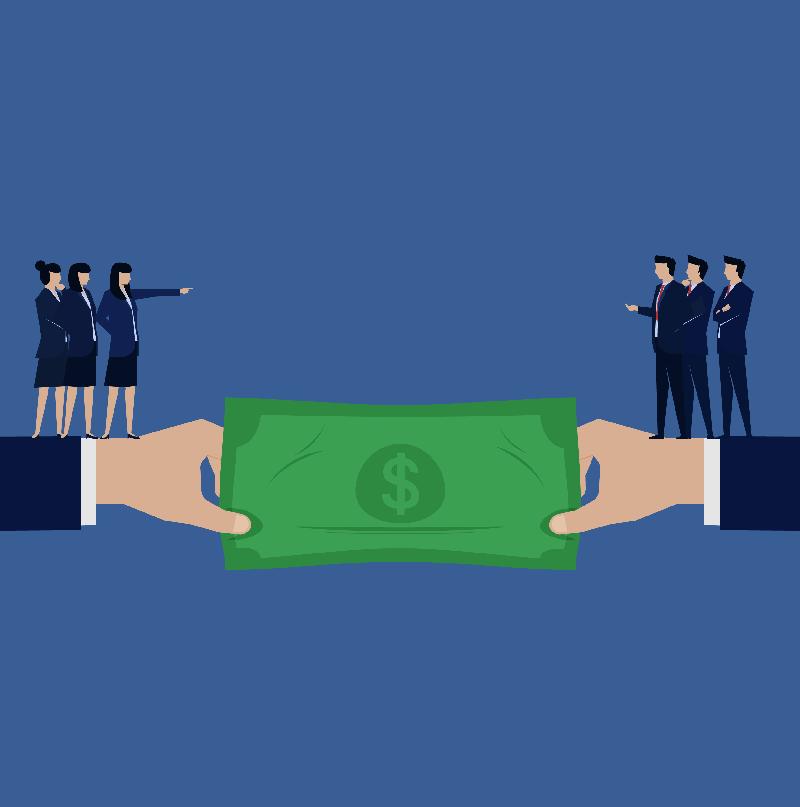 LSE’s Grace Lordon explores the gender gap that exists in trade finance, examining why it exists and how it might be overcome.

I teach executive courses at the London School of Economics as well as in various corporate settings. In addition to the courses on high stakes decision making focusing on capital structure, behavioural risk, and general conduct, I often cover diversity and inclusion. This is because who we choose to hire in an organisation determines its future success.

As someone whose research is interested in understanding why people choose the occupations that they do, trade finance is particularly interesting.  Looking at it from the outside in, a few stylised facts are highly relevant. Since the 1970’s women have chosen to converge into many occupations that were previously dominated by men, such as accounting and law, but not others, like the STEM professions.  Finance is somewhere in between. However, within finance, there is notable segregation by speciality, with trade finance being one of the most male dominated of the specialities. I would argue that we should care about the representation of women in trade finance beyond what it means for the individual themselves.  Trade finance professionals provide an invaluable service to the economy, where a large proportion of potential customers are females. I emphasise potential as the share of females actually accessing trade finance is also disproportionately low.

So, to begin with, we have a low proportion of women in trade finance. On top of that, those women that do enter the trade finance space experience a lower level of attainment on certain key outcomes, such as the propensity to get promoted and wages earned per hour. The question is why?

space experience a lower level of attainment on certain key outcomes, such as the propensity to get promoted and wages earned per hour. The question is why?

Like all other social phenomenon, there are a number of competing hypotheses. These include, among others: statistical discrimination, taste discrimination, and the working environment. However, an often overlooked hypothesis is that differences in male and female personalities impact labour market outcomes in trade finance. Research shows that the average female is more risk-averse, less competitive, more keen to avoid uncertainty, less extrinsically motivated, and are more cooperative. Some of these traits are clearly associated with higher rewards in trade finance jobs. Do note that these are not bad traits; in many instances, they are likely to be preferred. However, we often encourage females to adopt “male” traits in order to give them an advantage at work. I have seen this articulated in training courses in big firms and written in career development reviews.

Is it rational to adapt different behaviours at work to succeed? The evidence suggests that it is not. Overall it suggests that females who do adopt “male” traits suffer a backlash since both men and women have certain expectations about how women should act. When behaviour is outside of these norms, it is often not welcomed. To the extent that trade finance continues to reward these traits that are over-represented in males, the job will always have more males. It is worth re-assessing whether male traits like this should be valued so highly.  Often the value placed on these traits is unconscious. If the industry becomes aware of this subconscious bias, and works to overcome it in hiring and promotion decisions, we should see progress.

Firms looking to rock the boat even more should look for entry level talent outside of traditional economics and finance degrees, and place more value on non-cognitive skills and the hard skills necessary for the tasks within the job a new hire will do. These skills can be assessed prior to interview, allowing a more objective recruitment process and the prospect of hiring from broader pools of talent.

Moving forward, some of the challenges of hiring and retaining women can be informed by methods in behavioural science. Not all jobs can be filled with a blind recruitment process, like those in symphony orchestras. Nevertheless, there is a lot that can be done. More encouragingly, if done well, behavioural insights are cheap and allow organizations to definitively determine what did and did not work. Such insights allow firms to avoid continued investments into costly interventions that suck up time and money for little or no return.

Dr Grace Lordan is an Associate Professor in behavioural science at the London School of Economics. She is an economist by background, and her research is focused on understanding why some individuals succeed over others because of factors beyond their control. In this regard, she has expertise on the effects of unconscious bias, discrimination and technology changes. Grace is also interested in using the techniques of behavioural science to design interventions for firms to promote good conduct, diversity and inclusion and curb biases that creep into high stakes decision making. Grace has advised and given talks to large investment banks and international conferences on these topics. Grace has also led projects to advise commissioners in the UK and policy makers in the EC. At the LSE Grace trains executives in these approaches through her teaching on corporate behaviour and decision making.