FX Update: Markets look ahead to next week’s event risk

The week started very quietly in terms of economic data, although more Brexit fears caused the pound to weaken against the US dollar. There have been some encouraging headlines about… read more → 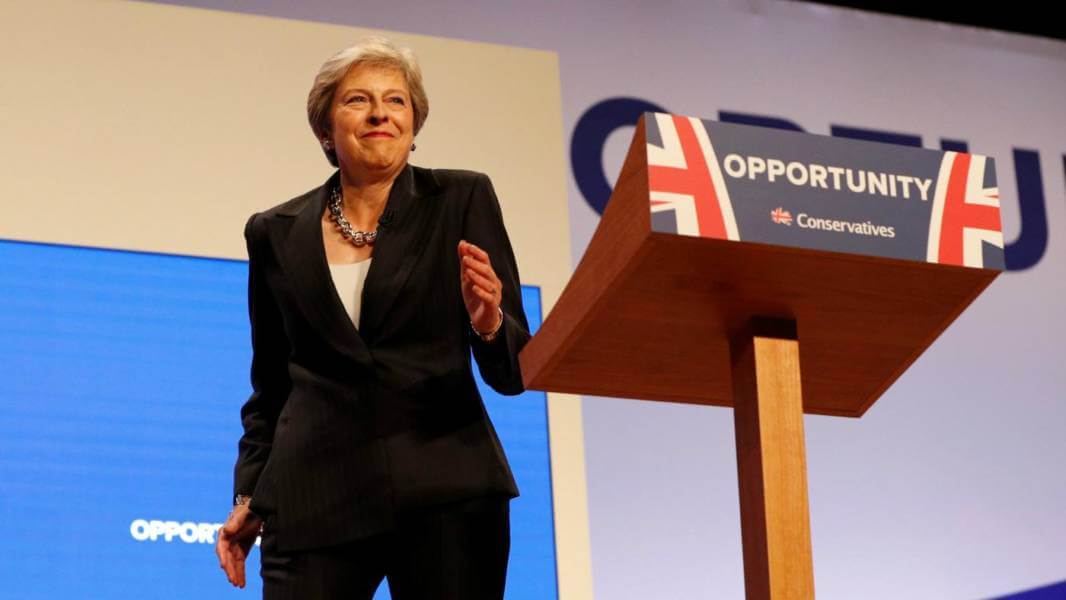 The week started very quietly in terms of economic data, although more Brexit fears caused the pound to weaken against the US dollar. There have been some encouraging headlines about a Brexit deal with the UK, but the SNP have said that they will vote against any deal that takes the UK out of the single market.

Yesterday’s European trading session continued the risk-off tone started by Friday’s US employment report. European equities traded lower as safe-haven currencies booked gains in the G10 space. The US Dollar traded higher against both the Euro and Pound while the Japanese Yen reasserted its position as the ultimate safe-haven currency. USD/JPY reached a low of 112.8.

In thinned US market holiday trade, it was hard to discern the exact cause of the markets’ malaise. Concerns that the US is beginning a cyclical slowdown after the pace of job creation fell in September—while the unemployment rate sank to a five-decade low—may have triggered the risk-off tone. However, on Monday this was perpetuated by concerns over Italy, the UK’s ability to negotiate a Brexit deal with the EU, and China’s reverse requirement ratio cut being unable to prevent a slide in Chinese equities.

Sterling was immediately on the backfoot on Monday morning after gaining 0.68% against the Dollar last week. Prime Minister Theresa May successfully survived a Conservative Party conference last week, seemingly ending recent speculation that she would be ousted via a leadership contest. This had boosted the Pound by reducing the risk of a hard Brexit, via the rebellious Eurosceptic fraction within the Conservative Party gaining power. Reports that May was changing the Withdrawal Agreement proposal to make it more acceptable to the EU also supported the Pound during the week.

However, on Monday, traders looked ahead to a heavy events schedule leading up to the long-awaited EU Council meeting taking place on 17th-18th October, the original date by which an UK-EU agreement was supposed to be reached. It finally dawned on the market that although the UK has made concessions to appease the EU, the EU had yet to respond concretely. The folly of last week’s Sterling rally was verbalised by a government spokesman Monday morning, saying ‘there is a difference between people talking optimistically about a deal and a deal being done’. Sterling continued to fall steadily against the Dollar on Monday, as traders trimmed their long Sterling exposure. 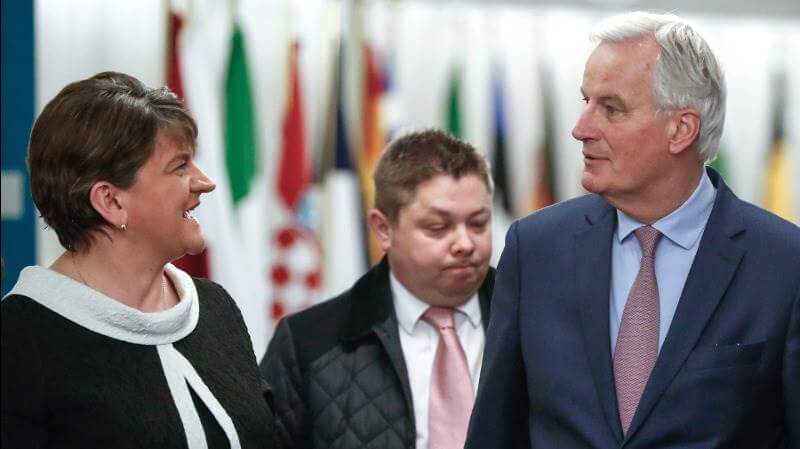 In upcoming negotiations, the issue is not the avoidance of a hard border for Northern Ireland. The United Kingdom is already committed to this under the December 2017 Joint Agreement. The issue is the Democratic Unionist Parties red line – that the UK leaves the EU as ‘one nation’, one customs area for the both Northern Ireland and the rest of the UK. This is currently the difference between the UK and EU proposals for the Northern Ireland backstop.

The Euro was also under pressure on Monday as Italy continued its combative approach to the EU. Italy’s Deputy PM described top EU officials as ‘enemies of Europe’ and accused financial speculators of seeking ‘the failure’ of countries. The fighting talk is setting the stage for a heated boxing match between the EU and Italy next week. Italy’s Finance Minister Giovanni Tria and Bank of Italy representatives will speak to parliament at 8:00GMT today, ahead of the deadline for the draft budget plan due to be submitted to the EC by October 15th. Italy’s 10 -ear yield reached a four-year high of 3.625% yesterday.

While the bond market focus has been on Italy, the US’s 10-year yield has reached 3.2423%, only 0.4ppt below Italy. The US Federal Reserve is now outright selling Treasuries and President Donald Trump’s fiscal stimulus has resulted in increased net issuance. This could create a perfect storm for US government financing. This is an evolving risk that should be kept in mind.

For the day ahead, the most important release of the session often flies under financial markets’ radar. The NFIB Small Business Optimism Index most obviously shows the impact of President Donald Trump’s economic stimulus of lower taxes and looser regulation. In August, the survey reached a new record high, underpinned by signs of real growth. Small businesses reported historically high, some record-breaking, levels of increased sales, investment, earnings and hiring. The only negative was that firms struggled to find qualified workers, limiting job creation in the sector. Signs suggest the US is hitting against its supply capacity. Canada September Housing Starts are likely to continue to moderate as higher interest rates and tighter lending conditions take the steam out of the housing market. 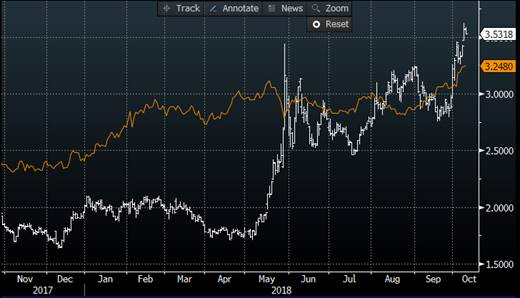