Celebrating Women in Trade 2021 – Why we’re Choosing to Challenge

#ChooseToChallenge. A catchy tagline, but what does it actually mean? TFG heard from AIG’s Marilyn Blattner-Hoyle on International Women’s Day

View all articles by Marilyn Blattner-Hoyle

#ChooseToChallenge. A catchy tagline, but what does it actually mean? Last weekend, I got first hand evidence. In yet another Zoom social with friends, I asked a toddler on the call “what do you want to be when you grow up?” and rather confidently, she answered with: “an astronaut”.

This year’s call to action for International Women’s Day is all about this. The power of becoming alert. By slowly changing who we see in the media, the toys our children play with, and other small aspects of everyday lives, we are challenging the status quo. Little by little we are breaking down those unconscious biases that start with our children drawing girls as nurses and boys as astronauts. So, in business, let’s make 2021 the year we choose to challenge, every day, in every meeting, on every transaction, and with every hire.

First, let me take you back. Growing up when astronaut was not the “go-to” choice for girls, I wanted to be a business woman – I first honed my skills on lemonade stands, where the concept of the gender gap was far from my field of vision. Our lemonade stand had a 100 percent female board: two female entrepreneurs (my twin and I), and two employees, a female and a male (our parents), who had to pay for and source the raw materials. We may not have had many other high-flying female role models, but our scientist parents ensured that no occupation for the future was out of scope.

My youth was spent competing on the football field, before the Women’s World Cup was drawing mass following, but my teenage career plan was to become a business professional. When deciding on my university major, while my business school friends flocked to investment banking, I chose Management and Human Resources – after all, wasn’t the role of a CEO to inspire a team?

In time, I realised of course there is much more to becoming a high-flyer. The gender gap does exist, and most CEOs do not focus their education or careers in the field of human resources. But it got me thinking about the challenge we all face today with forging a gender equal world. We must choose to challenge ourselves as business leaders to think differently about our people, in addition to the usual business principals where we innovate all the time to stay profitable. Could there be more innovation in our people, our greatest corporate asset and one of our biggest costs? It must be the holy grail to profitability, to increasing shareholder value, to innovate around people while also driving the critical benefits of sustainability and a diverse future.

In the WTO and World Bank’s 2020 paper Women and Trade, the role of trade in promoting gender equality, we’re told: “On its surface, trade policy is gender-neutral … But a closer look at the gender dimension of trade policies reveals important differences in how trade policies affect women and men…”.

Take the garment industry, for instance, a huge sector globally, where women are disproportionately represented in both jobs and purchasing, when compared with other manufactured goods. Yet global tariffs on garments are amongst some of the highest in the world, in what has been dubbed a “pink tariff” in the way it directly impacts women consumers and stunts export and employment opportunities.

The reality is that businesses involved in international trade employ more women. In developing countries, women make up 33 percent of the workforce in firms that engage in trade, compared with just 24 percent in non-exporting firms.

Trade also creates better jobs for women. Workers in both developed and emerging economies are almost 50 percent more likely to be employed in formal jobs if they work in sectors that trade more or that are more integrated into global value chains.

Countries that are more open to trade have higher levels of gender equality, as measured by the ratio of trade to gross domestic product.

Becoming alert to where and how examples of female empowerment exist, allows us to challenge our companies to build on and replicate those successes.

The importance of role models cannot be understated. Powerhouse, Ngozi Okonjo-Iweala, former World Bank vice-president and finance minister of Nigeria, has just taken over as head of the World Trade Organization, and yes, she also happens to be a woman. We can only hope that 2021 brings with it other such aspirational figures. In this issue, we also celebrate some of the many women forging the way in the industry. We feature some of the female heroes of trade, including leaders and visionaries, as well as the trade professionals and emerging leaders of the future.

The report concludes by saying: “trade alone is not a panacea to close the gender gap. But this report reveals the opportunities that can be seized by making trade more inclusive.” In short: choosing to challenge. The ideas from the trade world of harnessing gender equality wins, being alert to situations where no gender-dimension is perceived, and celebrating our female role models and pipeline, are just small steps to addressing a gender equal world. Choosing to challenge requires all of our innovative might, thinking to the stars and beyond. Those aspiring toddler astronauts are watching.

Marilyn is the Global Head Trade Finance at Swiss Re, Corporate Solutions. Marilyn is also a Vice Chair of the ICC Banking Commission, a member of the ITFA insurance & insurtech committees and on the advisory board of Tradeteq.

Marilyn was previously Global Head of Trade Finance at global insurer AIG having joined in 2015 to focus on AIG’s trade finance products including supply chain finance, receivables, and securitisation transactions. 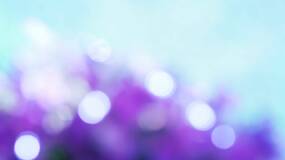