An unfair advantage: IPOs of state-owned enterprises in China

Initial Public Offering is a significant part of enterprises’ financing process. At the end of February 2017, 1224 companies and 1913 companies have listed in Shanghai Stock Exchange Market and… read more →

Initial Public Offering is a significant part of enterprises’ financing process. At the end of February 2017, 1224 companies and 1913 companies have listed in Shanghai Stock Exchange Market and Shenzhen Stock Exchange Market respectively. As for China, IPO has become a more primary and fundamental financing methods for particular State-owned enterprises (SOEs), also known as share issuing privatization. As the reform of SOEs becoming a focus point of Chinese government, more and more SOEs are seeking IPO as a part of their reformation plan. What is the differences between IPOs of state-owned enterprises and private-owned enterprises? Do the SOEs have unfair advantage compared to POEs? A more detailed discussion will be made below.

Almost 40 years of economic reform in China have lead to remarkable growth and productivity. One major component of Chinese huge restructuring is the reform of State-owned enterprises (SOEs). The reform have brought down the economic importance of SOEs from approximately 80% to 30% during these years. SIP has naturally become the favorable approach used by Chinese government to meet the needs of the economic reform. By definition, SIP refers to the public offerings of common shares by firms with state ownership. By the share issuing privatizations, Chinese government could be able to bring down the SOEs shares in China’s gross domestic product.

On one hand, SIP can optimize the ownership structure of listing state-owned enterprises. After the overall listing, the interests of controlling shareholder and the minor investors tend to be consistent, reducing the possible spin-off of large shareholders through the affiliated transactions and improving the profitability of SOEs. On the other hand, the overall market can also achieve economies of scale through SIP, achieving better allocation of resources, reducing the operating costs while improving efficiencies. Nevertheless, the prevailing trend of SIP could jeopardize the IPO of private-owned enterprises since it may be faced with more difficulties and restrictions when become public listing.

Main differences of IPOs between SOEs and POEs

While most POEs seeking IPO purely for business interests, the reasons behind why SOEs choosing IPO are more intricate and complicated because of the government interferences and political agenda. Chinese government has deliberately chosen larger and relatively profitable SOEs through share issuing privatization process first to achieve political goals. It is only after 2000 did most of POEs started to floating their shares on the stock more frequently.

Unlike SOEs, POEs facing more difficulties and restrictions when choosing IPO as a method of going public. Actually, the Shanghai and Shenzhen stock exchange markets were first established to facilitate financing and reformation of SOEs, not POEs. Therefore, it’s clear to see that SOEs have more naturally advantages and supports of IPO. It is not surprising that Chinese government tend to choose SOEs as IPO objects, resulting in the discrimination of ownership. Furthermore, despite the fact that quota system and ownership restrictions were abolished in 2001, government still choose to scrutinize more strictly on POEs considering secondary market’s affordability. Taking Zhejiang Province as an example, in 2001, only one POE (Tiantong Shares) were successfully made the IPO, while there were 60-70 POEs still in the waiting lists.

High public listing hurdle, long public listing cycle and threats to a company’s business control posed by transparency requirements all could reduce the quantity of POEs’ IPOs. Compared to SOEs, POEs often find that IPO is time-consuming and cost-consuming, leading to the fact that truly high quality POEs would rather prefer raise capital by means of alternative ways other than IPO.

Will government regulation reduce the underpricing level of SOEs?

The downside of high underpricing level 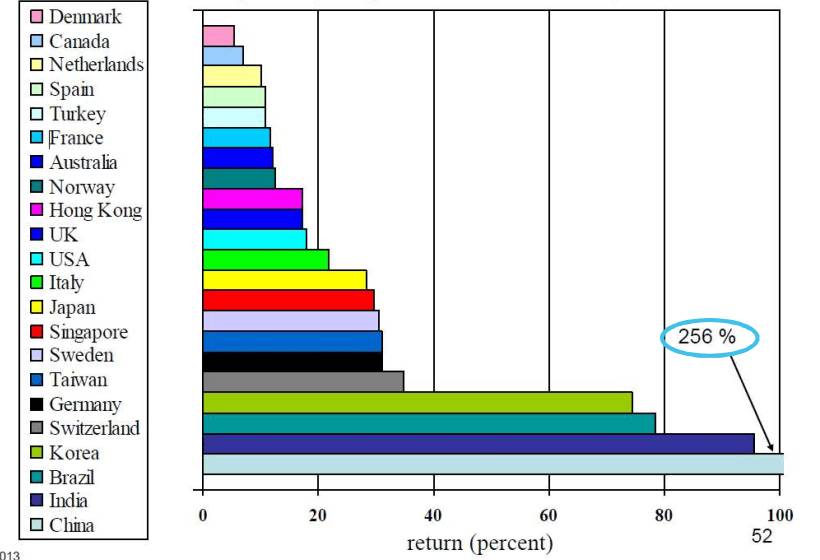 Underpricing means that the primary market resource allocation function will no longer exist, any enterprise can successfully raise the required funds as long as they got public listed. As the purchase of new shares can gain high risk-free profits, it resulted in speculative bubbles which lead to unhealthy primary markets.

Will the involvement of government potentially reduce the underpricing level in SOEs?

When government regulations are not that strict, in other words, when the offer price setting process are more market-oriented, SOEs cannot rely on their comparative advantage regarding to the relationship with government, so SOEs have higher underpricing compared to POEs. In contrast, when government decided to regulate more strictly, SOEs can use that as an unfair advantage to lower their underpricing level substantially.

State-owned enterprises are pillars and stones of Chinese economy. Through reformation since 1980s, it became more efficient and dynamic, changing the image of bureaucratic inefficiency. Indeed, it has to do with the unfair advantage of SOEs when public listing. In general, SOEs face less legal and political restrictions when going public. Moreover, SOEs could substantially reduce the underpricing level with government involvement, which decrease the most of the indirect costs.