UK food exports to be boosted by new mentor scheme

The global macro economic impact of the pandemic and how its prolonged impact on certain sectors and trade was discussed at length in a panel moderated by Jake Jacobson at the BAFT’s 2021 virtual Global Annual Meeting.

View all articles by Joana Fabiao

The macroeconomic impact of the pandemic and its prolonged impact on certain sectors of trade was discussed at length in a panel moderated by Jake Jacobson at the BAFT’s 2021 virtual Global Annual Meeting.

Where is inflation headed?

There has been a buzz surrounding inflation and its short and long term movements.

With inflation being at an all-time high in certain countries, it should come as no surprise that this term is being explored at alarming rates.

Due to high levels of fiscal and monetary policies being deployed globally, consumer confidence indices are dropping, as markets are riddled with uncertainty and consumers become more conservative. However, is this worry warranted, and how does it impact trade?

During the pandemic as people were forced to stay home, businesses were forced to close and the government intervened, causing global GDP to plummet. Despite this taking place over a short period of time, economic recovery from these short term shocks will take much longer. Coupled with the underlying uncertainty surrounding the duration of future lockdowns limits the ability of economies to return to a pre-covid level of activity, resulting in an economy that is bound to struggle to bounce back quickly.

Having said that, the panel strongly believed that inflation and its increase or decrease is strongly dependent upon market perception. Therefore, expectations are key: if consumers believe that there will be an inflationary rise, then economies may enter a wage-cost cycle, which could easily get away from the control of central banks. Data being released later this week about household expectations in the US could shed some light on these expectations. Household expectations are particularly important as these are the ones that tend to stick, impacting inflation the most, and are the hardest to turn around. Other surveys conducted in the US, indicated that in a 5-10 year period, households do expect an inflationary rise. This was, in part, expected and hoped by the Fed, however, there is the possibility inflation will surge higher than the Fed anticipated.

As a result of government intervention with financial aid packets to supplement the economy during the pandemic, the labour market appeared to have rebounded faster than other markets. However, the data collected so far appears to be somewhat contradictory. As the schemes that allowed employees to be paid to stay home and access to extensive government benefits continue until the summer, a new question arises: how will the labour market be mobilised to go back to work when they have health concerns?

We are now forced to come to terms with the harsh reality that we will not know if this is transitory inflation or lasting inflation for at least the next six months.

Expectations for the post-COVID-19 recovery

What was expected to last only a few months, appears to be harder to shake off than expected. During the pandemic, markets, such as the semiconductor market, experienced supply shocks, which could now last until 2022.

Central banks are very keen to prevent markets from viewing this shift in inflation as one that will remain. This is crucial for global recovery, as global recovery seems to be intact and going, somewhat, according to expectations. The Fed and ECB are concerned about markets starting to price higher yields as this could hinder the recovery that is underway.

Recovery tends to be cyclical. East Asia, China and surrounding countries appear to have peaked in terms of recovery and may now begin to experience a slowdown in economic activity. Contrastingly, Europe, which has struggled to recover until this, is likely to see an improvement in the coming months. America continues to perform well due to their strong policies.

Despite appearing slow, the speed of recovery, when compared to the 2008 financial crisis, is quite promising. The swift and quick actions of governments all around the world in conjunction with the fast implementation of fiscal policies have resulted in a recovery that is likely to last and not fail or stagnate

The pandemic did not impact everyone equally

There were no winners or losers during the pandemic, but rather, put simply, there were people and businesses who were more technologically prepared and those who, unfortunately, were not. As a result, technology firms appear to have not only survived during this unprecedented time but thrived.

Their success and resilience cemented and accelerated the trend of digitisation. It became imperative to be able to not only utilise but also leverage technologies. This technology push was perceived by the panel as not only necessary but also a positive repercussion of the pandemic. Increasing the need for the implementation of technologies for survival in the post-COVID world will, inevitably, lead to innovation, and an increase in productivity.

The world post-COVID: resilience over efficiency

As previously mentioned digitisation is here to stay, particularly with giants, such as Amazon, thriving beyond any expectations leading to multiple businesses trying to copy their COVID-proof business model.

Furthermore, deglobalisation is on the rise. One of the clearest weaknesses the pandemic brought out in a large number of businesses was their fragility and susceptible supply chains. As a result, companies are now trying to make their supply chains more regional to boost their resilience. Depending on how this move performs in the coming months, will determine if the era of globalisation is truly over.

Mobility of people or, lack thereof, is another prominent point of the post-COVID world. Pre-pandemic, the mobility of people had been on a steady increase despite a dip in globalisation. As a result, the transportation sector was hit hard in 2020. This sector was one of the few sectors whose recovery was projected to be quick, however, it would appear the projection was wrong. This sector may be permanently damaged, the panel highlighted.

Despite the bleak expectations for the transportation sector, the services sector is expected to recover fairly quickly once services are allowed to operate again.

One interesting aspect of this new normal is that despite the certain degree of reluctance to return to working in the office, businesses were reluctant to enter business deals without personal interaction. Building trust is now, more than ever, at the heart of all businesses interactions and agreements in all sectors.

Furthermore, as the world came to a halt in 2020 the push for sustainability became immense. Consumers became even more concerned about climate change forcing companies to address the issue more vocally. As a result, prices for short flights, for instance, could rise as their environmental repercussions are now widely acknowledged. The great dilemma around energy-intensive industries: can clean energy meet up the demand? Or will we have to, in the interim period, go back to burning black coal? Will the inevitable increase in CO2 emissions in the interim period discourage consumers as CO2 emissions rise which could negatively impact an economy trying to get back up on its feet.

The unemployment gap is being addressed by the Fed, in the US, by stimulating the economy thus attempting to bring marginalised groups to the labour market. The labour market in the US, Europe, China and Japan, for example, have not entirely recovered. The conjunction of the pandemic with a constrained labour market makes this a challenging sector to recover in these countries. Labour markets in Indonesia, India and Vietnam, on the other hand, are thriving as they possess a growing population allowing the market to be easily supplemented.

How was trade impacted?

US-China tensions, the post-Brexit trading environment, and the global focus on Russia, all influenced the state of global pre-COVID trade. Now the global trading landscape has changed even more.

In the last global financial crisis when production tanked in the economy, there was an inevitable shift toward protectionism. Countries took up a “us vs them” mindset, with China, France and America publicly stating their positions. These countries wanted to keep as much of the stimulus they were pumping into the economy, inside the economy, where possible.

This is harder to achieve in a global economy such as the one of today, where supply chains inextricably nterlinked. Nevertheless, this is not the case in 2021, in fact, there is substantial growth than countries can handle. Countries have an excess of demand and no supply to meet it. The panel highlighted the predominant challenge of the second half of 2021 will be to find ways to meet the high demand.

To meet the demand for certain products, governments appear to be willing to provide subsidies and, consequently, buff up the resilience of national supply chains. Nevertheless, with technological developments, supply chains may experience an upgrade, making traditional supply chains obsolete to a certain degree.

All in all, the COVID-19 pandemic made the impossible possible, businesses closed down, people were asked to remain home and working from home became the new norm. Though the panel theorised what changes might take place in the post-COVID global market, uncertainty remains high and anything can happen.

Joana Fabiao is the Marketing and Editorial Assistant at Trade Finance Global.

View from the top: factoring and credit insurance in 2021 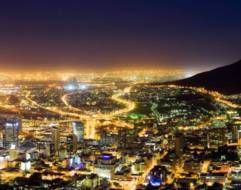 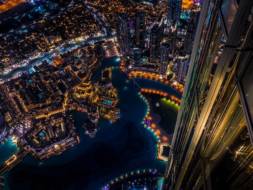 How is the UAE diversifying its economy to attract investment? 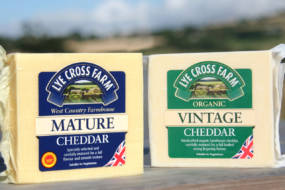