Kazakhstan is considered as the world’s 54th largest importer and imports in the country has been growing at an annualized rate of 5.9%. The major imports would include crude petroleum ($2.8 billion), cars (at around $ 2 billion), refined petroleum ($1.7 billion), large iron pipes ($1.6 billion) and packaged medicaments ($1.3 billion).

These imported items could trace their origins from Russia ($17 billion), China (around $9 billion), Germany ($3 billion), Ukraine ($2.1 billion) and the United States ($2 billion).

Exporting to Kazakhstan: What is trade finance?

Due to the high volume of its exports, Kazakhstan has been named as the 48th largest exported worldwide. Moreover, the country’s exports has been steadily increasing at an annualized rate of 3.7%.
Considered top exports of Kazakhstan are crude petroleum ($50 billion), petroleum gas ($4 billion), refined petroleum (around $4 billion), and refined copper ($3 billion), radioactive chemicals ($2.4 billion).

Kazakhstan also signed the Caspian Consortium Agreement in December 1996 which involves the construction of a new pipeline from the Tengiz Field to the Black Sea. Such project would increase that prospects of larger oil exportation in the coming years. 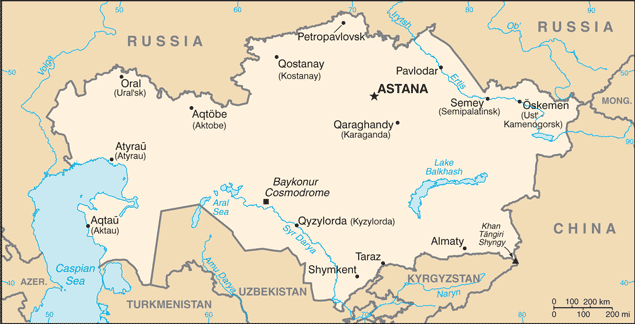