Regulatory uncertainty, high security risk, rising oil prices and unprecedented volatility is a nasty cocktail of conditions that in theory should suggest trouble ahead for the European aviation market. However,… read more → 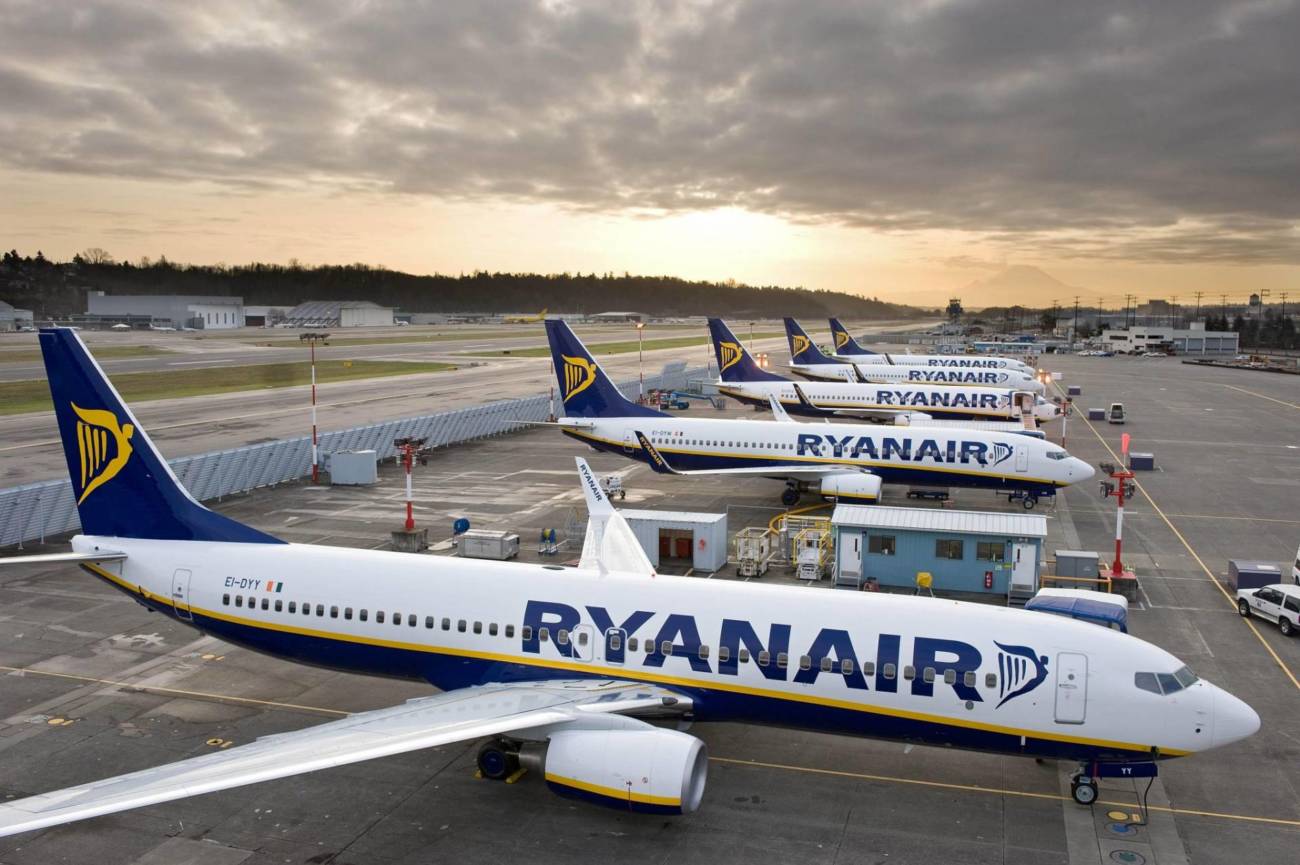 Regulatory uncertainty, high security risk, rising oil prices and unprecedented volatility is a nasty cocktail of conditions that in theory should suggest trouble ahead for the European aviation market. However, this post seeks to persuade the reader that prospects for the leading low cost carriers (LCC’s) remains positive.

This post will address why the importance of the UK for Europe’s aviation market means that any new change in regulation surrounding Brexit is likely to be on favourable terms for the UK, and that even in the case of an unfavourable regulatory outcome, the leading LCC’s have effective plans in place to ensure their continuity and market share within the European market. By taking into account the context of overcapacity, rising oil prices and high competition within the European aviation market at the moment, we feel that minimising structural costs is the key to medium run success across the sector.

Despite recently downgrading profit forecasts for the start of 2017, both Ryanair and EasyJet remain in a strong position for growth in the medium run, with equity positions in both firms likely to perform well over the next 18 months.

The Impact of Brexit

The gloomy state of Regulation

A lot has been made in the media recently about the potentially adverse effects of a ‘hard brexit’ from the European Union, and there are few sectors that would suffer more from the absence of good terms than aviation. The value of the sector to the UK economy stands at £60 billion, and it is comfortably the biggest market of its kind in the EU. The UK is currently a member of the European Common Aviation Area (the ECAA), granting the UK and all its affiliated airlines access to the 9 “freedoms of the air” granted by the EU’s single aviation market. The ECAA was the catalyst for the emergence of the LCC market in the early 1990s, and many of these airlines rely upon the freedoms granted to run their business models. For example, the 7th freedom – the right to fly between two foreign countries – enables Irish based Ryanair to operate flights between London and other European Destinations.

A number of commentators on the sector have noted that a ‘hard brexit’ deal which resulted in a return to a series of bilateral air-service agreements (ASA’s) between the UK and other member states would leave the structures of these airlines unviable, leading to upheaval in the European market. In such circumstances, Dublin and Amsterdam have been touted as replacements for Heathrow’s position as the gateway to Europe for connecting flights from the US and around the globe. Furthermore, both Air France and Lufthansa (through its subsidiary Eurowings) supposedly have made plans to recapture market share lost to Ryanair and Easyjet should this circumstance arise.

This negative outlook seems to be reflected in the reaction of the markets to the result of the referendum in June, with airlines associated with the UK suffering substantially bigger losses when compared to the FTSE All-Share Index.

Whilst the previous section paints a pretty grim picture, a closer analysis of the industry suggests that a lot of this negativity is misplaced. One third of all passengers in intra-EU journeys are from the UK, placing a good deal in aviation firmly in the interest of EU negotiators. There remains a number of hurdles to be overcome, such as the complexity of undoing a matrix of international commitments which spans 155 countries, and Spain’s refusal to accept any deal which recognises Britain’s sovereignty over the isle of Gibraltar. Nonetheless, given the mutual interests at play for a deal which induces minimal disruption, the most likely outcomes appear to be continued British membership of the ECAA, or a bilateral agreement with the continent that provides maximal access for the UK to the European market. 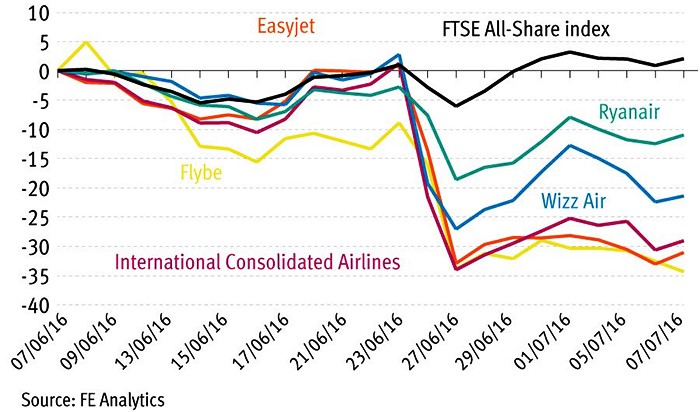 Even in the case of a deal which saw the UK receive undesirable terms with the European Union, the leading LCCs have already begun contingency plans to ensure that they would retain access to the European market in the event of a loss of ECAA membership for the UK. Available options include forcing non-EU shareholders to divest shares within a 10 day period to ensure the 50% EU shareholder ownership necessary for access to the freedoms of the common market, whilst EasyJet have already begun the process of finding an EU based Air Operator Certificate (AOC) in order to retain access to the ECAA post-brexit. Ryanair, the market leading LCC in Europe, has also announced it is shifting its focus towards European markets, particularly Germany – the second largest in Europe behind the UK.

Therefore, whilst a ‘hard Brexit’ would clearly impact on UK based routes and Heathrow’s position as the hub for Europe, the likelihood is that Brexit will have relatively little impact upon the fundamental prospects of the biggest LCC’s with links to the UK.

The growth of a truly competitive pan-European LCC market which has seen average net profit margin on the continent stand at 2.9%, combined with capacity growth which will again outstrip the rise in demand, are likely to result in air fares remaining at low levels. This climate, at a time where rising oil prices are increasing operating costs for airlines, mean that the key to success in the near period is likely to be ensuring structural efficiencies, whilst managing for security and foreign exchange risks. Ryanair is comfortably the best placed airline in this regard through its scale (through its market leading position) and high load factor, with its subsequent ability to undercut its rivals fares likely to see the airline continue to grow market share. Whilst the 17% depreciation in the cable (GBP/USD) rate since the British referendum has had a £105m negative impact on Easyjet’s costs (with fuel prices in dollar terms), the emphasis of the airline on ensuring a low structural cost base through improved aircraft configuration and a higher load factor (at a record 91.6% in 2016) means that the company should also fare well. Its criticised strategy of replacing aircraft with a younger fleet should in reality further serve to help minimise maintenance costs over the long run, once more serving to give the company a cost advantage.

The likely cocktail for effective FX and Oil price management 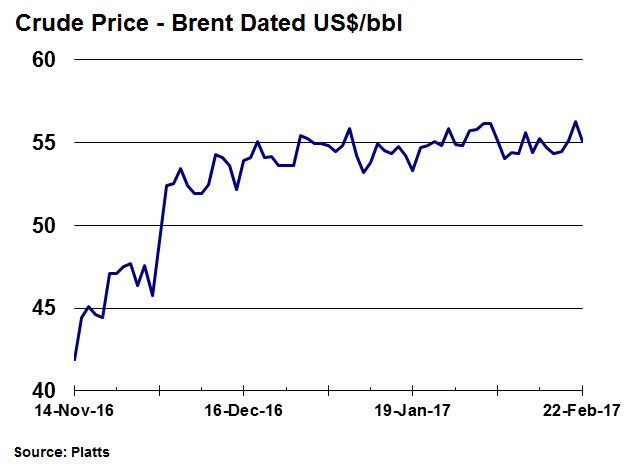 With such low profit margins across the aviation sector in Europe, airlines can ill afford losses from FX and fuel hedging strategies on their balance sheets. Fuel comprises a large element of the cost structure of airlines (18.7% across the industry), whilst volatility in foreign exchange markets can have a big impact on the profits and cost totals for companies in the market. Airlines have been notoriously bad at managing hedging in fuel markets – in 2015 Delta Airlines mate total losses of $2.3 billion hedging commodity futures as a result of falling oil prices. The extent of the impact of hedging strategies on performance for airlines in Europe, in particular on their ability to maintain competitive cost structure in the coming years, means their success is likely to depend as much upon effective trading strategies as management of aircraft.

Oil prices have remained relatively stable so far (see graph above) in 2016 at between $53 and $58 per barrel (pb), up from lows of close to $30pb last year. However, improvements in cooperation between OPEC producers is likely to see this price rise over the course of 2017, with many analysts expecting the price to be closer to $70pb by the end of the year. Despite this, the chances of a return of prices to $100pb seems unlikely, and the expansion of US shale production, along with non-OPEC producers only committing to around 50% out agreed output cuts, are both likely to offset OPEC’s upward pressure on prices11. With this mind, hedging fuel price risk using call options – which have the advantage over futures or swaps of not incurring a hedging loss when prices fall, would seem to be a sensible strategy for major LCC’s who have the capital resources to absorb the initial options premiums of such contracts. Trade Finance Global offers solutions to readers concerned with the impact of rising fuel prices in the transport sector, and commodity finance products for investors seeking finance for international transactions.

Foreign exchange uncertainty surrounding the Euro means that heavily hedging risk in this area should be a priority for European LCCs. The presence of elections in France, Germany and Holland, as well as substantial concern surrounding the health of the capital structure of Italy’s banking system makes the future path of the Euro extremely difficult to predict, whilst the value of the Euro has a significant bearing for airlines such as Ryanair, whose costs are primarily denominated in Euros. It is likely that the current cable rate incorporates expectations of a hard Brexit, which perhaps more closely reflects market fears than the true state of economic conditions. Therefore, we may see some recovery of sterling against the dollar over the course of the 18 months. If this were to be the case, a stronger pound would benefit airlines such as EasyJet, who are dependent on the cable rate for their dollar denominated fuel costs, as well as Ryanair, who receive a large proportion of their revenue in sterling.

To find out more about foreign exchange exposure and currency risk, see our section on currency here.

We feel that the emphasis on maintaining a low structural base for airlines operating within Europe favours the continents largest carriers, with the best avenues for growth for smaller LCCs lying in new markets such as budget transatlantic routes.

Owen is an Economist at the Bank of England. He worked predominantly on financial stability risks from capital markets, with a particular focus on: liquidity mismatch in open-ended funds, risks and opportunities from cryptoassets and DeFi, and the market structure and resilience of the gilt repo market. He recently been promoted to a role looking at the capacity of the banking system to support the real economy (and associated risks).