What is a currency peg?

How does a currency peg work? Currencies are usually free flowing and various domestic and macro economic events will impact on the strength of a currency. The differences between currencies… read more → 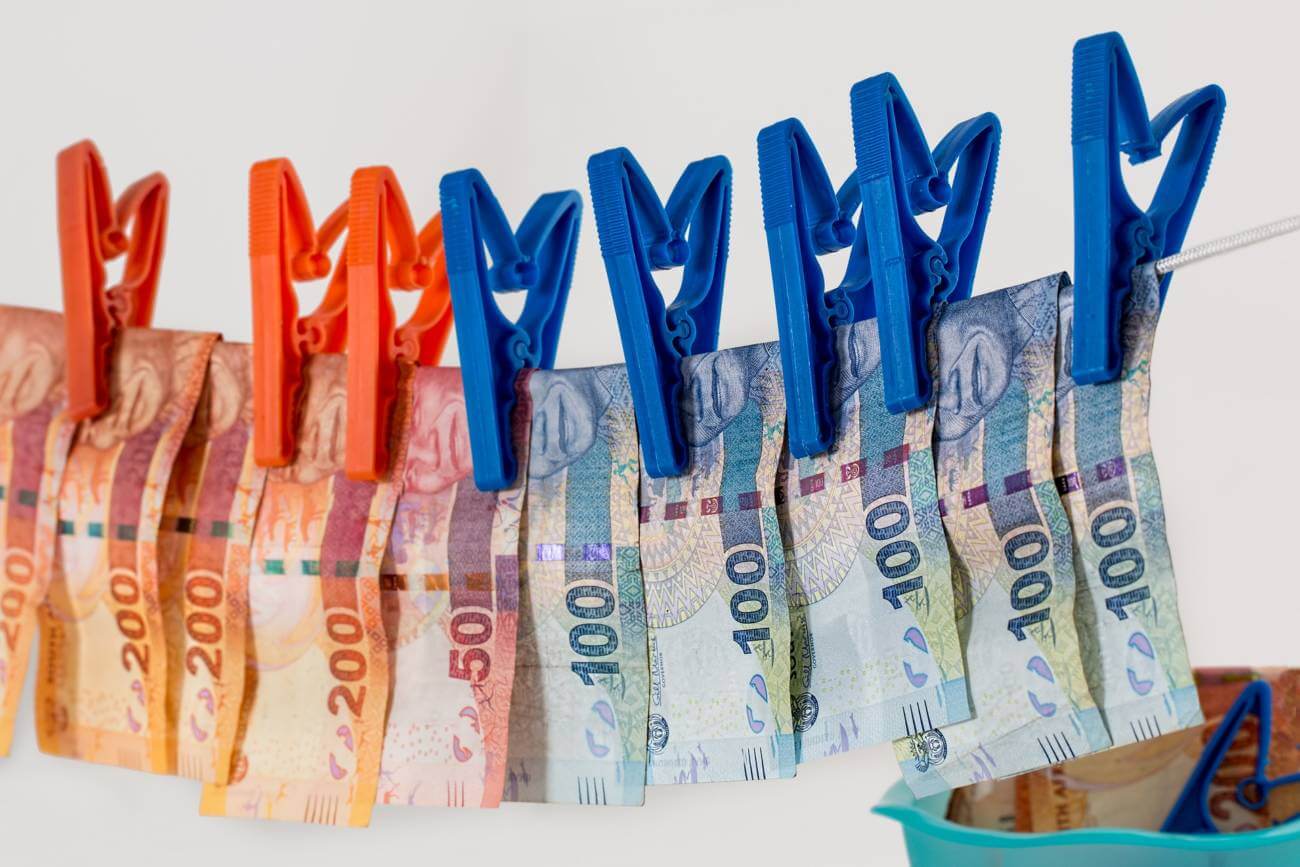 How does a currency peg work?

Currencies are usually free flowing and various domestic and macro economic events will impact on the strength of a currency. The differences between currencies will be the exchange rate. However, in order to regulate this exchange, a currency is sometimes pegged to another, so that it tracks its movement with the aim of promoting stability. It is important to note that a peg will be artificial in nature; as the monetary policy of the pegged currency will be to control supply and demand so that it tracks movements of the paired currency. In times of economic weakness, this will mean spending their reserves.

There are other reasons why the monetary policy of a country may adopt a peg, such as:

There are disadvantages to a currency peg; which mainly stem from the governing body losing a large element of control over the economy.

We have previously discussed the de-pegging of the Nigerian Naira to the US Dollar and the resulting problems. However, we can see other pegs such as in Hong Kong where the Hong Kong dollar tracks the US dollar; the Monetary Authority leads this.

In the event that the value of a currency is deemed as too high, then more currency can be provided to the market by the Central Bank, to lower the value. Conversely, where there is little demand, the central bank will use their reserves to purchase currency. This is the standard formula.

There is a loss of control over basic policy making. An example of this is the tracking of interest rates to the country where the currency is pegged. This could impact on inflation levels where one economy requires low interest rates due to the requirement for an economic stimulus but the other does not need the same, due to the strength of the economy and resultant rising prices.
Central banks are required to hold large reserves to maintain the peg and this can mean increased inflation levels.

As we saw in Nigeria, black markets are created due to the strict controls put in place. In the event that the hard currency isn’t available then unofficial rates spring up and this will be more inline with an ‘unpegged’ market rate.

CAPTION:Releasing the peg: in July 1997, the Thai government announced they were abandoning the peg and would let the currency float. The Baht immediately lost 18% of its value against the US dollar. By January 1998, it was trading at 55 to the dollar.

It is important to understand what has happened in a number of economies, to see what the fallouts or reasons for implementing a peg may be. The Thai baht was de-pegged from the US dollar, which advanced the Asian financial crisis in the 1990s. Thailand constantly grew until 1996; a slow down meant that there was pressure put on leadership to devalue the currency. As the currency started to de-value, the Bank of Thailand spent huge funds from private reserves to strengthen the currency. The peg was ended in 1997, due to its debilitating effect.

The de-pegging meant that the currency dropped against the US dollar, by over 60%. This lead to further betting of currency falls and increased turbulence in Hong Kong, South Korea, and China.

Argentina also attempted to use a peg to combat hyperinflation that was overtaking the country in the late 1980s. With rapidly rising prices and resultant riots, the 1991 “Covertibilidad” pegged the US dollar to the Argentine austral; known as the peso. This brought inflation down from over 2,300% in 1990 to around 4% by 1994. When the Brazilian real fell in value; the peso retained strength which meant that exports from Argentina were expensive compared to Brazil; which had negative affects on the Argentinian economy and ability to re-pay governmental debt.

The idea of devaluation of the currency was not feasible, as many private borrowers as well as the government would face major disadvantages, as a proportion of government debt was in the peso. This lead to the governmental move to freeze bank accounts and limit current account withdrawals in 2001. Due to widespread discontent, it resulted in the de-pegging.

The Peso had fallen around 70% against the US Dollar by 2003 and inflation rose following de-pegging. 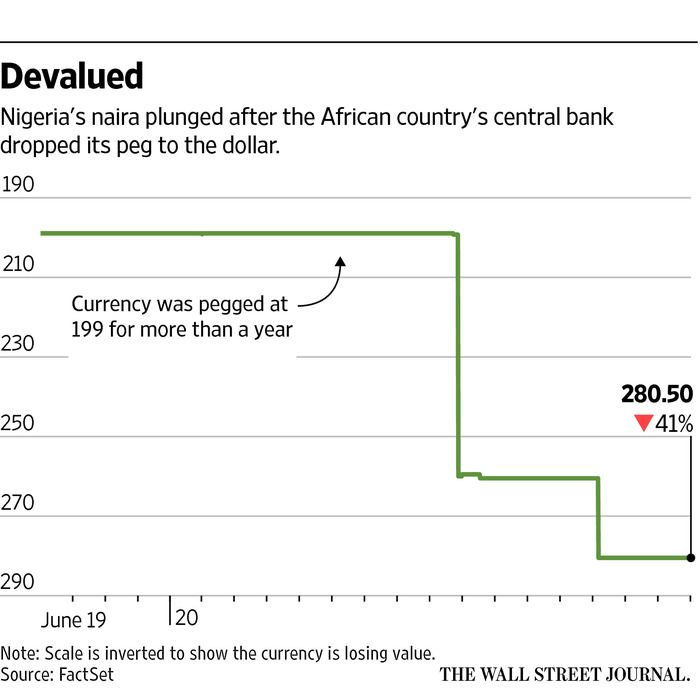 CAPTION: The price of Naira vs. US dollar following the central bank ending its currency peg to the U.S. dollar.

We have seen similar issues in Nigeria; one of the worlds main oil producing countries. As oil prices fell over half in the last couple of years, the Nigerian Central Bank required a high proportion of its foreign reserves to keep the currency pegged to the US dollar. As the economy continued to struggle, the price of shoring up the currency meant continual struggle and expense by the Central Bank.

The ending of the peg in mid 2016 has meant a huge collapse against the US dollar and corresponding increase in inflation. This also meant an increase in interest rates to curb this affect.

It is hoped that a weak currency will lead to more trade and bringing in more investment; especially from those sitting on the sidelines and waiting for this devaluation.