In accordance to the MSCI Frontier Market Index, Vietnam is recognised as a frontier market.  Nevertheless, with a GDP per capita of just above $6000 as of 2015 and a… read more → 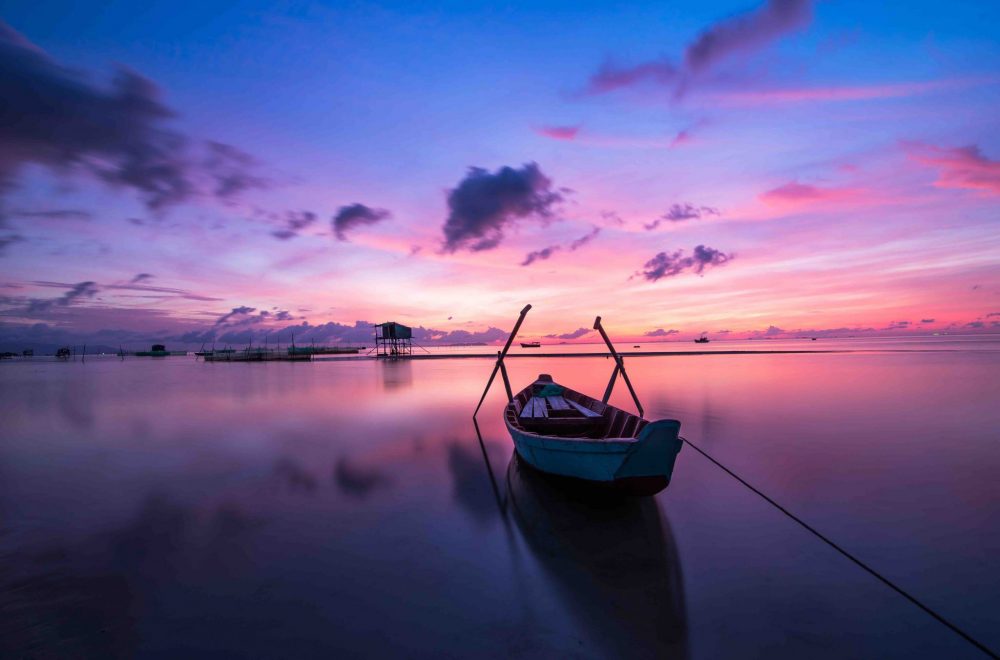 In accordance to the MSCI Frontier Market Index, Vietnam is recognised as a frontier market.  Nevertheless, with a GDP per capita of just above $6000 as of 2015 and a high potential for successful economic development, Vietnam’s growth prospects are looking fairly positive.  Recent events such as the boost to privatisation and the reforms in the limitations of foreign ownership have lent in decreasing fiscal deficit.  Contrary to this however is Vietnam’s underperformance in GDP growth this Q1 of 5.1% rather than the forecasted 6.25%.

In consideration to the influence of the MSCI index (more information of which can be found here), Vietnam aims to upgrade their position from a ‘frontier’ market to an ‘emerging’ market.  One of the main elements of this is to make their stock market, Ho Chi Minh, more appealing.  Additional factors that are relevant to consider are:

Vietnam’s population has increased considerably since 1990, rising by 24.3 million, to 90.5 million in 2015. Consequently, the economy’s demographics have shifted in favour of economic growth with the working-age population surging.  With a median age of 29, there is an estimated seven people of working age per senior citizen.  This increases the positive outlook on Vietnam’s economic potential due to the increased labour availability and a favourable age dependency ratio.  However, this may have adverse effects as this population ages and causes alterations in the age dependency ratio.

With foreign investment growing and a consumer market powered by a young, middle class demand for modern technologies and luxury goods, Vietnam is garnering interest from many countries for investment, their principal trading partner being the US.  Vietnam’s attractiveness for foreign investment is supplemented by its strategic geography near international supply chains such as China, as well its substantial cost of manufacturing advantage over such countries with their lower wages for its labour force.

Reforms in Vietnam’s foreign ownership policies mean that investors will be able to claim full stakes in Vietnamese companies where they were initially capped at 49%.  This is sure to have a positive effect on foreign investment.

Vietnam’s privatisation process is likely to increase the country’s economic potential as it attracts higher shares in its stock exchange, Ho Chi Minh.  Recent events such as the successful listing of ‘Sabeco’ on the Ho Chi Minh exchange, which received the maximum allowed shares of 20%, indicates a boost to government privatisation.  Sabeco is among one of the first to be listed and is looking at advancements in stake sales for 2017.  Interest from international and regional players such as Heineken, Carlsberg and Vinamilk have resulted from Sabeco’s initial success.

This is a favourable change from past attempts to boost their privatisation process, which has floundered for years.  Numerous large companies weren’t being marketed at all or were only selling minimal holdings.

Despite a propitious proposal for Vietnam’s growth, the economy has suffered a GDP growth slowdown as can be seen by the trade data for the first quarter of this year.  During the first three months, gross domestic product has expanded 5.1 per cent, a notable difference from the predicted median GDP of 6.25 per cent and a considerable fall in comparison with 2016’s final quarter of 6.68 per cent .

One of the chief explanations for this slowdown is the decline in exportation activity which was estimated to rise by 13.3 per cent in March yet only reached a 12.8 per cent growth.  This is linked to the cut in their Samsung smartphones production for which they’re Vietnam’s biggest exporter.   A contraction in the exportation of phones and components has resulted from the drop in Samsung output in Vietnam.

What is the outlook for Vietnam’s economic growth? 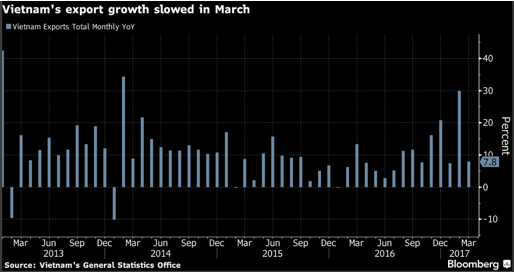 Vietnam appears to have a lot to offer in terms of economic growth potential.  The Ho Chi Minh is attracting favourable stock prices and listings with big names such as Sabeco involved, privatisation is being boosted and there is evidence of rises in foreign investment.

Despite there being risks to potential development, especially with the recent unfavourable event of the below average GDP growth in the first quartile, macroeconomic fundamentals are being improved on with hopes of progress on economic modernization.  However, time is required to witness and solidify these gains.

Vietnam is considered to be one of the fastest growing emerging economies, having registered a positive expansion of growth in past years. Read our Export Guide