Transatlantic Trade Relationship – What is it?

The Transatlantic trade relationship has deteriorated. The Trump administration imposed steel and aluminium tariffs that generated a response from the EU, and the US has yet to react. How has… read more → 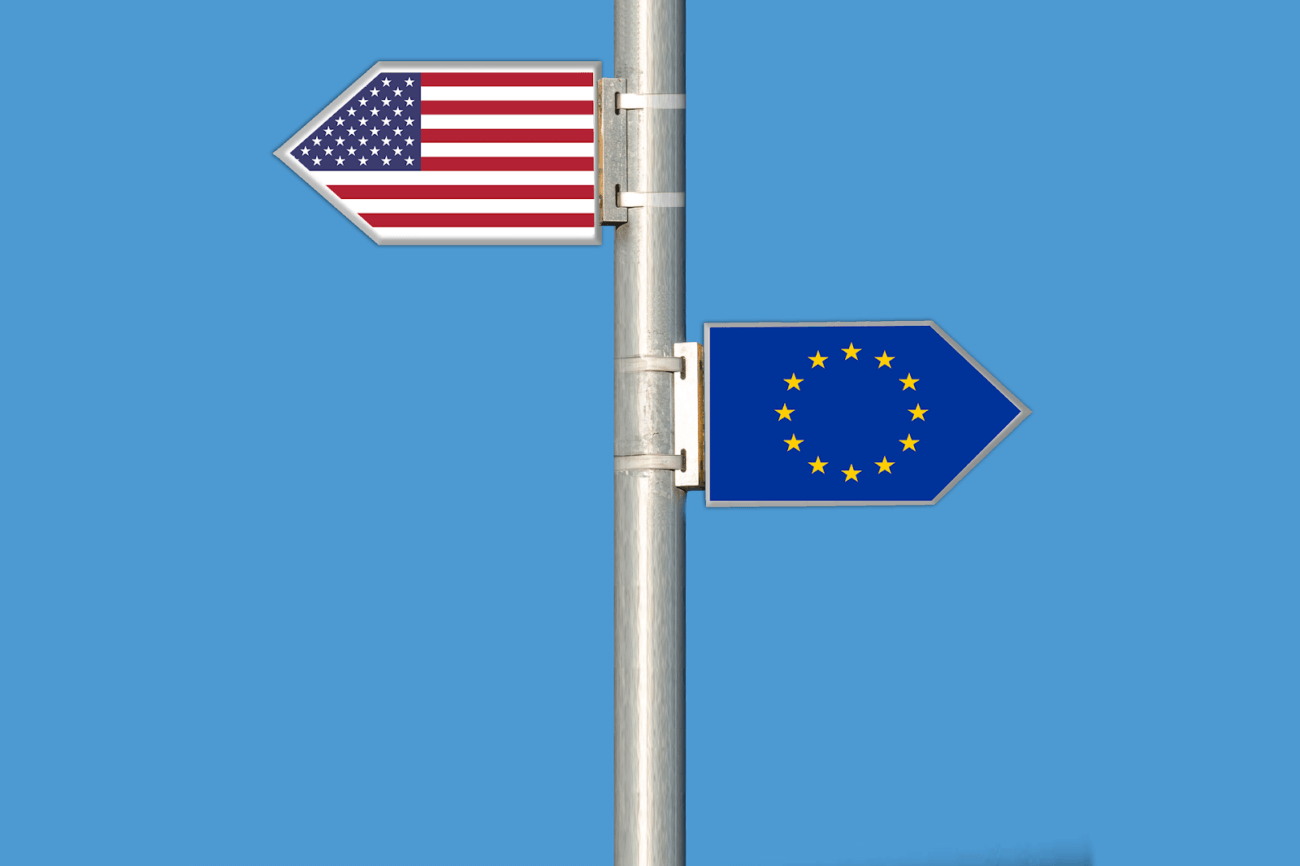 The Transatlantic trade relationship has deteriorated. The Trump administration imposed steel and aluminium tariffs that generated a response from the EU, and the US has yet to react.

How has the Transatlantic relationship deteriorated?

The European Commission assessed that EU and US investments are driving the Transatlantic relationship, contributing to growth and jobs on both sides of the Atlantic. The EU and the US economies account together for about half the entire world GDP and for nearly a third of world trade flows.

However, it is widely known that the Transatlantic relationship has been tense following a number of issues, including the latest G7 summit concluding without an approved joint communique, the US refusal to fill vacancies on the World Trade Organization (WTO) seven-member Appellate Body, as well as divergent views on trade sanctions for Iran.

As of 23 March 2018, the US adopted a 25% tariff on steel and a 10% tariff on aluminium imports on grounds of national security. The WTO allows for an exemption from rules and tariffs in this scenario, the “national security” clause being under Section 232 of the 1962 US Trade Expansion Act. These tariffs bring additional trade burdens and deeply affect the most integrated economic relationship in the world, as further demonstrated below.

The EU had previously received two temporary exemptions from US tariffs on steel and aluminium, ending in March and April respectively. However, an announcement was made by Wilbur Ross, US Commerce Secretary, that the EU’s temporary exemption would be lifted as of the 1st of June.

Following the imposition of tariffs, the EU has pledged to retaliate through a three-pronged response: 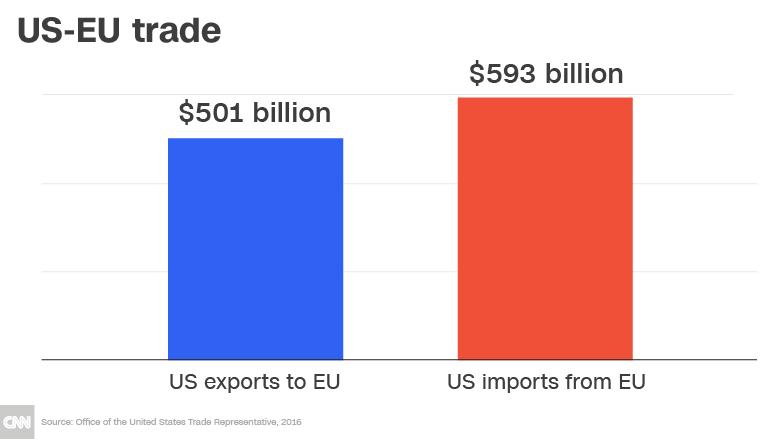 Source: CNN, from the Office of the United States Trade Representative

How is the EU retaliating?

Firstly, the EU proceeded on the 1st of June with a WTO dispute settlement case against the US while urging other WTO members to follow suit. European Commission President Jean-Claude Juncker stated then his concern over the US measures, calling them “protectionism, pure and simple”. He further noted that the WTO challenge is “in full compliance with international trade law” and aims to “defend the Union’s interests”, thus portraying the EU as the guardian of the rule-based trade system.

Secondly, on the 20th of June, the EU adopted an Implementing Regulation initiating the EU’s rebalancing measures. This targets a list of select US products worth €2.8 billion, out of the €6.4 billion total value of the steel and aluminium exports affected by the US measures. The EU rebalancing measures worth €2.8 billion came into effect on the 22nd of June, whereas the remaining rebalancing worth €3.6 billion will be implemented at a later stage. The list includes select US products such as bourbon, orange juice, motorcycles, washing machines, and footwear.

The EU Member States have expressed their unanimous support for this approach, thus showing great European cohesion. The rebalancing measures will be effective for as long as the US measures are in place, being in line with the WTO Safeguards Agreement and EU legislation, according to EU Commissioner for Trade Cecilia Malmström.

What are the broader implications? 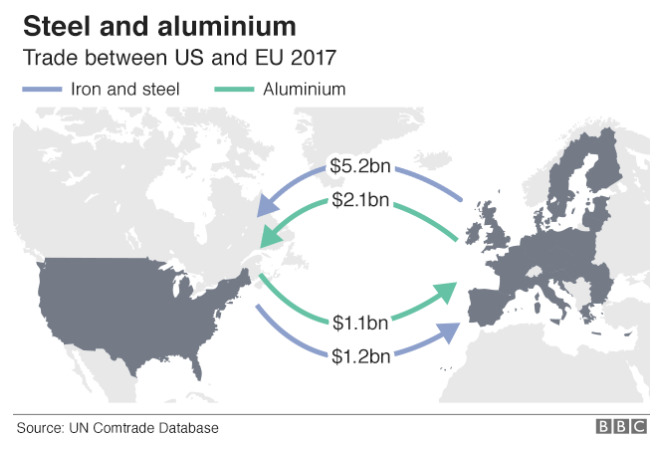 Jean-Luc Demarty, director general of the EU’s trade department, told the international trade committee that the measures imposed by President Trump would negatively affect markets in both EU and the US. While the WTO challenge could take up to three years, as declared by Demarty, the EU’s rebalancing measures have immediate consequences on the Transatlantic trade relationship.

Commissioner Malmström said that the EU’s response to the “unilateral and unjustified decision of the US to impose steel and aluminium tariffs on the EU means that we are left with no other choice”. She further stressed that the response is “measured, proportionate and fully in line with WTO rules”.

On the contrary, President Trump reacted to the newly-imposed EU measures by threatening with 20% tariffs on European cars, his declaration further highlighting the discrepancies and escalating tensions in the Transatlantic relationship.

The broader implications caused by the EU tariffs are determined by the selected US products: the list targets products primarily made in Republican US states, in order to have the maximum political effect and to put pressure on President Trump. For instance, Bourbon whiskey is produced in Kentucky, the state of Senate majority leader Mitch McConnell. Orange juice is a key export for Florida and a swing state in the US elections, as identified by the BBC.

The future of the Transatlantic trade relationship is uncertain and there is a continuous risk of escalation. The tit-for-tat tariffs play a significant role in the trade landscape, which could further deteriorate the trade relationship. The EU implemented its rebalancing measures, and the US is now expected to respond.

The ball is in the US’ court and President Trump threatens to strike back. Will his actions lead to further escalation? Only time will tell.