Oil prices are very important for global economies, as they are one of the basic commodities most economies use. A “sudden surge(s)” in oil prices can cause “economic havoc.” The… read more → 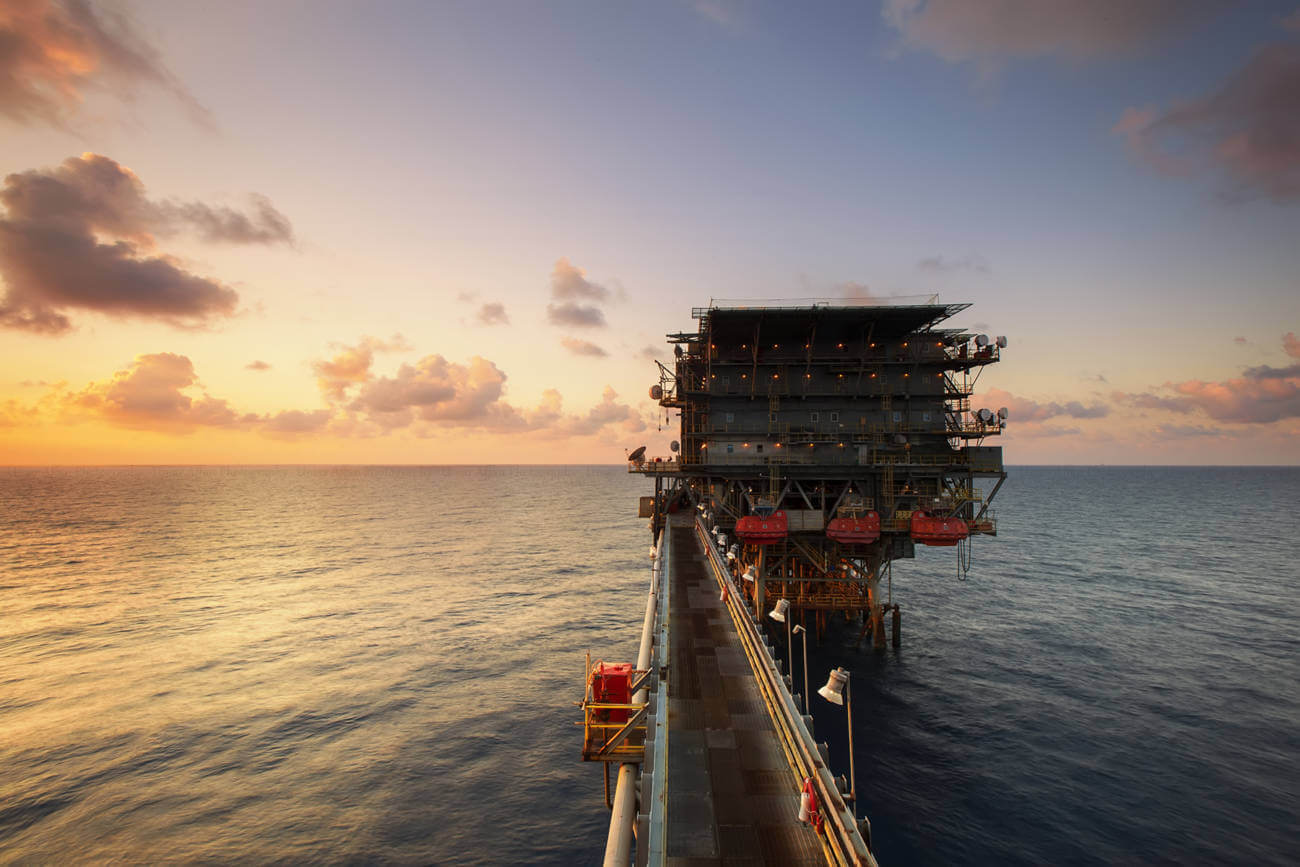 Oil prices are very important for global economies, as they are one of the basic commodities most economies use. A “sudden surge(s)” in oil prices can cause “economic havoc.” The prices of oil have fallen in “a large-scale international redistribution of income, from sellers to buyers”. In 2013, the UK “shop prices fell 0.5% year-on-year, the third consecutive annual decline” all showed declines. Thus a decrease in oil prices could help boost the UK economy.

Oil Prices, why are they so important?

For the UK, the fall in oil prices causes the short run Phillips curve to move down, from A to B, as prices decrease, which lower inflation. This occurs because a fall in oil prices is often similar “to a tax cut for consumers”. For businesses that use oil products, their cost of production decreases and they can invest more on shortening the time of production instead. They can also offer lower prices for their products to consumers, allowing them to save more for future consumption. This creates less pressure on prices for businesses and consumers that use oil. Furthermore, the UK is a “net importer of crude oil”, thus this change can help the government gain more from income, as “consumer spending and non-oil business profits” would increase.

The UK’s central banks would encourage this activity by decreasing interest rates, moving the UK economy to the right onto the MR curve to point C as shown in the diagram 1. Lowered oil prices allow businesses to invest more to improve production. This could increase levels of consumption and investment, which will ultimately increase aggregate demand and growth for the UK economy. Thus change in interest rates could help inflation to decrease and create a positive output gap. Looking at it from a diagrammatic point of view, position C on diagram 1 is sustainable to a certain extent, as all factors of productions are used beyond its fullest capacity. 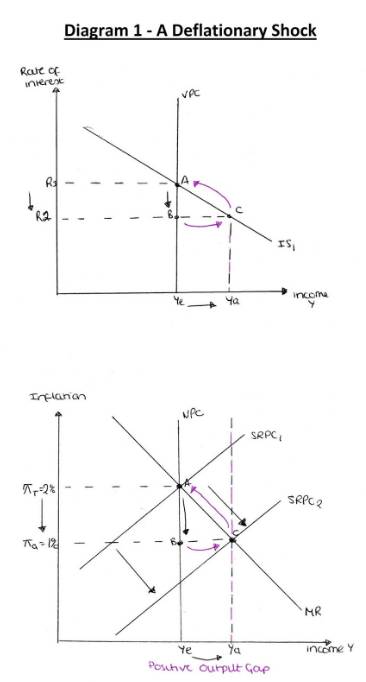 However, in reality the constant fluctuation in oil prices causes speculation and could lower consumer and business confidence. In the long run, this could cause deflationary pressure to occur. This increases the risk of delayed spending as consumers and business wait to take advantage of lower prices in the future. Inflation could remain above zero but not at the target rate of 2%.

Keynesian economist refers to this as the ‘liquidity trap’ as lowering interest rates has no effect upon the economy. This means, if the central bank lower interest rates any further than its stabilising rate, it might not make any effect on the economy, because consumers and business are not confident, thus they delay spending further. Fears of an increase in interest rates could affect the UK economy negatively. This is occurring currently as “The central bank said cost pressures in the UK’s labour market were rising too slowly for inflation to return to the central bank’s 2% target” as a result, inflation is expected to stay below its target rate. Thus the Bank of England would not want to increase interest rates if the labour market is unstable.

How should the UK adjust to a more sustainable economic position?

Nevertheless, if there was no real observational time lag for the monetary authorities taken into account. (Mankiw, 2013, Book) Then the central bank might suggest increasing interest rates to reduce demand and stimulate an incentive to save for consumers. In the long run, it could discourage investment, as higher interest rate requires businesses to borrow at a higher rate of interest to pay back. Thus there would be saving more and less investment, slowing down the UK economy. This is shown in diagram 1, as the interest rates moves from IS2 back to SRPC at point A. This shows inflation is at its target rate of 2%. Thus theoretically an increase in interest rates should slow down economic growth. Then bring inflation back to a more sustainable position in UK economy.

It is difficult to maintain consumer and business confidence in the UK economy. With Brexit taking most of the headlines, there are more increasing concerns of the future stability of the UK economy. Also inflation rate are at 1.8% and has been growing since October 2016. Oil is one of the UK basic commodities, hence fluctuation on prices could cause major damage upon consumer and business confidence.

Currently, there is a “downside risk to our 2018 (oil prices which is forecasted at) $55 per barrel, but not to our expectation that the global oil market will shift into deficit in the first half of 2017”  This creates a negative signal on demand as oil prices remain in its mid $50s range. This causes major companies such as BP to struggle in the current economic climate. BP have stated needs oil prices to rise substantially this year in order to balance its capital spending and cash flow according to the times. This suggests how business confidence is falling, as inflation begins to increase

To help slow down a booming economy in the long run, the UK government could increase interest rates. Another solution could be to sell government bonds and shares. This could decrease the amount of the money in the economy, to reduce the pressure on inflation. Thus, encourage consumers to save more and businesses to invest and borrow less. This could possibly reduce the speed of inflation whilst trying to raise employment levels. Alternatively, the central bank could work with the government to use supply side policies and decrease trade union power. They could increase efficiency for firms and reduce unemployment when labour markets are competitive.

In reality, it takes at least one year for changes in interest rates to affect the economy. If the central bank decides to change interest rates to bring inflation to its target of 2%. These solutions highly depend upon other components such as business and consumer confidence and time lags. Also it is very difficult to control inflation solely through changes of interest rates. There are also other factors to consider whilst making this decision, such as the current NHS crisis.

You might think having low oil prices are good for the UK economy, but is it sustainable with the ever changing stability of the UK economy?