In preparation for TFG attending IFN Asia next week in Kuala Lumpur, we put together a brief overview of shariah law and shariah finance, outlining the key differences between riba, gharar, musharakah and sukuk. 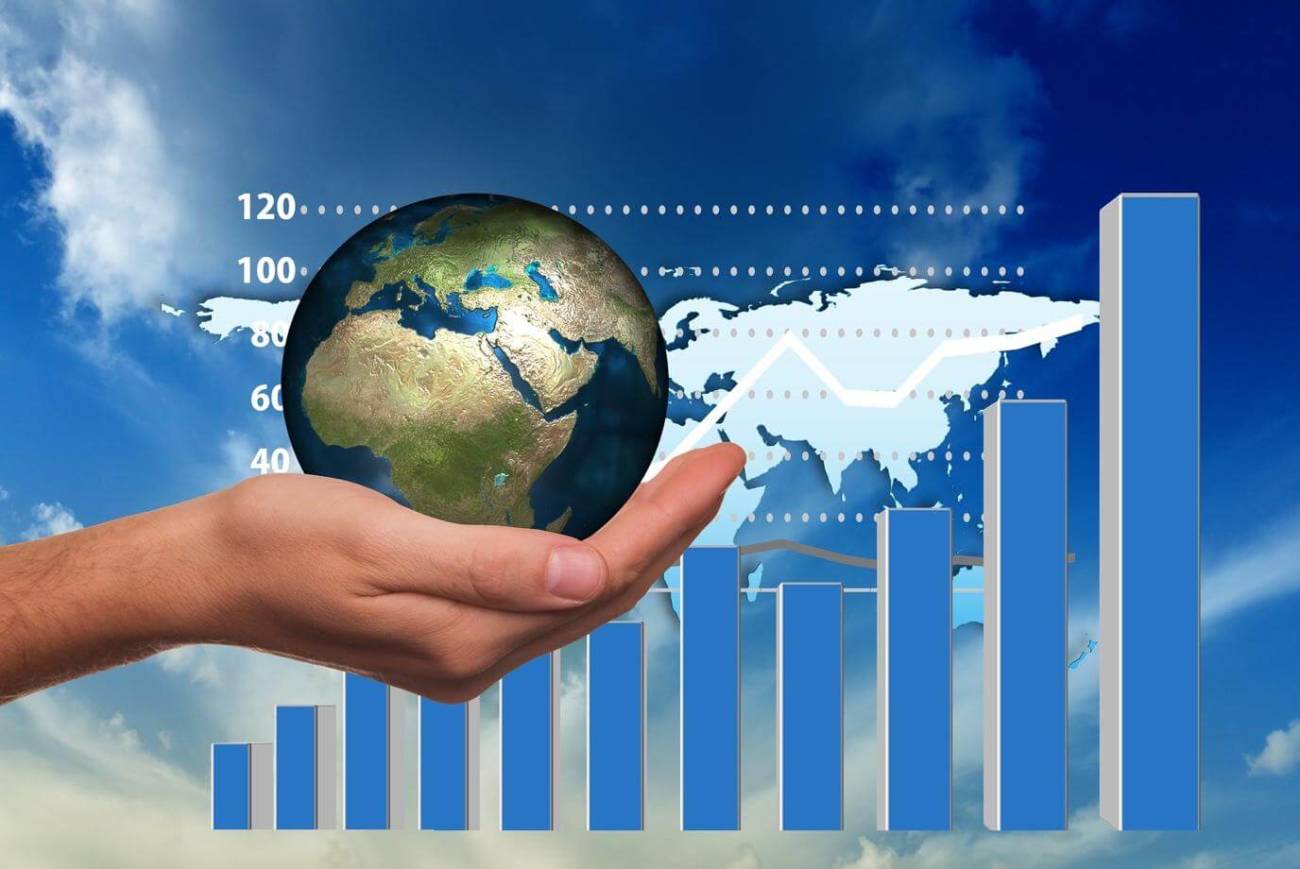 The WTO estimates between 80% and 90% of global trade relies on trade finance, yet there is a $1.5 trillion gap between the market demand and supply for trade finance.

It is not a well-kept secret that the global trade community has a large gap between the amount of capital required for businesses to run as efficiently as they can, and the amount of finance provided. Do not confuse this lack of provision, for it is not a lack of supply – the capital is indefinitely there. Instead, it is a gap between demand and provided supply that is causing the issue.

The trade finance gap is estimated by global institutions to be as high as $1.5 trillion and is posing some serious issues to businesses – SME’s in particular. These issues, are then rippling through the global economy, impairing the development, investment and financial inclusion that have provided so many years of prosperity.

“This lack of financial inclusion could have a detrimental impact on the wider economy, with persistent trade finance rejections potentially cutting off some businesses from the trading ecosystem” Paul Camp, Chief Executive Officer, BNY Mellon Treasury Services.

BNY Mellon, along with assistance from the International Chamber of Commerce has conducted a global survey titled ‘Overcoming the Trade Finance Gap: Roots, Causes and Remedies’. This survey approached over 100 global bankers, specialist trade providers, regional and domestic banks and other industry participants 10 questions.

Designed to give some real-time viewpoints and opinions from people operating within the industry on a daily basis, the survey looks at the most popular choice for driving issues, along with resolution recommendations on how we can move away from the gap.

From a sample of 84 participants, one third (33%) of respondents reported that the rate of rejection for trade finance for their institution had accelerated in the past year. When respondents were then asked the same question, but for other institutions, the responses rose to over half (52%). This should provide some insight as to just how large a problem there is. If 52% were to be completely accurate, that is effectively cutting out half of the supply force.

So, what are the driving forces behind such high rates of rejection for trade finance? Credit was largely cited as an answer; however, regulation and compliance were amongst the most common answer given from the participants.

Fast forward to this year’s BNY/ ICC collaborative survey, compliance constraints/ inability for applicates to provide quality KYC was the most common reason that transactions were rejected, at 34%. Furthermore, 71% of respondents claimed it to be either the first or second top reason. Albeit an improvement, this is a drastically high number which provides a clear picture of what is causing issues on the front-line of the industry.

It must also be noted that “geo-political risk/ economic factors” was also an option. It is fair to say that within the last year, the rise in (or development in complexity of existing) geo-political tensions and the economic uncertainty this has caused accounted for some respondents’ answers that would have otherwise been directed at compliance. 42% of respondents were reported to have put this as the first or second top reason for the trade finance gap.

Another risk for businesses, particularly in light of macroeconomic uncertainty has been around foreign exchange rates. Particularly around North America and Canada, with stringent regulations governing forex in Canada, mitigating FX risk is tricky, when trading in different currencies.

But in what way has compliance levels contributed to the trade finance gap? The answer is simple; cost. Because of the costs associated with being fully compliant, banks and other lending institutions have been found to act in a more selective manner, effectively moving away from geographies and sector that appear to hold a greater proportionate risk – missing out a large section of the industry.

When asked to highlight the best ways in which the global trade community can properly address the trade finance gap, two answers equally accounted for 60% of the sample population; enhanced technology solutions and revised regulatory environment. Together, improvements in these areas are believed to improve the trade financing landscape providing transparency, opportunity and efficiency.

As compliance constraints were named as the most common obstacle to trade finance, a revised regulatory environment was listed as one of the best ways to address the gap. Such developments would allow more freedom from lending institutions to profit from riskier environments.

55% of all respondents reported that regulator and bank alignment require a greater collaboration between banks and regulators on the design of appropriate regulations.

The provision of clarity through amendments to the currently compliance structure would allow banking institutions to approach new geographies in which emerging markets could greatly benefit from trade finance. This investment into growing markets has proved profitable for the world time and time again.

Realistically, the revision of compliance and regulatory environments will require substantial amounts of collaboration, transparency and time and effort between regulatory bodies and banking institutions. It entails the construction of new requirements, agreements and regulatory platforms all being universally agreed upon. The likelihood of all parties gaining the benefits they all desire from a regulatory revision is slim to none, however the implication of technology and its respective developments may make a difference.

There are many initiatives erecting around the world that aim at simplifying, streamlining and evolving the trade finance landscape. Initiatives such as the TFD Initiative – a cooperative effort between 10 of the world’s largest banks directed at enhancing trade and production efficiency.

There is also the rise of blockchain solutions. There are many consortiums around the world that contain top-level members (HSCBC, IBM etc) that are all contributing toward a way that blockchain – or at least a form of decentralised network – can be implemented into trade finance to address some of the inefficiencies. For example, Barclays and an Israeli company Wave used a block-chain platform to guarantee the exports of over $100,000 worth of dairy product. This process would take ten hours using conventional methods, however through a decentralised network it was made possible in just under four hours.

The BNY survey found contrasting results. 43% of respondents claimed that distributed ledger technologies were the least effective way to bridge the finance gap. This may largely down to the lack of public understanding, and also development stage of the conceptual platforms. The reason for the presence of the aforementioned consortia is because of the lack of well-rounded knowledge on the topic. Essentially, this is still being worked on and worked into the trade finance world.

A leaf out of Islamic Finance’s book

A pillar concept of Shariah-finance was found to be a popular resolution to the trade finance gap. Risk sharing was voted among the most effective ways to address the issue of the trade finance gap. As poor credit quality was listed among the most popular reasons for the rejection of trade finance it would sensibly lead one to assume that, if that risk were to be divided, thus lessening the exposure of the lending bodies then the availability of finance should increase.

The emphasis on risk-sharing opens up an interesting avenue for resolution. 23% of respondents reported encouraging alternative financiers to provide additional liquidity through bilateral arrangements and multi-party risk asset exchanges as one of the most effective ways banks can help address the trade finance gap.

The BNY & ICC’s trade finance study highlighted just how much of a problem the trade finance gap is. The demand for trade finance is colossal, producing as much as £31.3 billion worth of revenue for the world’s largest top ten banks. If the current market is able to produce such large numbers for 10 institutions alone, then the benefits felt around the globe from the provision of trade finance is incomprehensible.

Current technologies offer very little solutions to the issues faced by institutions when providing finance. The development of these technical solutions was voted among the most popular way in which the global trade community can effectively address the gap.

This, along with a revision of regulations and compliance may provide capital, clarity and opportunity for banking organisations, which should result in a loosening of the finance constraints experienced by businesses- SME’s in particular. By providing a compliance system in which the majority of organisations are able to distribute finance, without such regulatory constraints in an ethical manner we would see similar benefits to that of globalisation. As more firms traded, more profit was made which led to further competitiveness – pushing the economy toward a more varied and efficient market.