The Snap Election – And What It Means for the UK

On April 19th, Members of Parliament voted in a 522-13 majority favour of Theresa May’s announced Snap Election, allowing Brexit and ultimately Britain’s future to be put in the English… read more →

On April 19th, Members of Parliament voted in a 522-13 majority favour of Theresa May’s announced Snap Election, allowing Brexit and ultimately Britain’s future to be put in the English public’s hands. This call for an election came after the PM had previously stated a snap election would not happen, and she would carry on through until 2020.

So why has May called a Snap Election?

In her 11:15am announcement, she summarised her parties Brexit plan, of having “control over our own money, our own laws and our own borders and we will be free to strike trade deals with old friends and new partners all around the world.”.

She went on to state this is the right approach, claiming it is in the Nations interest, however she also stated “the other political parties oppose it”. This opposition from other parties comes in the form of the Labour party threatening to vote against the final agreement the PM and her team arrive at with the EU.

The Liberal Democrats, according to May “want to grind the business of government to a standstill.” Which at such a politically and economic volatile time such as today, would cause real, long lasting issues.

Prime Minister Theresa May and her Conservative party currently hold a 17 Seat majority after winning 306 (now 330 – Parliament) seats in the last election. Holding a small majority such as this makes passing acts and other governance difficult when the issues at hand are controversial and widely debated, which of course, Brexit is. The election not only allows other parties the chance of governing, but also enables the Conservatives to possibly win a larger majority government.

When May unexpectedly took office after David Cameron’s resignation following the referendum result, she stated in an interview she would hold office through to the end of her term – 2020. This came after his right honourable gentleman Cameron introduced, along with his coalition government, the Fixed Term Parliament Act (2010) which abolished the right of a Prime Minister to call for an election without two thirds of Parliament Members voting in favour – which was confirmed for Theresa May’s election April 19th.

However, from her speech this week and the resulting election we can only assume she had assumptions of a ‘smoother ride’ in office.

What are the Polls Saying?

According to UK Polling Report, Conservatives are significantly ahead with 48%, while Labour are in second with 24%. Liberal Democrats are reportedly holding 12% and UKIP 7%. Bare in mind that the Conservative party won the most seats in 2010 with 307, which was a 38.1% share of the votes.

This indicates a strong position for the conservatives going into the June election.

How have the Markets reacted to the announcement?

On the morning of the 18th April, Downing Street announced the Prime Minister would be making a statement at 11:15am – a time usually used for significant political announcements. Upon announcing the statement, markets reacted substantially. 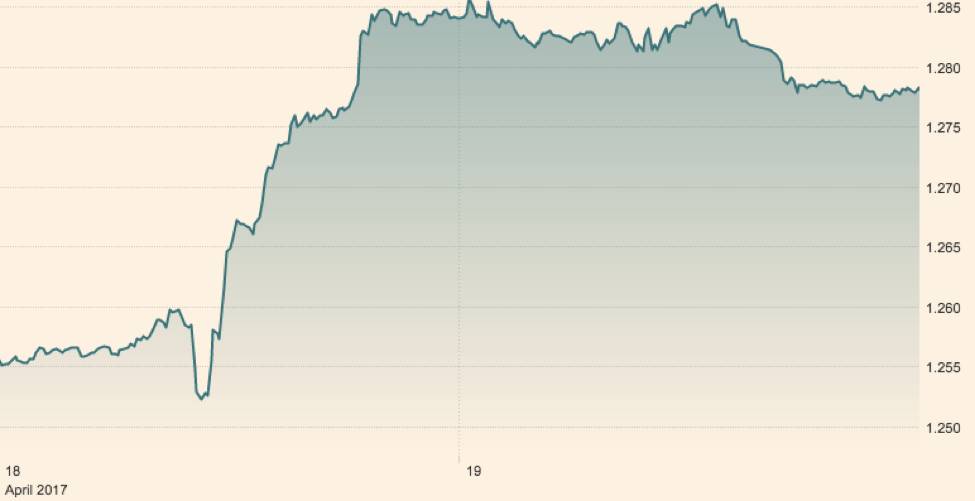 For more information on how Brexit has already affected the Pound, see Trade finance’s Pound tipped to test 2016 against US dollar.

Unfortunately, due to the significant rise in the Pound, Britain’s international competitiveness took a hit, and as a result so did the FTSE 100. 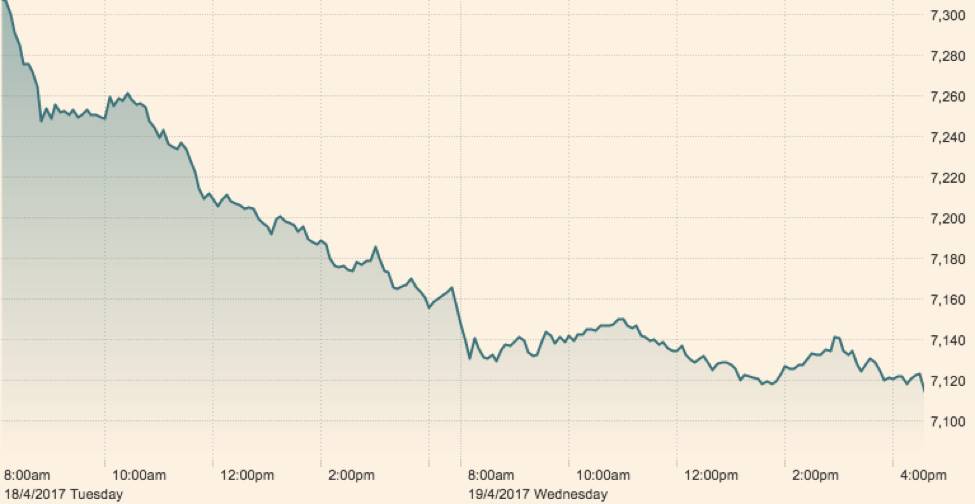 At 9:15am on the 18th April, the FTSE 100 index was at 7,253. By 10:30am, following the announcement of a PM speech, the FTSE rose to 7,250. By 12:30pm, after the announcement of the Snap election, the FTSE index had fallen to 7,199. This decline shows the companies listed in the FTSE 100 suffering from less international demand caused by the higher pound. This decline also resulted in the loss of £46 billion across the companies of the index.

What to look for when voting this June…

It is widely accepted the main campaigning point of the election will be Brexit, and how it is formalised. With Theresa May rejecting televised debates during the campaign period, it will be campaign statements and manifesto’s that reveal the parties plans.

Not in some time has there been political turmoil globally such as there is now. With President Trump introducing controversial policies, North Korea tensions, Chinese tensions, Russia’s involvement, and indeed Brexit, the developed world is in disarray.

Such highly volatile markets suggest substantial risks for investors and traders alike, on the other hand, the opportunities are no less significant.

Brexit specifically is affecting politics purely because, although justifications may vary, the political orientation of the individual doesn’t affect their stance on Brexit, with members from all parties having both for-EU and against-EU opinions. Moving deeper, the ways in which Brexit should be carried out are also controversial. All of this mean the manifestos are likely to vary, and will likely be subject to mass debate – just not formally on T.V.

Do you trade with the EU?

When trading in other currencies, currency volatility should be an important consideration for your business to mitigate external risk. We have a team of business currency experts that you can talk to, or, alternatively we have put together some extensive guides on currency options, forwards and risk management for those trading in different currencies.