“Signal of Intent”: Britain Withdraws from the London Fisheries Convention

One of the arguments that was repeatedly made during the Brexit campaign was that by leaving the European Union, Britain’s fishing industry would be revitalised as it took back control… read more → 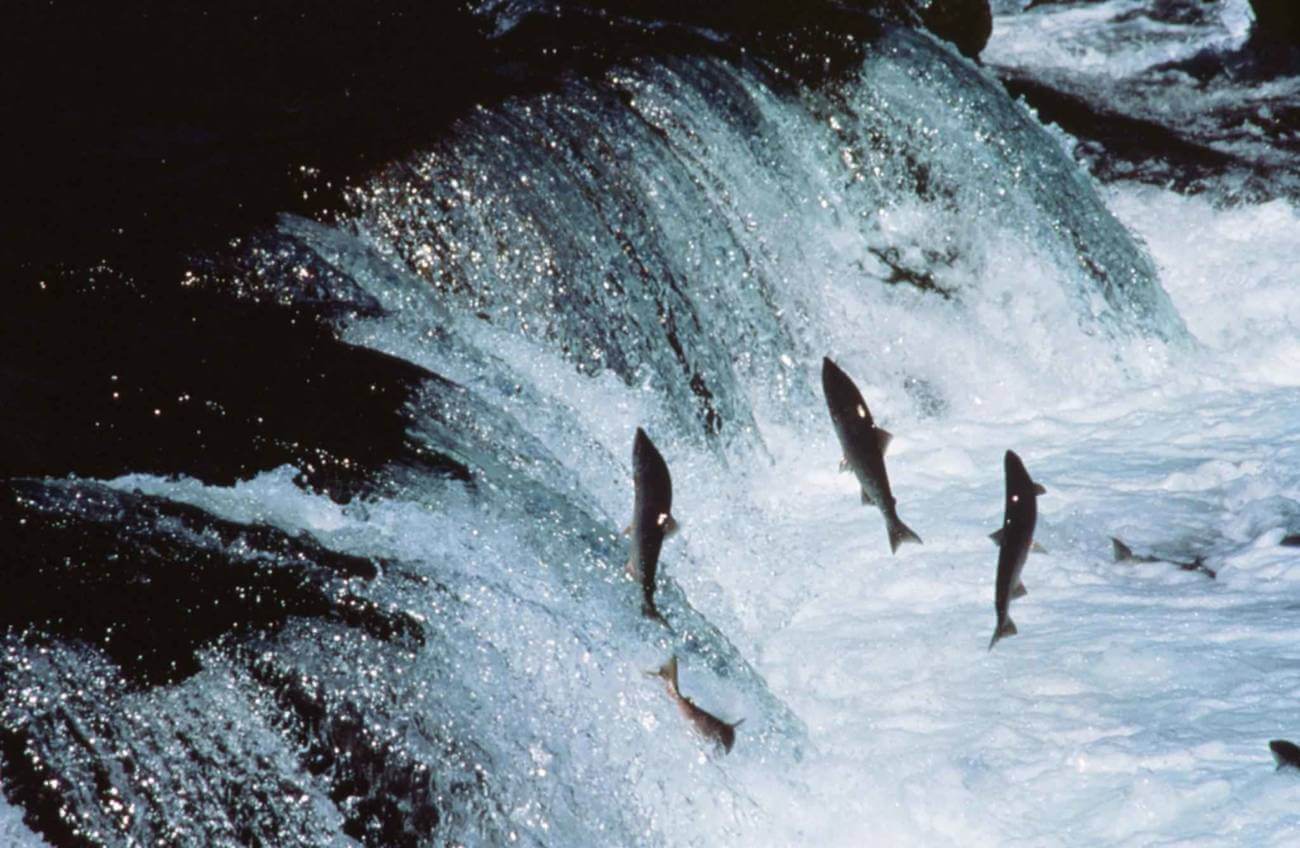 One of the arguments that was repeatedly made during the Brexit campaign was that by leaving the European Union, Britain’s fishing industry would be revitalised as it took back control of its waters. Until recently, however, whether Britain would have full control of its fisheries post-Brexit was a hotly contested topic.

This is because of the London Fisheries Convention; an agreement that predated the EU and gave a number of countries access to UK waters for fishing. In a recent move, the UK has started the process of withdrawal from this Convention, ending the debate on its importance and marking a clear intention of a hard Brexit. This article will look at what the London Fisheries Convention is, the way it aligns with the Brexit process, and the importance of this withdrawal for the UK fishing industry.

What Is The Convention?

The London Fisheries Convention is an international agreement that was signed in 1964 allowing full fishing access to the 6 to 12 nautical miles out from the coast of each party. The parties involved were Belgium, Denmark, France, Germany, Ireland, Italy, Luxembourg, Netherlands, Poland, Portugal, Spain, Sweden, and the UK.

The debate over the importance of this Convention emerges out of the fact that most believed it to have been superseded by the EU’s Common Fisheries Policy (CFP). This is due to the fact that all parties of the Convention are members of the EU. If it has been superseded by the CFP then the uncoupling of the UK from the EU will result in foreign fishing vessels no longer having access to British waters. However, whether or not it was superseded appears to be a highly contentious topic that would most likely require a long legal process to establish what the post-Brexit outcome means.

Therefore, by initiating the withdrawal from this Convention the UK government is removing any need for this debate to occur, making clear its intention to ‘take control’ of its waters post-Brexit. It is worth quantifying the degree to which the UK believes its waters to have been ‘taken’ from it; Figure 1 shows the breakdown of different quantities of fish that various areas have landed from 2012 to 2014. 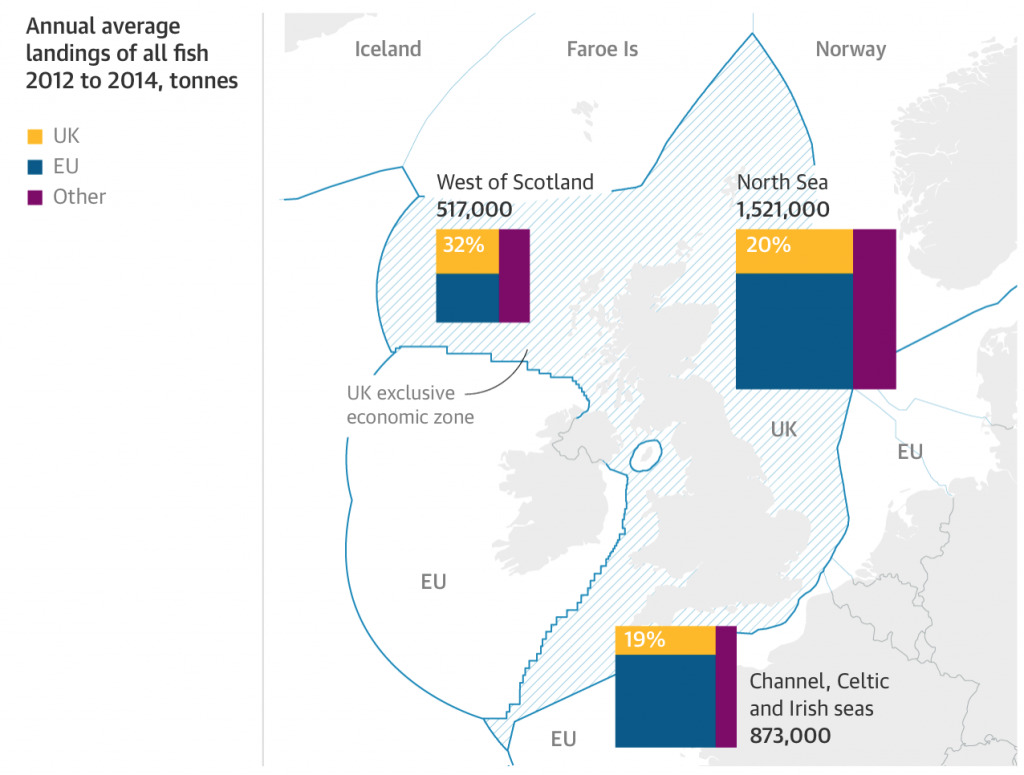 How Does Withdrawal Relate To Brexit?

As mentioned above, withdrawal from this Convention shows a clear alignment of UK policy towards regaining full control of its fishing waters post-Brexit. Michael Gove, who played a large part in the Leave campaign and is the current Environment Secretary, has stated that this withdrawal from the London Convention was “an important movement as we take back control of our fishing policy”.

A few months ago a leaked EU memo was reported. This stated that post-Brexit, the “granting of access to the EU domestic market to the UK” should be conditional on the continued access of EU fishing vessels to UK waters as outlined in the CFP.

The importance placed on EU access to British waters is not arbitrary. It is estimated that the EU as a whole catch roughly 33% of its stock from these waters, making this an extremely valuable area for them. Belgian fishermen are set to face a particularly tough deal due to their strong reliance on these fishing areas. Half of the Belgian catch is made in the 200 nautical miles from British shores that is set to be ‘reclaimed’. They are therefore keen for this topic to feature prominently in Brexit negotiation talks.

What Does This Mean For Exporters?

One group that is likely to be hit particularly hard by a reclaiming of British waters is those companies that export fish to the UK. Not only is there already the problem of the weakened pound that has made the idea of importing goods less appealing to UK businesses, but there is also the problem that the UK’s fishing activity will no longer be bound by EU enforced quotas.

If it is true that when the cap gets lifted the UK fishing industry will boom, then this is bad news for foreign companies that rely on the UK consumer’s preference for foreign caught fish. A booming domestic industry has the potential to push down the prices of those fish caught by UK fishermen, making them more appealing to UK retailers and customers alike.

Furthermore, the type of trade deal that the UK establishes with the EU will also have a large impact on the success of those companies that export fish to the UK. The large quantities of prawns and tuna that the UK imports could soon face heavy tariffs and therefore rising prices. These high prices would be likely to drive consumers towards the significantly cheaper domestically caught fish, such as mackerel.

Why Is This Withdrawal Important?

Unsurprisingly, this withdrawal has been met with widespread support from the UK’s fishing industry. The CEO of the Scottish Fisherman’s Association, Bernie Armstrong, was “extremely pleased” with this “signal of intent”.

The UK’s fishing industry was notoriously hit hard when Britain joined the EU due to various catch quotas that were established. It was not just the fisherman who were affected. The effects could be felt throughout the supply chain from the net makers through to the market sellers. 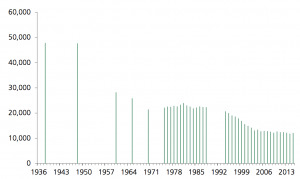 Figure 2 shows the extent of the decline in the number of fishermen employed in the UK and figure 3 shows the decline in gross tonnage caught. Whilst these drops can be attributed to a number of causes – for example, new technology lowering the number of fishermen required, and declining fish stocks due to unsustainable fishing practices – a significant reason has been the restrictions placed on the fishing industry by Brussels. It is therefore hoped by many that this withdrawal from the London Convention is the first step in the process of ‘taking back control’ of British waters and in revitalising the UK’s fishing industry. 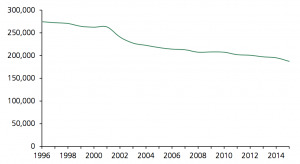 There are, of course, those who argue that the CFP actually helps the UK fishing industry. This viewpoint has a number of arguments for it, the main one being that there is an indirect benefit to the UK waters by being part of the CFP. This benefit is the fact that the fishing quota’s enforced by the CFP have helped rebuild those fish stocks that have been depleted by past unsustainable fishing practices. This is evidenced in the recent recovery of cod stocks in the North Sea.

If the UK were to leave the CFP and the London Convention then there is the potential for the reduced regulation of these areas to lead to over-fishing. This, in the long-term, could do further damage to an already suffering UK fishing industry. Again, as mentioned above, any impact on the fisherman will be directly felt by those throughout the supply chain. Some estimates state that 8 inland jobs are at risk for every fisherman’s job lost.

The outlook for UK fisherman and the associated businesses is therefore extremely unclear, with strong arguments being made both for the benefit, and for the damage this withdrawal from the London Convention and subsequently the CFP will do. What can be said with some confidence, however, is that it is highly unlikely that either sides predictions will be quite as extreme as is made out.

More information on how Brexit will affect UK business and trade can be found in Trade Finance Global’s 2017 Brexit Report.