Renewable energy, and the rational choice of project finance to fund it

Renewable energy, and the rational choice of project finance to fund it. “Earth’s global surface temperatures in 2017 ranked as the second warmest since 1880.” (Source: NASA) This is equivalent… read more → 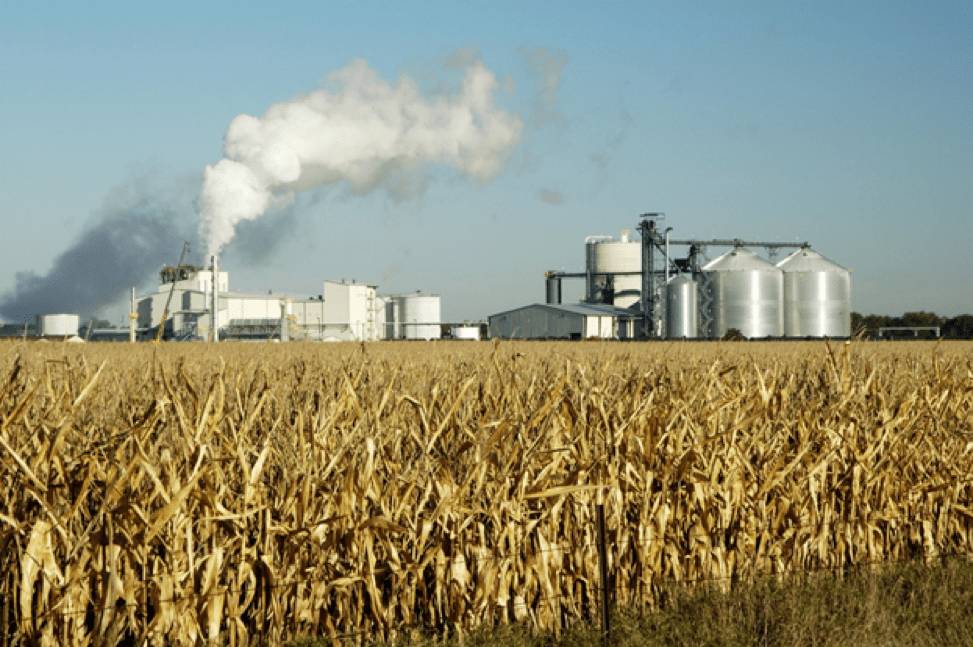 Renewable energy, and the rational choice of project finance to fund it.

“Earth’s global surface temperatures in 2017 ranked as the second warmest since 1880.” (Source: NASA) This is equivalent to an increase of 0.9℃ when compared to the average temperature between 1951-1980. Despite a proactiveness of governments to tackle climate change and a drastic decrease in the price of renewable energy in the last decade, it would still need the investment of trillions of dollars, pounds or euros to switch to a global, emission-free, energy production. Those investments are bearing risks for investors. Risks that can be mitigated when using project finance to fund renewable energy projects.

Defined in the Basel Committee on Banking Supervision (2004), “project finance is a method of funding in which the lender looks primarily to the revenues generated by a single project, both as the source of repayment and as security for the exposure.” Click here for the full article.

Let us break the definition apart and establish three main characteristics of project finance, which will be concretized later in this article:

Further, in its tradition, it is generally long-lasting infrastructure projects such as energy utilities, highways or even gigantic buildings like the Burj Khalifa that are financed through project finance.

Project finance provides advantages not only in the private sector but also in the public. Many countries are making use of the so-called BOT (Build-Operate-Transfer) form of project financing. In this framework the public administration delegates the building and designing of a certain infrastructure to the private sector. The company that has been awarded the project then operates and maintains the facilities for a certain period, after which the ownership of the facility will be transferred back to the government. This period is also known as the concession agreement. During that period, the private entity – being the owner – bears the full responsibility for the project. This includes the raising of finance but also entitles the company to retain all revenues generated. At the end of the concession agreement, however, the private entity is not granted any additional funding, when transferring back the ownership. There is no selling price.

This enables governments to bring in the expertise that is available in the private sector. So, what would be the motivation for a private company? Recall the characteristics of project finance. 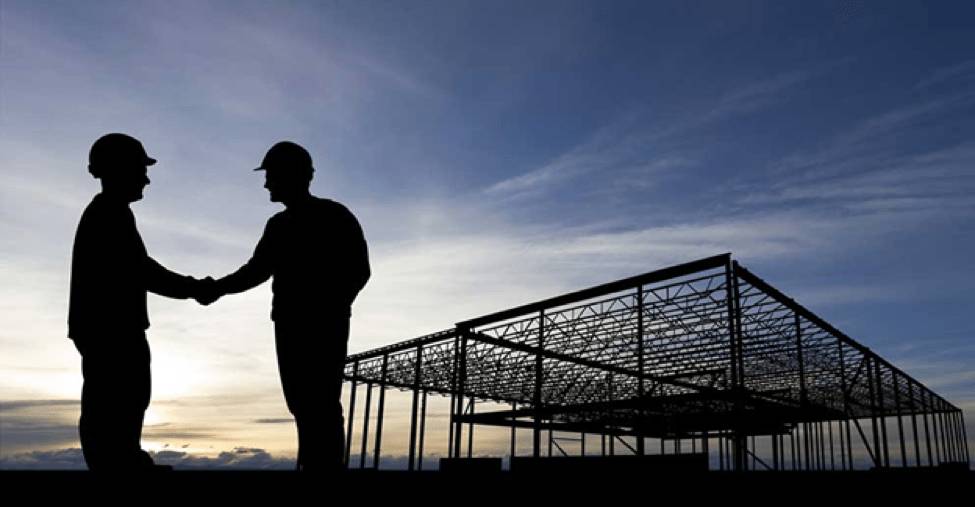 In the most basic financial theories, companies are evaluated on their balance sheet. From it, investors can calculate ratios that provide information about the liquidity, the efficiency, as well as the profitability of a company. Ratios, like the debt-to-equity ratio, can also directly relate to the level of risk a company bears. As a rule of thumb, higher debt generally means a higher risk, whereas more equity means less risk. The amount of debt in the balance sheet then influences the cost of further borrowing of money.

In 2015, an offshore wind farm in Butendiek (Germany) was inaugurated. The total costs for the construction amounted 1.324 billion Euro. The debt to equity ratio amounted 75:25. In total, 994 million Euro were financed through debt and only 330 million by equity. This is a considerable amount of money.

Now, imagine being a company – that built on its own the whole project, without using project finance – and it is that amount of money, that you need to raise to build one single project. Raising such an amount of money is, even in this time of low-interest rates, not an easy task to accomplish. Further, this additional amount of debt will most certainly jeopardize any further plans of investments.

Being able to outsource the financing of a project from its own balance sheet can be one of the motivations when considering project finance.

But off-balance sheet financing is not the only characteristic and motivation for using project financing. Over the course of history, humans always arranged to share the risks of a venue with like-minded businessmen. If losing a cargo in the XVIIth century­ – when shipping was far away of being a safe endeavour as it is today – it was better to lose a part of the cargo rather than the full investment.

By creating a special purpose vehicle (SPV) – in other words, a project company – many sponsors and investors can share the risk that is relevant when building giant wind or solar farms. This goes so far, that special contracts are drafted that assimilates the risks to those parties, that is the most suited to bear it.

Further, the final motivational aspect, project finance can be considered as an extension of the limited liability of a company. Should a project fail, it is only the SPV that will go into bankruptcy and not anyone of the sponsors.

Empirical research has provided evidence, that “project finance is used primarily to fund tangible-asset-rich and capital-intensive projects with relatively transparent (often hard-currency) cash flows.” Those findings underpin the choice of project finance when financing renewable energy projects, that in nature are asset-rich and capital-intensive.

It is thus with no surprise, when looking into the details, that Butendiek has been financed using project finance. Let us compare it with renewable energy projects all over the globe. Butendiek is far from being the only one financed this way.

A data sample, provided by Thomson Reuters, shows that there was a massive increase in project finance loans in renewable energies that started in 2001 with a drawback following the 2008 global financial crisis. After a short recovery from the crisis between 2009 and 2010, another important decrease hit the project finance loan industry. This occurred during the period of 2011-2015. A timeframe that overlaps with the Eurozone crisis. The reasons behind this very specific movement in the number of projects can almost be fully explained by two factors: the price of oil and the governmental regulations.

Ever since Henry Ford made cars available at prices that even the poorest could afford, the oil industry has been a major driver of global technological and economic growth. Oil is the black gold: it is easily transportable, storable and contains a very high amount of energy. Energy, that is reliable and always available.

The major disadvantage – that could almost outweigh all its benefits – is the fact that, when burnt, a full load of carbon dioxide is released into the atmosphere. Remember, CO2 is currently the main contributor to global warming. On the opposite, the unique selling point of renewable energy is the fact that the energy that it produces is emission-free.

When comparing the number of project finance loans against the Brent price, the similarity in the time series is astonishing. As a matter of fact, the correlation between the amount of project finance loans and the price for crude oil is highly positive (0.89). A strong positive correlation indicates that both are moving in tandem. If the price of oil increase so will do the investments

In sectors where oil is used as an input, higher prices mean higher operative costs. This creates strong incentives for companies in Europe and the US to switch toward renewable energy.

The first big step, that the international community made, was the Kyoto Protocol in 2005 “with a view to reducing their overall emissions of such gases [Greenhouse gases] by at least 5% below existing 1990 levels in the commitment period 2008 to 2012.” Earlier, major OECD countries signed national laws, like the Renewable Energy (Electricity) Act from the Australian Government in 2001 (which coincides with the increase of investments in renewable energy), followed by the Energy Independence and Security Act of 2007 from the US and the Directive 2009/28/EC in the EU.

Most of the oil is produced in OPEC countries, whereas most of it consumed in the OECD’s. Consequently, one of the main motivation being the independence of the OPEC and other oil exporting countries. The other being, of course, to tackle global warming.

Even though numbers may differ, every agency that establishes forecasts about the need for energy agrees on one aspect: the demand for it will increase in the future. The International Energy Agency states in his annual World Energy Outlook that “by 2040, primary energy demand is almost 30% higher than today”. However, dangerously approaching the point of no return of climate change, the increase in demand will also bring new threats to the world’s climate. Threats, that will not only affect future generations but will also find repercussions in the very short term.

Should the goal, of global warming reaching a maximum of 2℃ by 2100, be achieved, there is an urgent need to invest in renewable energy. Investments in the high of trillions of dollars. To give incentives to investors, project finance should be used to fund them.