The “bitcoin mania” – referring to the tulip mania of the seventeenth century – has lost its momentum. However, what should really be looked at is the technology behind the… read more → 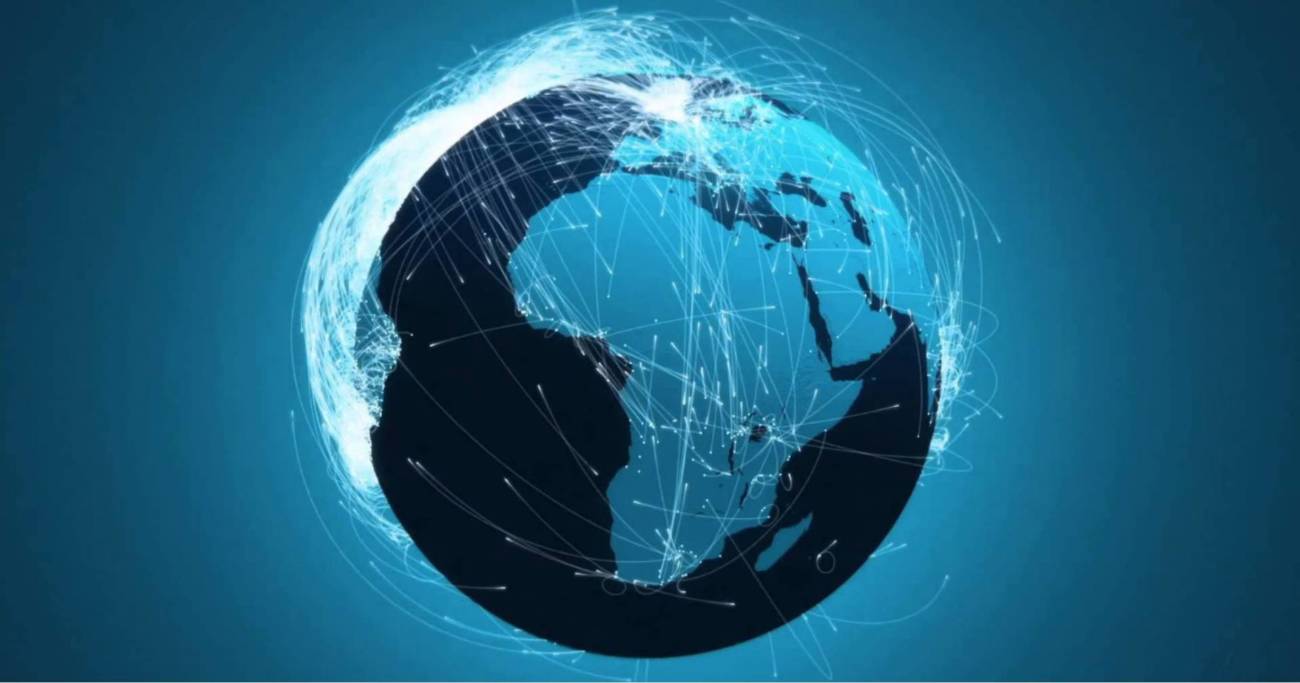 The “bitcoin mania” – referring to the tulip mania of the seventeenth century – has lost its momentum. However, what should really be looked at is the technology behind the cryptocurrency. Mercuria was the first, Trafigura the second, now every major commodity trading house tries or considers on somehow implement the so-called Blockchain technology in its supply chain.

The “bitcoin mania” – referring to the tulip mania of the seventeenth century – has lost its momentum. However, what should really be looked at is the technology behind the cryptocurrency. Mercuria was the first, Trafigura the second, now every major commodity trading house tries or considers on somehow implement the so-called Blockchain technology in its supply chain.

Basics first. A blockchain is a distributed database, where transactions are organized in blocks. Each block has a timestamp and an association to a previous block, forming the so-called blockchain. Using a distributed ledger and cryptology, the technology ensures that everyone’s copy of the ledger is kept synchronized and unique. While information can be added, it can’t be deleted. The main idea behind the technology is the security and independence of data. But this isn’t the only advantage. A transaction based on blockchain can take place at the speed of light, connecting places distanced by a thousand miles in only a fraction of second.

While blockchain started as the underlying technology for cryptocurrencies, the use of distributed ledgers is forecasted to grow exponentially in the coming 4 years. Besides, applications can be found in many other areas. One of these is the commodity trading industry. 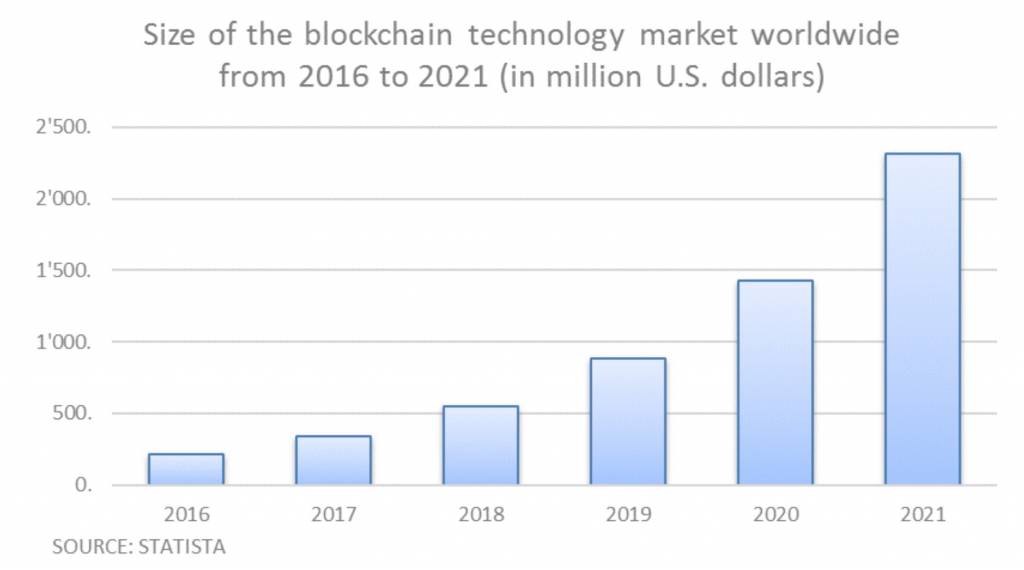 What commodity traders do

A very simple definition of commodity trading is the shipping of goods and commodities from A to B, exploiting the price difference in both places – arbitrage – to make a profit on the margin. While this sounds like an easy job, the reality is far more complex. The risk that multi-billion companies like Glencore, Trafigura or Mercuria face include

While the first risk listed is difficult to hedge, the traditional way of mitigating the other ones is by making use of payment relevant documents. The most important being the Bill of Lading (B/L, paper of ownership), followed by the Letter of Indemnity (in case that documents are not processed in time). They provide, when original copies, security to the concerned parties, by ensuring that no one falsely assumes proprietorship of goods. Those documents are also the underlying framework of various banking instruments like the Documentary Collection or, more significantly, the Letter of Credit. Further, allowing the trader to finance the whole endeavour by a bank which provides Trade Finance. 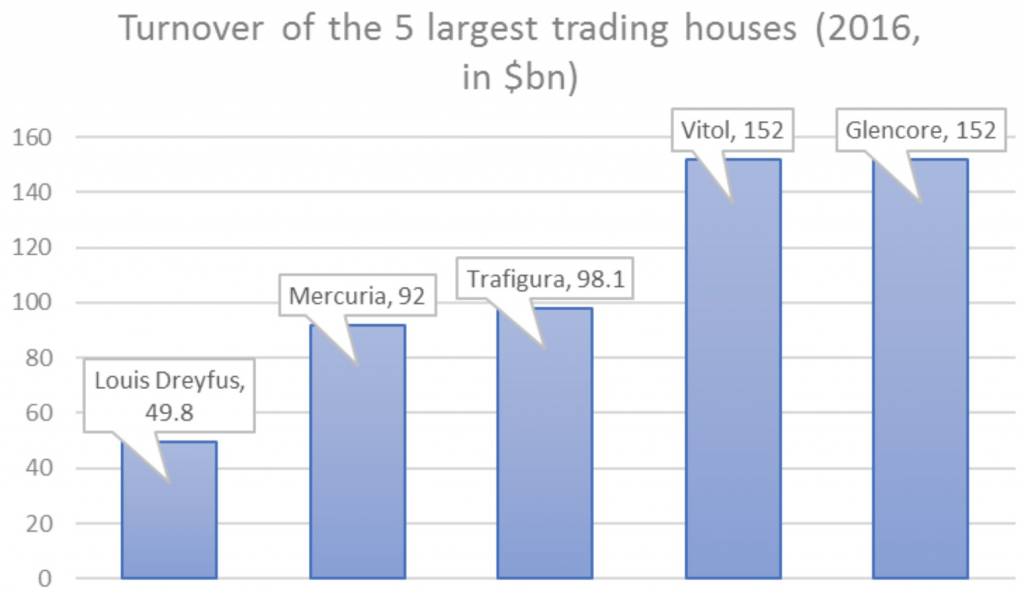 However, while this process is relatively safe, it is also very slow. Consider the value of an LNG (Liquefied Natural Gas) ship. Such cargo is worth approximatively 40 million USD. For a Very Large Crude Carrier (VLCC) transporting 2 million barrels of oil, this value can even be up to 4 times higher. Since the cargo itself provides high security, it is often highly leveraged (in some cases reaching 100% of bank financing).

On a major LNG trading route, for example from Australia to China, the sailing time is of approximatively 20 days. Alternatively, the shipment of a B/L from Australia to Geneva or London, where the major trading houses are registered, can take up to a month. In some cases, if the place is too remote, the time waiting for original documents – thus the time during which the cargo has to be financed – can drastically increase, sometimes even reaching 40 days. Now, if the cargo is payable within 30 days (industry standards), a trader will face a large liquidity risk. And even though the banks are provided with high securities, funds are not provided for free. Thus, if any complications with the documents appear, the whole process can become very costly, squeezing the trader’s margin.

Recalling the unique selling point of the blockchain technology – namely security, independence and swiftness – let us now connect both the blockchain and the commodity trading sector to understand the motivation of the large players to enter the market.

In January 2017, Geneva-based Mercuria set a cornerstone by making use of the technology to sell a cargo of oil travelling from Africa to China. By setting up a distributed ledger with all the concerned parties – in this case, ChemChina, ING and Société Générale – each participant could simultaneously view the status of the transaction. This, from the time the trade was confirmed to its final delivery.

Since information can only be added, not removed, the authenticity of the underlying transactions was guaranteed. As a matter of fact, blockchain even provides further protection from frauds. Fraud, that happened in the very same company the year before, where, by providing false documents, hoaxers were able to falsely appropriate a cargo of metals in China.

Additionally, in contrast to the advantages through security and independence, the major benefit of the technology is a drastic reduction of the time needed to provide ownership. Emphasizing the fact, that this is also the time during which the cargo has to be financed. As a consequence, the use of the new technology shows a potential to substantially decrease costs of finance. As Marco Dunand, the company’s CEO said, “[Blockchain] could reduce costs, certainly on payments, by 30 percent”.

And, the trend towards a broader use of the blockchain technology in commodity trading can only be confirmed. Since, due to the global characteristic of the industry, none of the other major houses would like to miss the boat it didn’t take long for other players to make their first trade based on the new digital technology. Shortly after Mercuria, in March 2017, Trafigura – in cooperation with IBM and Natixis – introduced blockchain in the US crude market and even more recently, Louis Dreyfus brought the technology to the agricultural sector. 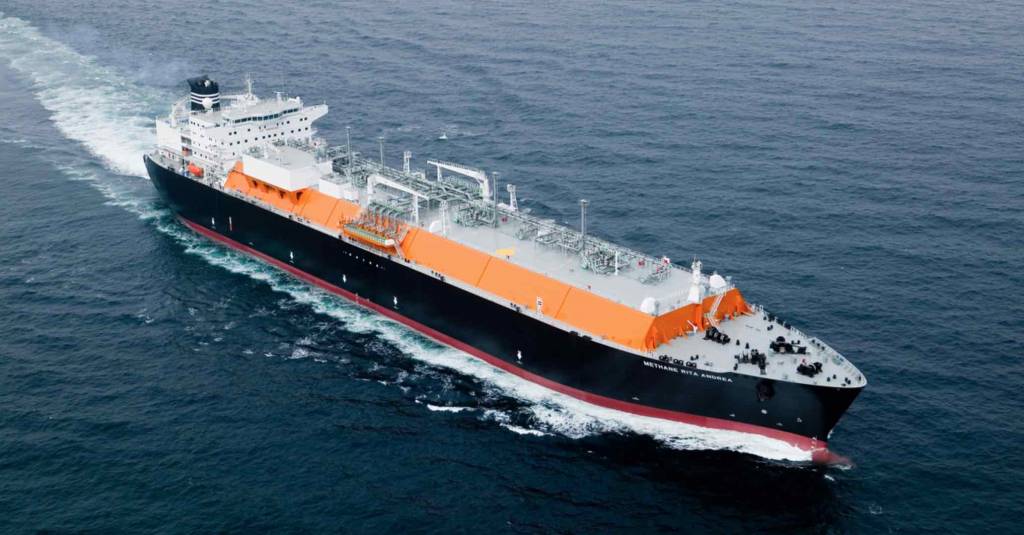 Yet, replacing old habits does take time. As a matter of fact, to introduce the technology there has to be a change in thinking first. That means that “smart contracts” have to be drafted and accepted by the industry. This includes an integration of such contracts in all participants’ IT systems, making a standardisation of the form and Terms and Conditions essential. Also, proficiently distributed ledgers, that include banks, have to be set up globally to efficiently integrate blockchain in the supply chain.

Further, as seen in the cryptocurrency market, legal requirements are also to be addressed as every country treats new technologies in a different way. Indeed, a unity in the legal framework is indispensable to benefit from blockchain. Unhappily, we all know how long it can take for new regulations to be signed and come into force. If all this takes too long, the whole blockchain technology might fade away – like it arguably happened with the bitcoin – before it even really started…

Finally, on a more broader critique of the blockchain technology, the hardware needed to calculate the transactions needs to be on point. This forces middle-sized companies to invest large funds of money to modernise existing IT systems, also increasing their future energy bill.

In conclusion, while the process of implementing blockchain in the daily routine of commodity traders might be time-consuming, the gains will most certainly prove themselves irreplaceable. But first, there are a few major issues that have to be dealt with. While these are more of a bureaucratic issue, it is also them who are the key element of success. And, as time is money, these issues have to be addressed rather quickly, otherwise, blockchain might fail to establish itself as the game changer of the industry.

Blockchain will change the way of trading commodities. Transactions will be much quicker, if not safer. Yet, a few challenges will need to be addressed before the technology can establish itself as the new standard.