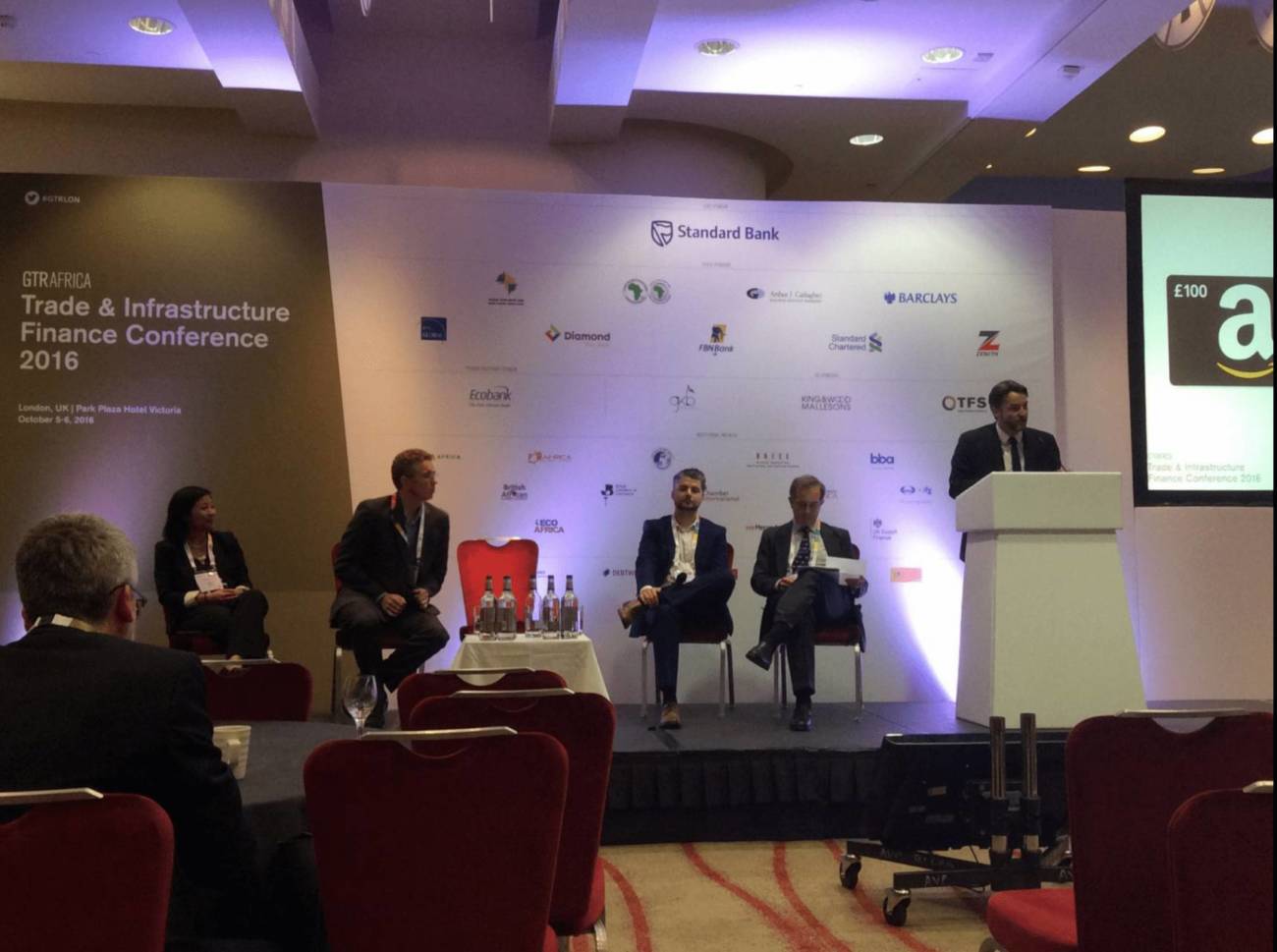 The conference comprised a two day event hosting a plethora of speakers who were specialists from specific regions, held at the Park Plaza Hotel, Victoria, a highly impressive venue to host an informative series of debates. 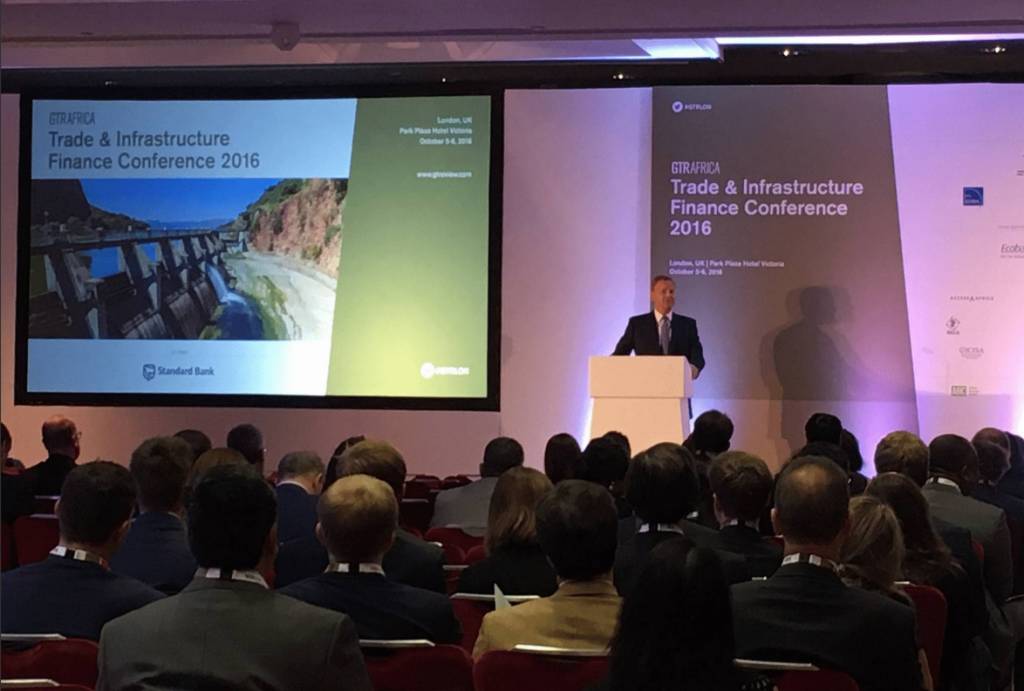 What is the economic outlook for Africa?

Financing into Africa is perceived as being intrinsically difficulty by many funders. However, the challenges are sometimes exacerbated by difficulties within the macroeconomic climate or politics. This has been shown in recent days with currency fluctuations and there are calls for the private sector to assist with hedging and these currency difficulties. Currency devaluation has been seen in South Africa, Nigeria, and Zambia, concerning investors and policy makers in terms of economic growth.

Central banks in Africa have seen a slowdown in economic growth, largely as a result of commodity prices not recovering; as seen by a USD 40bn decline in growth from £220bn between 2014-15. That said, economists have deemed this as a commodity price correction as opposed to a long-term slow down.

West Africa had a bleak picture painted. Of particular concern, is the fact that long-term investment into West Africa has been taken away, despite the improvement of economic policy. With this lack of investment; many countries face fear as external debt levels across the region have increased; with Mozambique feared to be as high as 58% and Ghana standing at 46% Government Debt to GDP.

With oil reliant countries like Nigeria feeling this strain of low oil prices and inflation issues; mounting pressure has meant that many economies have faced a difficult time. However, on the other side we have seen many countries mature in outlook. We have seen economies like Ghana with a deficit of 10% of GDP 2 years ago, who changed their policy with meaningful reforms and this deficit now stands at 5% of GDP.

East Africa seemed to show some signs of economic development however. East Africa has many diverse exporters of commodities, which include tea, coffee, rice and annual growth was 5.6% of GDP last year. Ethiopia and Kenya jostled for the strongest country. Tanzania by way of contrast was 22% of GDP.

The largest economies will have an average growth rate of over 8% this year and inflation is broadly flat in key members of the EAC and fallen in Ethiopia. There is a strengthening middle class and more stable currency in the last year, which is depreciating by 3-4% per year. The strengthening USD, import dependency and falling gold prices have all added to this currency weakening,

Trade into East Africa remains strong and diverse. On the export side, the main goods are related to horticulture, tea, gold and other metals. The main imports are clothing, vehicles, machinery and there is big investment into infrastructure. East African economies are net importers of oil and these oil import markets benefit from lower prices. In relation to currency, there has been depreciation, which will continue but should stay low. There are political and security risks that are on the rise. There has also been unrest in Ethiopia that could derail economic growth, with simmering conflicts in Burundi and South Sudan could reignite conflicts. These problems could be compounded as Kenya faces August 2016 elections with Al Shabab still being in the background. It is thought that with Brexit on the horizon and Article 50 due to be triggered, it could disrupt trade.

In South Africa, Angola is the largest exporter and the whole region has been affected by a global commodity slide. In terms of risk, expropriation and tax risks are lower, but state contract alteration risk is higher and so is competition as there are more state funded partnerships. 14 countries have also been affected by the 2015/16 drought.

There have been many losers due to the commodity slump; this has been set against sovereign default talk in Mozambique and financial collapse on the cards since December 2015; the unmanageable debt burden is started to take its toll.

Doing business in Africa – What to remember?

We have heard from a number of successful entrepreneurs who have grown successful businesses in Africa and have sought out great opportunity. All commented that it is important to find decision makers that are clearly defined in the place of doing business. Some of the countries mentioned were Cameroon, Guinea and Mozambique. Access to government officials and ministers there is very good as there is a clear desire for international investment.

Where is Africa today – a summary of the GTR conference on Africa?

There are a number of main points that we wanted to outline when looking at the current state of Africa:

Questions also hang above the BREXIT issue, as the effects on trade with Britain and Africa is largely unseen. This includes what access to capital markets, trade institutions and financing entities will look like with changes in the EU.