G20, WTO and ICC: the role of multilateral bodies in trade

TFG heard from the ICC United Kingdom at their annual conference, Bridging the Trade Finance Gap, delivering paperless trade, discussing the changing market and the role of banks in the… read more →

TFG heard from the ICC United Kingdom at their annual conference, Bridging the Trade Finance Gap, delivering paperless trade, discussing the changing market and the role of banks in the new trade world. 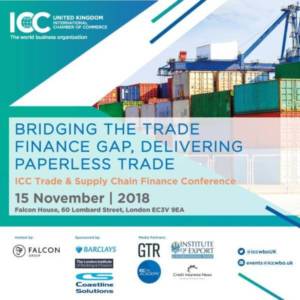 The recently agreed Brexit deal talks about no changes to Customs territory and minimum changes to tariffs and customs, for 21 months, although there isn’t much clarity on the 5-10 year view. The customs agreement with close economic ties between the UK and EU is seen as a good step forward within Brexit negotiations.

The direction of travel for trade finance has fundamentally changed. Other actors are playing a bigger role in the trade finance ecosystem, having been disrupted by digital trade finance and regulatory challenges. In just 2 years, the agenda has completely changed around rules and standards.

In a post-Brexit world, forums such as WTO and G20 are going to be increasingly important to the trade finance sector, as the rules framework changes and businesses will need to navigate those organisations in order to trade globally, effectively.

Taking a step back to global economic changes, there has been a shifting paradigm in the economic power shift in the G20.

The B20 Sherpa and G20 played an important role in global trade and international cooperation. The G20 countries represent 86% of global gross domestic product (GDP), 75% of global trade and services and 63% of the global population. China, India, Turkey, Indonesia and Saudi Arabia have seen higher GDP growth rates than major economies such as UK and USA. 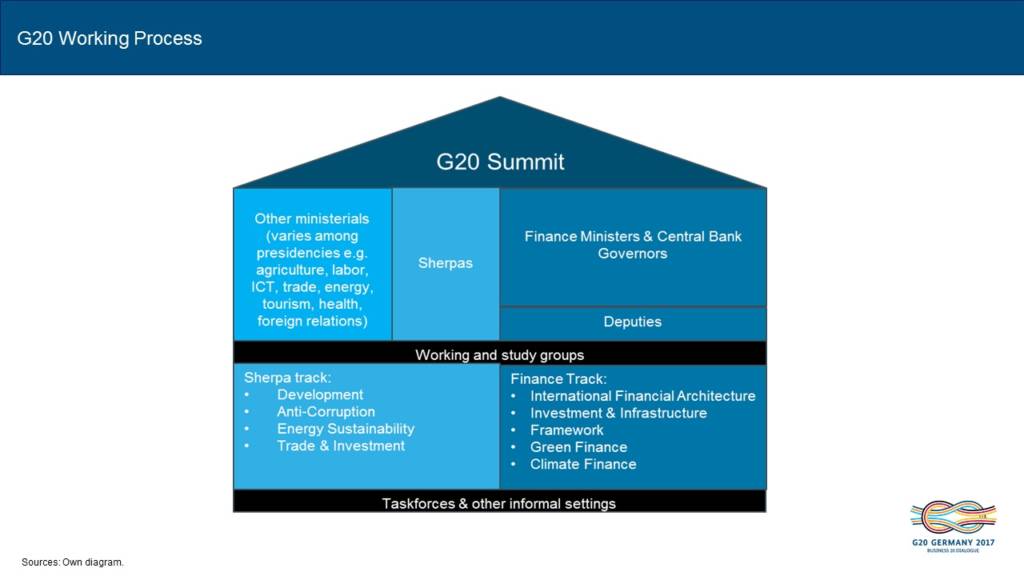 One of the key issues which need continued involvement is the global trade systems. The biggest challenges are around increasing protectionism worldwide and erratic trade policy.

Trade conflicts have also increased. In 2018 some countries have filed disputes, particularly by China the EU Mexico and Canada towards the US on aluminium and steel tariffs.”, and vice versa on retaliatory tariffs.

World Trade and the WTO

What’s the effect of this? It dampens the world trade perspective. The WTO warns that an escalation of the trade conflict between the US and China could entail s drop of trade by 17% whole global GDP Could be 1.9% below a trajectory without a trade conflict, particularly for export-heavy countries such as Germany.

Under Xi Jinping’s leadership, it’s clear that China is no longer on a party to an open market economy. Macroeconomic problems such as overcapacity should no longer be eliminated by ‘more market’ but by ‘more state’.

WTO is the guardian of free and rules-based trade. The rules haven’t been updated since 1995, but WTO is one of the biggest forces in international trade, despite dispute settlements and non conformity with some rules on certain occasions.

To summarise, protectionist measures have increased from 12 to 754 in the last 10 years, which have certainly influenced many businesses and global trade. Minimising protectionist trade measures and engaging with international organisations is important.