In late September the pound fell spectacularly from above $1.12 to a new record low of $1.035 versus the US dollar.

It’s true that the dollar had been appreciating for many months, and the pound was one of the most undervalued currencies of the year, but this was news making headlines and front pages around the world, and it was exclusively a domestic problem.

In late September the pound fell spectacularly from above $1.12 to a new record low of $1.035 versus the US dollar.

It’s true that the dollar had been appreciating for many months, and the pound was one of the most undervalued currencies of the year, but this was news making headlines and front pages around the world, and it was exclusively a domestic problem.

The then Chancellor, Kwasi Kwarteng, had announced a series of expansionary fiscal policies under the moniker of going for growth, but the lack of budget scrutiny and contrast to the Bank of England’s monetary tightening caused markets to lose confidence and thus, the pound plunged.

In the days to follow, the Bank of England announced that it “will not hesitate” to raise rates to control inflation, and it was forced to intervene in bond markets to prevent a collapse in prices and of pension funds struggling to meet margin calls.

All of this is well documented, and it was one of the few times that financial markets were the main talking point.

Of course, the story didn’t end there as Kwarteng was replaced by Jeremy Hunt, who swiftly ushered in dramatic U-turns to the government’s plans with the aim of calming financial markets.

Elsewhere, UK Google searches for ‘gilt’ hit an all-time high whilst searches for ‘pound’ spiked to the second highest ever, just behind after the 2016 EU referendum collapse in the pound.

Many theories circled the industry on the pound, the cause of its collapse, and its subsequent rebound. In this article, we’ll look at what drives currency exchange rates, because it’s a complex matter and isn’t always obvious or clear.

The foreign exchange (FX) market is the world’s largest and most liquid market. The Bank of International Settlements (BIS) produces a triennial survey on the FX market: the most recent, 2019, showed a daily trading volume of $6.6 trillion – and it’s growing.

The FX market exists to facilitate currency conversion, which could be required for international trade, remittances, or to pay for the annual summer holiday.

There are many participants in the market, including banks, dealers and brokers, commercial companies, central banks, speculators, hedge funds, investment firms, and money remittance firms.

The rise in retail FX trading has added a new participant––the individual investor/trader, often trading via platform brokers that provide liquidity to this space. The market is vast, and it’s packed full of players, often with conflicting motivations.

There are many reasons why a currency will rise or fall over time, but short-term changes in FX prices are mostly in response to speculative or opportunistic trading activity, triggered by developments in the economy or other financial markets.

Let’s consider some of the key underlying factors that will naturally influence the demand for a currency over the medium to long term:

Of course, the items listed above don’t happen overnight, but market sentiment and investor confidence can swing and shift in a moment, triggering a rapid change in exchange rates.

An economic data release, such as an inflation report, gross domestic product (GDP) growth figures, or a central bank interest rate decision, can cause a currency to gain or lose value quickly as it builds a picture of future economic performance and therefore the currency’s value.

Isn’t it all random?

Sometimes there are obvious triggers for an exchange rate moving, but accurately ascribing a price change to one individual event or factor can be difficult or impossible, especially because the FX market is influenced by a nearly endless number of factors and actors.

The random walk theory suggests that financial asset prices cannot be predicted, that prices move randomly, and that technical analysis is undependable. Whilst I agree that FX prices certainly exhibit elements of fluctuation at times, there’s something to be said for herd behaviour.

The efficient market hypothesis suggests that prices always trade at fair value and that outperformance is impossible.

The idea is that financial prices demonstrate all available information and expectations, and there’s a logic to it that helps make sense of price changes in response to incoming data, broader market sentiment, or activity in interconnected markets.

Consider the immediate 10% drop in the pound following the 2016 EU referendum: this price change was in anticipation of what was to come in terms of political instability, UK-EU trading disruption, and the likely reduction in output, spending, and employment.

If in doubt, just know prices moved because there are more buyers than sellers (or vice versa).

There are numerous influences that drive FX prices in the long term, and in the short term, currencies move in real-time with events, data releases, and market sentiment.

These price movements can build toward a long-term picture of the currency’s value or be erased by long-term trends. The trick is knowing that, just because we can look backwards and attribute factors for a currency’s price change, it is almost impossible to look forward and predict where it will head next.

To accurately predict a currency price, you need to factor in so much more than meets the eye: that’s why FX forecasts are famously unreliable. 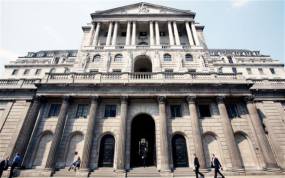 A look back on the lending environment

What does it mean when it says ‘documents accepted as presented’?

UCP600: Is it the wording of the credit that should be followed or somethin...

What is the discrepancy of the words ‘drawn under’ in relation to an LC...