We spoke to Sean Doherty, FX expert at RationalFX about FX markets in May 2018. For a second successive month the US dollar has been the currency of choice for… read more → 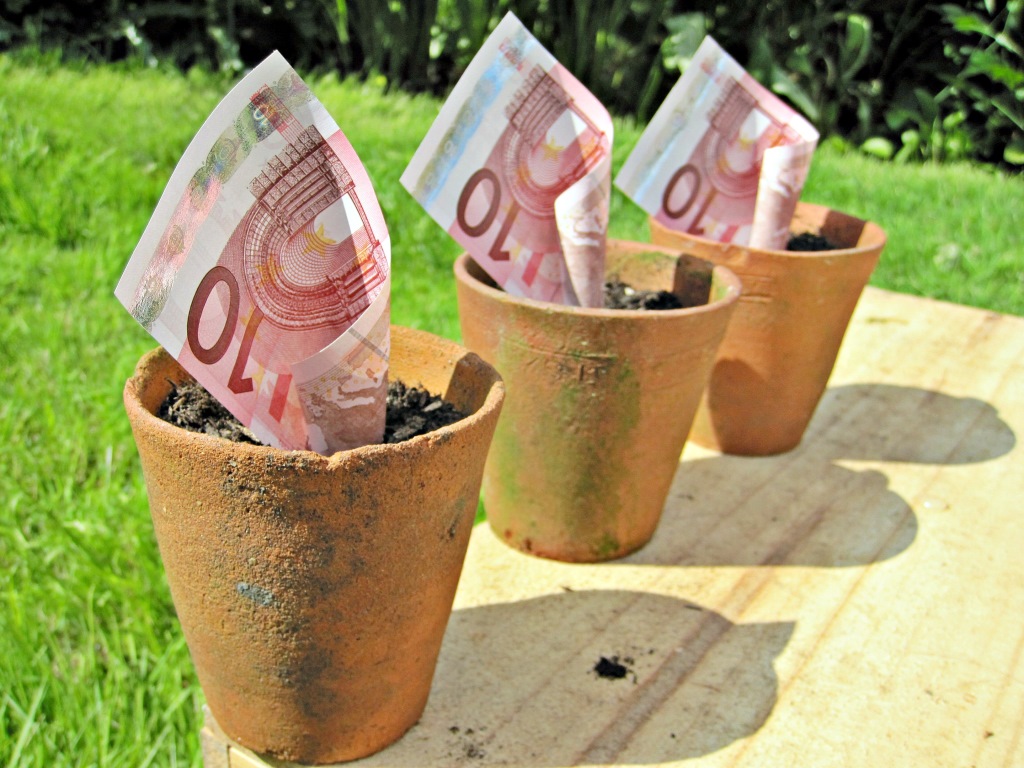 We spoke to Sean Doherty, FX expert at RationalFX about FX markets in May 2018. For a second successive month the US dollar has been the currency of choice for investors. Sterling remains unloved but the euro is now also being questioned by investors. It is not diﬃcult to find analysts who believe the pound is undervalued, some say by as much as 20%. However, the political risks at the moment are more obvious in Britain (Brexit paralysis) and the euro zone (ungovernent in Italy) than they are in the United States (Trumpian caprice). 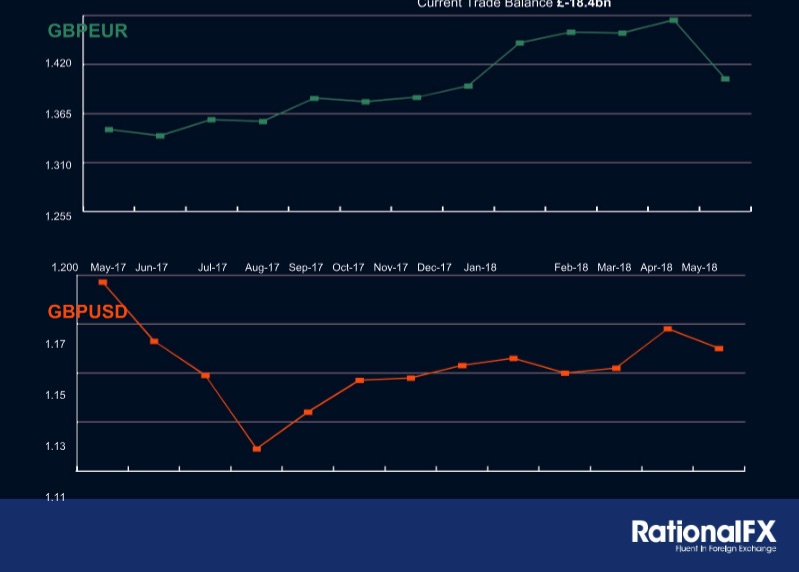 The UK gross domestic product data for the first quarter of 2018 best summed up the main problem that investors have with the pound. Quarterly growth was initially assessed at a provisional 0.1% and this was reaﬃrmed towards the end of May. To describe a 0.1% expansion as unimpressive would be to flatter it excessively. Growth in Britain remains at the bottom of the OECD ladder.

May’s economic data did little to suggest that the second quarter will be any more lively. The only ecostats that could fairly be called vigorous were for April’s retail sales, which increased by a punchy 1.6% on the month. The jobs figures were acceptable: unemployment remained low at 4.2% and the 2.9% rise in wages beat the 2.4% increase in consumer prices. Otherwise it was a matter of same old, same old; manufacturing and industrial production, house prices and inflation were all disappointing in their own way.

The Brexit barge struggled and failed to gain steerage way. Its path remains blocked by a string of issues which are still unresolved two years after the referendum. The most persistent of these is the need to avoid a hard internal Irish border. It is said to be unavoidable without some sort of ongoing customs union. Although the idea of that is anathema to hard-line Brexiteers, investors fancy the government will have no alternative, and that makes them a little less ill-disposed towards sterling. 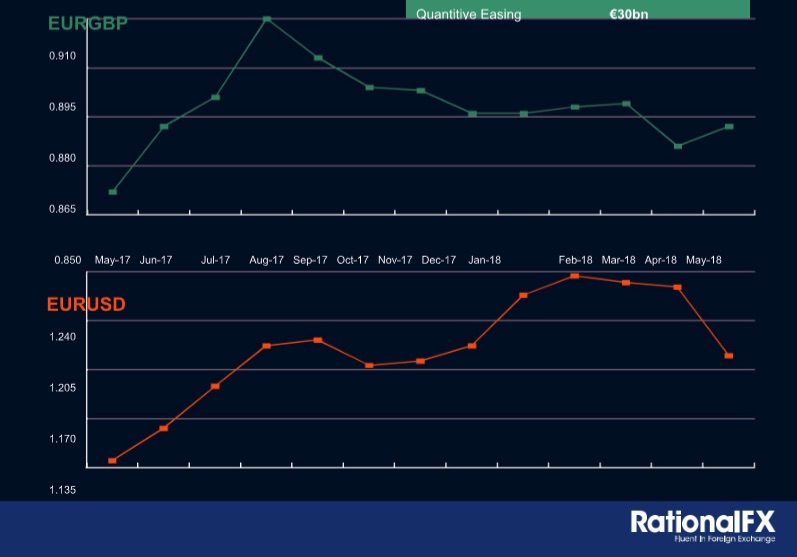 At 8.5% unemployment in the euro zone is more than twice as high as in Britain and the United States. To a large extent, investors are relaxed about that: at least it is down from the double digits of 2016. But they are not yet comfortable with the way Euroland growth has slowed in the early part of 2018. The latest provisional purchasing managers’ index readings – they provide the most up-to-date indicator of economic vitality – point to a third consecutive month of waning growth in the private sector.

As in Britain, the European Central Bank appears to be in no hurry to tighten monetary policy. At a pinch, it may begin to wind down its €30bn-a-month money-printing programme in the last quarter of this year. And interest rates could begin to move higher in 2019. But there is no confirmation of any of this from the ECB. It may have bigger fish to fry… if the political situation in Italy worsens in the way some pessimists fear. More than two months after an inconclusive general election the odd-couple coalition of the Northern League (Lega) and the Five Star Movement (M5S) has yet to persuade the president that it can form a viable government. An election rerun looks inevitable, and it could well deliver another anti-establishment result.

If Italy eventually does go down the road of lower taxes and higher spending (for that is what the two biggest parties are currently talking about) it would raise the spectre of another euro zone debt crisis. The one in Greece ten years ago posed a threat to the euro. A repeat in Italy would be more serious and more threatening.

PS. Political problems are looming in Spain too, with Prime Minster Rajoy potentially facing a vote of no confidence. However, the threat in Spain is appreciably less severe than that in Italy. 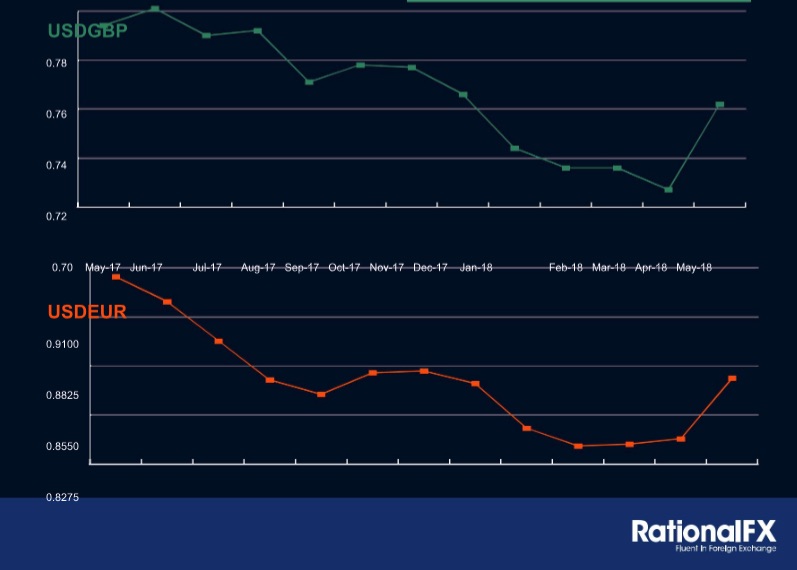 Although the dollar did not have a great start to the year it got its act together in April and continued to build on that success in May, strengthening by 3% against the euro and by 4% against sterling. Whatever doubts investors may have about the consistency of the president’s diplomatic and trade policies, they believe his tax cuts and deregulation will lead to continued US economic growth and rising interest rates.

That growth was estimated at an annualised 2.4% in the first three months of the year, roughly equivalent to a quarterly expansion of 0.6% and comfortably ahead of Euroland’s 0.4%. The provisional purchasing managers’ index readings for May were above forecast and higher on the month, distinguishing them from the Euro Zone figures, which were neither. At the last count inflation was 2.5%, half a percentage point above target.

Taken together the economic data support the idea that the Federal Reserve will press ahead with higher interest rates. The minutes of the Fed’s policy meeting in May – when the target rate range was left unchanged at 1.5%-1.75% – pointed to more increases this year. Further ahead, the outlook is less obviously hawkish. Nevertheless, with the ECB going nowhere and the Bank of England dithering, the Fed is the only game in town for investors who appreciate rising interest rates.

By and large, attitudes to the dollar are not aﬀected one way or the other by the ebb and flow of twitters about Korea, sanctions or trade tariﬀs: investors do not know which ones to believe, so treat them all with caution.

For a second successive month the US dollar has been the currency of choice for investors. Sterling remains unloved but the euro is now also being questioned by investors. It is not diﬃcult to find analysts who believe the pound is undervalued, some say by as much as 20%. However, the political risks at the moment are more obvious in Britain (Brexit paralysis) and the euro zone (ungovernent in Italy) than they are in the United States (Trumpian caprice).