Comparative advantage is a theory coined by David Ricardo in 1817, which explains how countries should specialise In goods/ services they are comparatively better at. We heard from Dr John… read more → 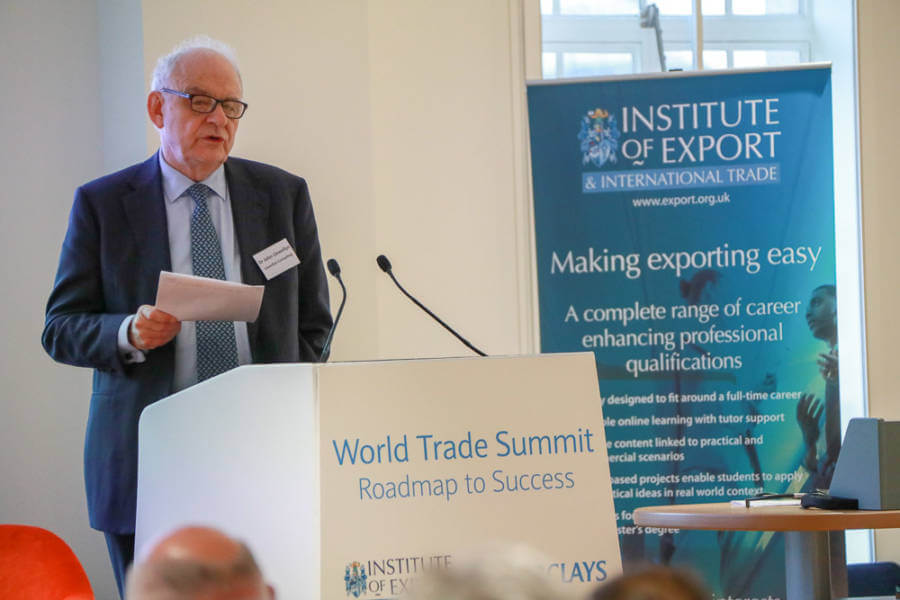 Comparative advantage is a theory coined by David Ricardo in 1817, which explains how countries should specialise In goods/ services they are comparatively better at. We heard from Dr John Llewellyn at the IOE&IT Summit who was making the case for exporting at 2018 the IOE&IT Summit

We heard from Dr John Llewellyn, Partner at Llewellyn Consulting at the IOE&IT World Trade Summit in London on November 1st.

Comparative advantage is explained well by another Classical Economist – Adam Smith “If a foreign country can supply us with a commodity cheaper than we ourselves can make it, better buy it off them with some part of the produce of our own industry, employed in a way in which we have some advantage.”

For example, The United Kingdom. Once known as the home of the industrial revolution, now home to the world’s leading banking and services provider. As a nation, the UK has a massive services trade surplus. According to the ONS, Quarter 2 (April to June) of 2018 saw the United Kingdom export £72.3 billion worth of services worldwide, and import £43.1 billion.

Other examples of Comparative advantage show in the form of Germany, who specialise in the production of cars and other design/ manufactured goods. Considering Germany’s labour costs are on average 30% higher than that of the United State’s, manufacturing as an industry remains a stable part in their economy. Much of this is due to higher labour productivity, and great advances in innovation and technology.

In summary, Comparative Advantage is a theory in which everyone essentially wins. The trouble then comes off if a country is a resource rich in wheat, and a different nation has the advantage in oil, which of the countries do you think will be better off?

Essentially, on a small-scale basis for a firm – economies of scale arise when the unit costs fall as output increases. Meaning that as a firm grows, and attracts more of the market and so produces more also, they experience lower unit costs per product. This is down to being able to purchase more of the materials that go into their product at a discounted price because of the quantity.

For example, a supplier of wheat will charge £2.50 for a kilo of their finest wheat. If I were to buy 500 Kilos, he might be happy to do the 500 at £1.80 per kilo because I’m buying such a large quantity, thus, lowering the cost per unit.

In the case of international trade, this often results in larger quantities or at the very least an increased amount of activity taking place in the global market. This is an example of why Trade Finance has such a presence in today’s market because with increased trade, comes an increase in the need for security in transactions. 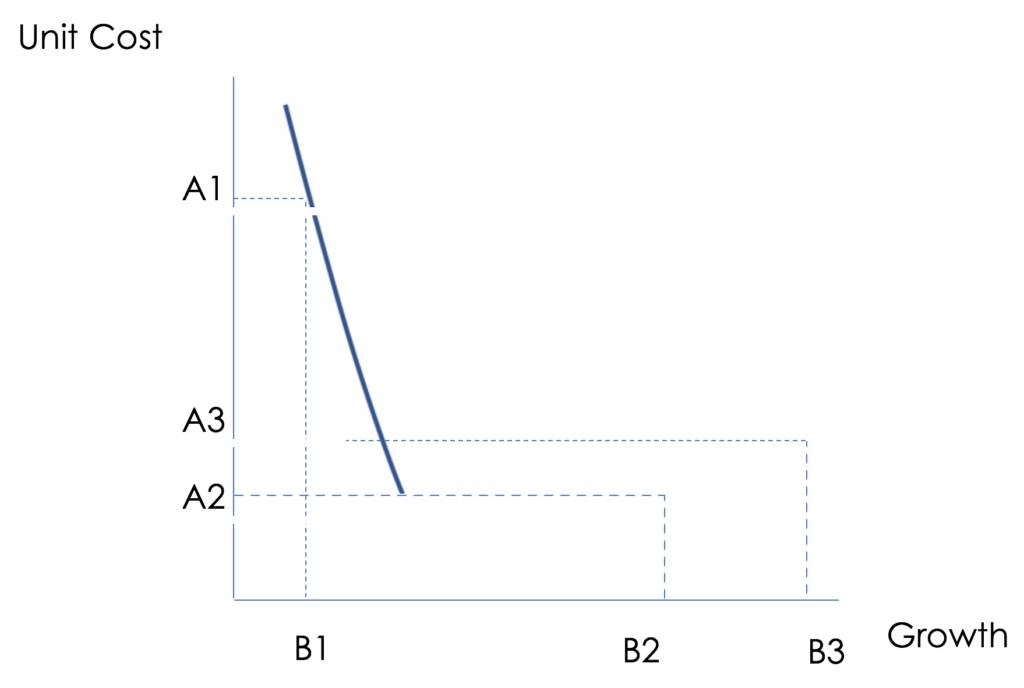 As we can see from the above diagram, as the firm experiences more growth (From B1 to B2) the Unit costs for the firm fall significantly. So at point 1, the firm in question is relatively small and is burdened with a high cost per unit to produce. At point 2, the business has now grown to a point where they are near the minimum unit cost they could attain.

At point 3 however, the firm is enduring dis-economies of scale. The reverse of its counterpart. Dis-economies of scale occur when a business grows too large, and it’s cost per units increase. This can happen for a number of reasons, some of which may seem minor but have caused real issues for large firms in the past. Reasons such as poor communication, a lack of motivation, perhaps even poorly hired management. Although more general, diseconomies of scale are just as real.

The importance of Importing/ Exporting in Today’s World

A country is almost always reliant upon trade in some way, except of course for secluded nations such as North Korea. There are countries in which exports account for a large portion of their GDP such as China, who’s exporting amounted to just over 18% of total GDP in 2017. To put this into perspective, the United States’ exports accounted for roughly 12% – an interesting statistic paired with America’s status as the world’s highest importer of goods, accounting for 13.4% of global imports in 2017.

To some extent, even North Korea is dependent on trade. According to the OEC, in 2016 they imported $3.14 billion. Their top trading partners are China, Russia, India and Thailand, which largely consisted of oils fabrics and trucks.

In today’s political climate, with movements such as Brexit taking place, the challenges faced by firms trading internationally may become more challenging. However, It may not always be that way. If we look at the cases of New Zealand and Australia, we can see that eventually, they rose as countries with a high standard of living built from widely diversified trading arrangements with various countries. Not to forget, however, their geographical position leaves China as a neighbour, which has obviously aided the process.

The truth is, is that economies often adjust to trade shocks such as this. It may be different, however, because never in history has there been a trade agreement to lessen activity within the single market. The uncertainty surrounding Brexit is the real demon. With so much in limbo, firms are operating sporadically in an attempt to dampen any immediate impact.

The importance and presence of the European Single market in the British market is far superior to any other. In 2017, the United Kingdom’s largest trading partner was the EU. They accounted for 44% (£274bn) of all UK exports, and 53% ($341bn) of all UK imports.

It would be wrong to ignore the Rotterdam effect, which explains how these statistics may be slightly inflated due to goods being shipped to Dutch ports such as Rotterdam before leaving for China etc.

However, the single market is more than a consumer-to-seller-market. Economically, think about the benefits of having free movement of labour, something else lost. Many migrants in the UK deservedly hold highly paid positions such as Doctors, Lawyers etc and pay incredible amounts of Tax. This as a benefit cannot be ignored and is yet another variable in a long, long line.