The GBP faces months of decline as the UK economy appears to be headed for recession. The UK’s decision to exit the European Union came as a shock to financial… read more → 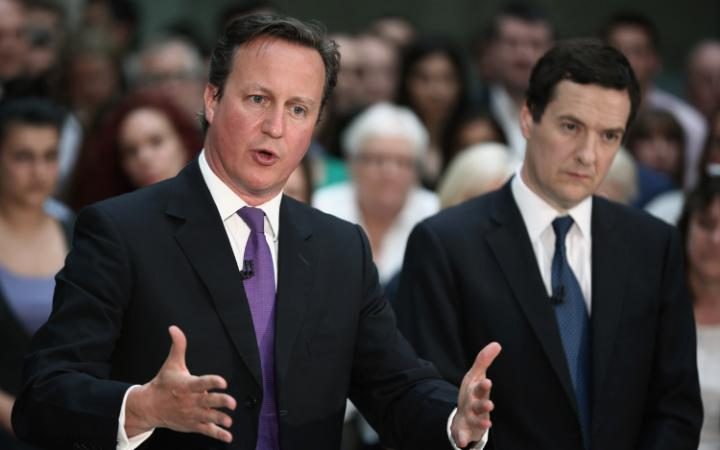 The GBP faces months of decline as the UK economy appears to be headed for recession.

The UK’s decision to exit the European Union came as a shock to financial markets which betrayed an arrogant confidence heading into the release of the vote’s results.

As the UK was voting traders were seen bidding the pound higher; at one point in the day odds markets were assigning a 90% chance of the UK voting to Remain!

The subsequent corrective fall lower in GBP has therefore been made all the more painful owing to this exuberance.

Looking ahead, while the eye-opening volatility of the past week will likely die down, we should expect a more gradual grind lower in GBP.

The big issue for the pound over coming weeks and months will be just how deep the Brexit-inspired economic slowdown will be.

In fact, both sides of the EU referendum debate acknowledged short-term pain would be in store for the UK economy should a Brexit vote be delivered.

The first signs of such a slowdown has been delivered by the June Construction PMI data, released on July the 4th.

Data showed the construction sector fell at its fastest pace since June 2009 – the last time the UK entered a deep recession. 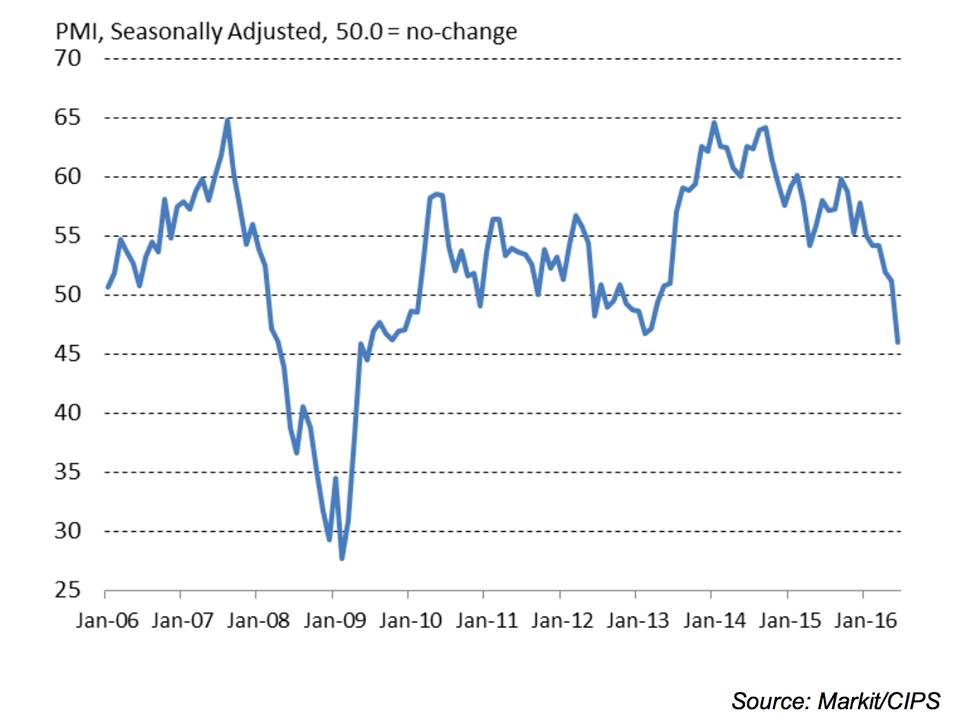 The reading of 46 came in well below analyst forecasts for 50.5, and below the previous month’s 51.2. Anything below 50 signifies contraction.

This is the first real ecostat that shows the Brexit has done some economic damage to the UK, and it could be about to get worse.

“With around 80% of responses within this PMI survey coming prior to the referendum result, there is reason to believe that this will look even worse in a month’s time,” says Joshua Mahony at IG in London.

A host of institutional analysts are also foreseeing a notable slowdown in growth over coming months.

Neville Hill at Credit Suisse says he is predicting a shallow recession in the UK in the second half of the year, with GDP falling by just over 1%.

“That should be driven by a halt in business investment as firms react to the uncertainty relating to triggered by the vote; and a squeeze in consumer spending as a consequence of currency depreciation and higher inflation,” says Hill.

The promise of notably lower growth has prompted the Governor of the Bank of England, Mark Carney, to warn monetary policy easing is in the pipeline.

Delivering a speech on the 30th of June at the Bank of England Carney said he believes it appropriate that some kind of action is delivered this summer.

The last time we saw the pound at comparable lows against a host of other currencies was when the Bank last embarked on a round of rate cuts and quantitative easing following the 2008 financial crisis.

This confirms that falling interest rates really do prompt a lower exchange rate as global foreign exchange inflows are reduced by investors who will seek much-needed yield in other market places.

Arguably, the first rate cut has already been absorbed into current GBP exchange rates, so we see little downside risk on an actual 0.25% cut.

But, the scope of the quantitative easing, should it come, could catch market wrong-footed and send the pound plummeting.

This appears to be the big unknown at this stage.

The UK Treasury Rushes to Shore up the Economy

It is not just the Bank of England that is looking to help the economy avoid a slump.

The Chancellor of the Exchequer, George Osborne, has said the is looking to slash corporation tax in a bid to keep businesses from relocating outside of the UK.

As such, Osborne has also announced he is abandoning his fiscal targets to eliminate the budget deficit by 2020.

As part of his five-point plan, George Osborne has also advocated for a renewed push for investments from China, support for bank lending, accelerating development of the Northern powerhouse and maintaining the UK’s fiscal credibility.

How successful these attempts by the Chancellor to shore up the economy are will dictate just how aggressive the Bank of England can be with regards to their interest rate cuts and quantitative easing programme.

This in turn will decide just how far Sterling falls over coming months.