Recent figures from the Office for National Statistics (ONS) reported a modest 0.4% growth in the UK Economy from August to October 2018. This growth is slightly lower than Q3… read more → 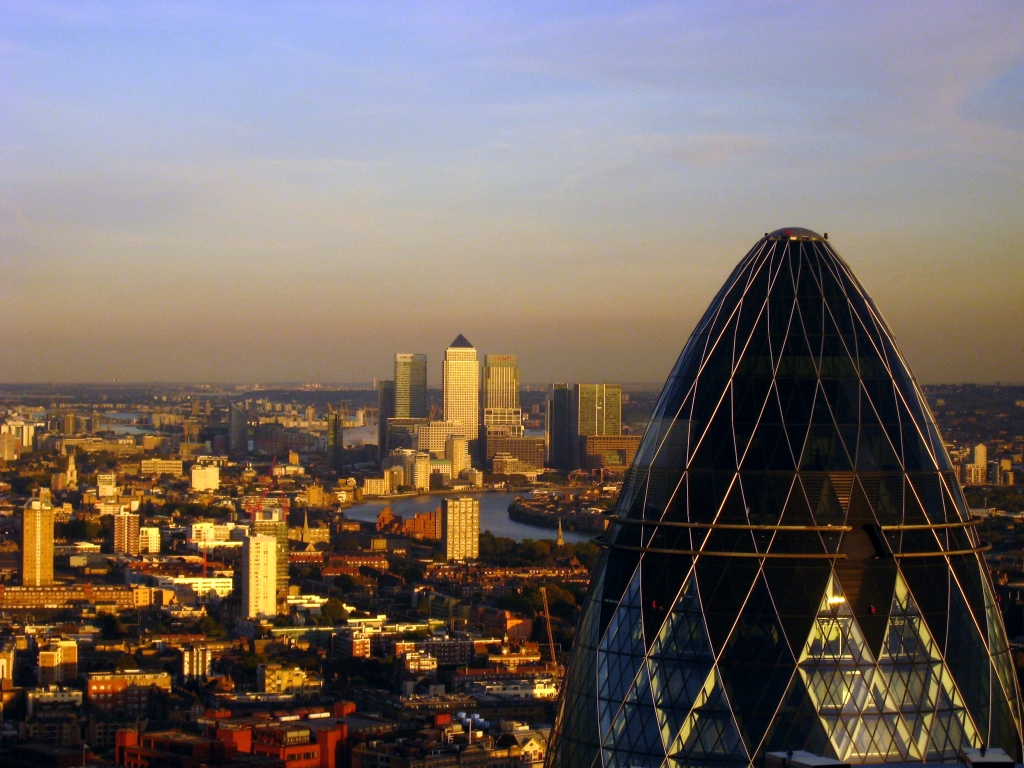 Recent figures from the Office for National Statistics (ONS) reported a modest 0.4% growth in the UK Economy from August to October 2018. This growth is slightly lower than Q3 2018, mainly due to the lack of growth in the manufacturing sector, a small decline in the pharmaceutical sector and solid stable performance in the construction sector.

GDP growth from August to October 2018  2017 has grown by 0.4%, compared to the previous quarter. This was driven primarily by the services sector, though both the construction and production sectors contributed towards this growth too.

How are services contributing to the positive GDP growth?

Over half of the positive GDP growth in Q3 was contributed by the services sector (some 0.23% out of the total 0.4% of growth). Comprised primarily by the information and communications sectors, growing by an impressive 1.7%, followed by the professional activities sector, growing by 1.3%, accounting and computer programming were the main drivers of this growth. 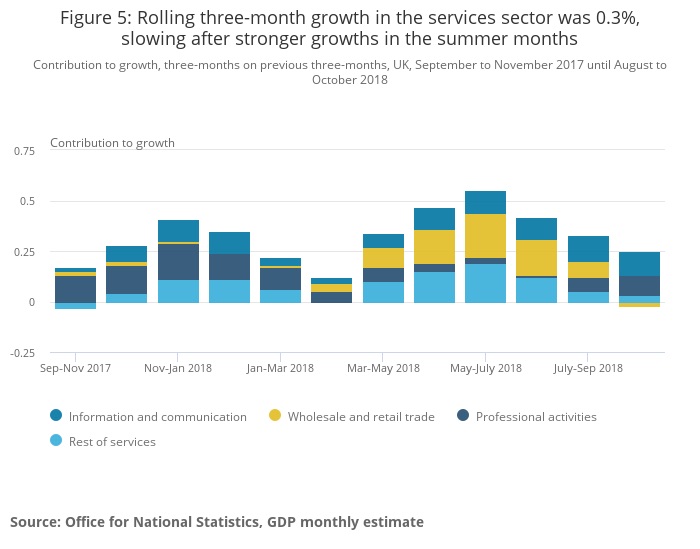 Construction growth falls, from a high base

Rolling three-month construction growth was 1.2% in October in the construction industry, following a peak in July 2018 which was more of an anomalous trend.

Since the original Brexit referendum and continued Brexit negotiations, the overall performance of the UK economy has bounced back from the start of the year, where growth stood at around 0.1%, and now at 0.4%. The hot summer in 2018 encouraged consumer spending and a high peak of growth at 0.7% in a three-month rolling average to August. 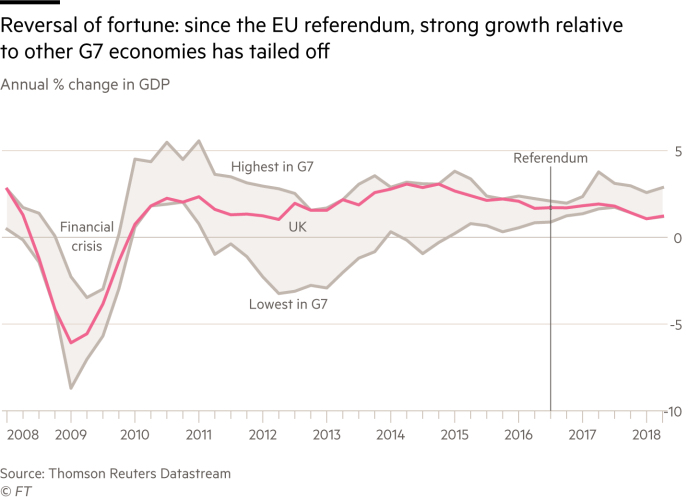 How does this fare with other G7 economies? Not great; the UK sits just above Italy in terms of economic growth, so, at the bottom of the league table. Some research suggests that the UK economy is between 1 and 2.5% smaller than it would have been without the referendum vote.