Commercial Information on the Bill of Lading

We spoke to Hariesh Manaadiar, author of Shipping and Freight Resource on Bills of Lading. It’s important to remember that Commercial/trade information may be important to a buyer or a seller,… read more → 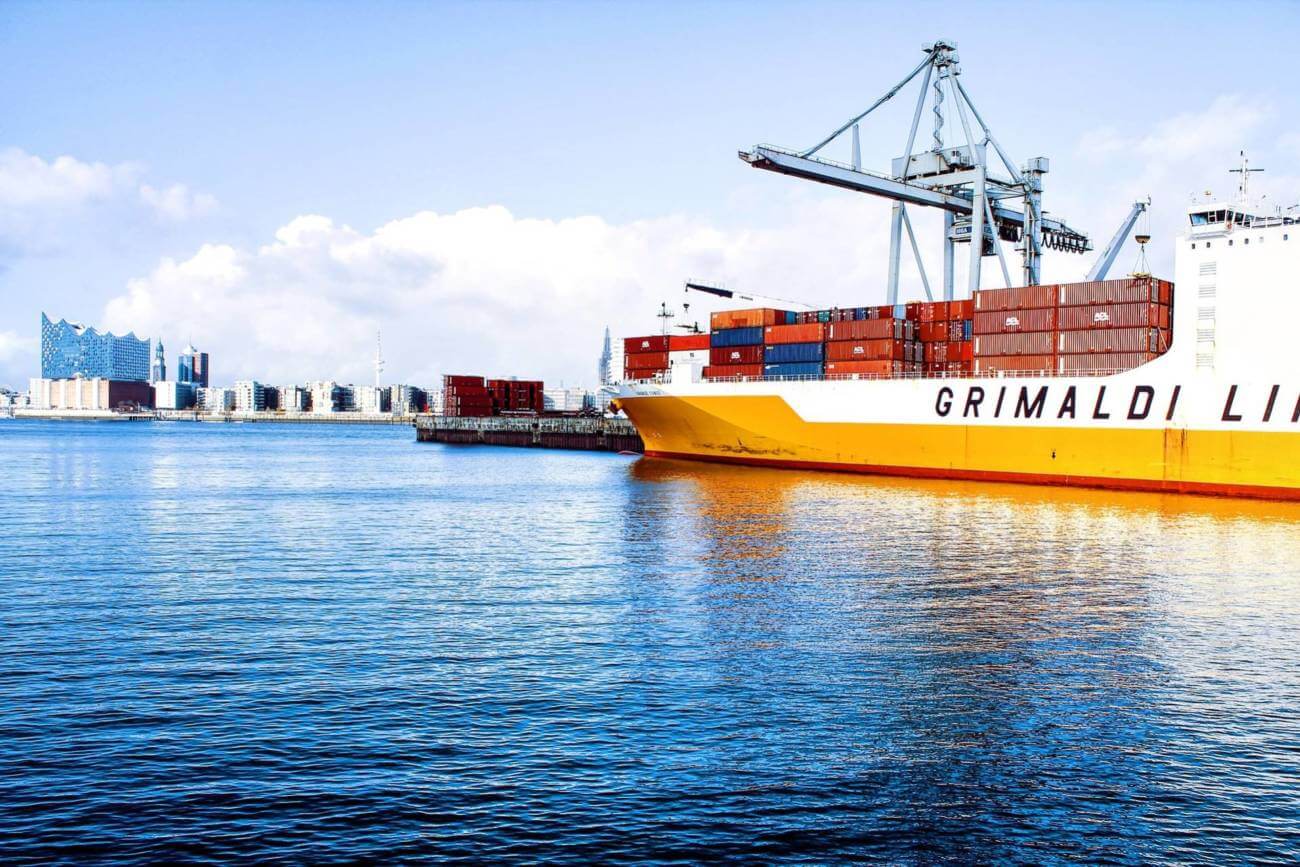 We spoke to Hariesh Manaadiar, author of Shipping and Freight Resource on Bills of Lading. It’s important to remember that Commercial/trade information may be important to a buyer or a seller, but it is of no consequence to the carrier. A bill of lading is only a transport document and not a contract of carriage 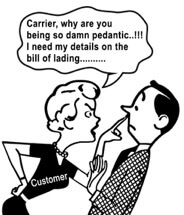 Bank: Sorry, we cannot accept this bill of lading as it doesn’t show the value of the goods and piece price as required by the Letter of Credit!

Shipper: Sorry, will get this rectified now, (furiously typing message to carrier “I need you to amend the bill of lading to show the value of the goods and piece price as required by the Letter of Credit”).

Carrier: Sorry, we do not show commercial/trade information relating to the cargo on the bill of lading.

Does this sound familiar? If you are a trader involved in global trade particularly using containers and documentary credits, you may have heard this regular complaint from shippers, their agents, forwarders, clearing agents or brokers.

In the majority of the cases, many customers maintain a view that the shipping line is being pedantic about this.

So is the carrier being pedantic or are they correct?

Let us look at some of the commercial information relating to the cargo that the trade wants the carrier to show on the bill of lading but being rejected by the carrier :

Information required relating to the bill of lading

Generally, a customer might request commercial information relating to the cargo on the bill of lading to be shown when it is issued as a negotiable bill.

If it is a negotiable bill of lading, there is usually a documentary credit such as a Letter of Credit involved.

Global trade has one of the highest risks in terms of day to day business. There are several forms of payment each with its own element of risk, so naturally, both the buyer and seller are wary of each other.

You can view a graphical representation of the element of risk in relation to the buyer and seller here.

As global trade is risky, in order to protect and ensure that they get the correct goods, the buyer may tend to put in cargo, delivery and other documentary specifications/requirements in the letter of credit, even if it may not really be needed.

In order to adhere to the documentary requirements of the letter of credit, the shipper and/or the bank may try/required to cram in as much information as possible on the bill of lading.

In any case, a bill of lading is the wrong document to show this information.

So any information shown on the bill of lading should relate only to the contract of carriage between the shipper and the carrier and nothing related to the terms of sale between the buyer and the seller.

In fact, the shipper on the bill of lading need not even be the original seller of the cargo and the shipper need not be even from the same country as the country of export. This shows how much emphasis a bill of lading places on the relationship between the actual buyer and seller.

Are these carriers being pedantic about this, and what are the key risks to the carrier if any of this additional information is added to the bill of lading?

Well, similar to a seller or buyer having insurance on their cargo, a carrier also has their own insurance covers in order to cover their carriage liabilities.

Very typically, these insurance policies may only cover the assets of these carriers, as well any liabilities and responsibilities of this, but not for the cargo itself. Cargo insurance still remains the responsibility of the customer.

This article in the Rules limits the number of damages that the cargo interest can claim from the carrier. Issuance of an ad valorem bill of lading may allow the customer to break this limitation and deprive the carrier of the right to limitation of liability per package or unit.

But if the customers insist on the value of the goods to be displayed on the bill of lading, then carriers may choose to inform their liability Insurers of the requirement.

The insurers, in turn, may accept to cover any eventuality of issuing an ad valorem bill of lading in exchange for a sometimes hefty extra premium.

If the customer is willing to pay this extra cost, then the carrier may issue an ad valorem bill of lading.

All these are subject to discussions with the carriers.

In certain cases, customers also ask the line to show Incoterms on the bill of lading. This is also not allowed by some carriers.

Let’s say the Incoterms between the buyer and seller are included in the body of the bill of lading and it reads CIP Pretoria, an inland location in South Africa. Let’s say for example the carrier’s quotation and booking was only port to port meaning, the contract terminates in the Port of Durban which is the gateway port to Pretoria.

The Incoterms, of which the CIP term is a part, does not affect the contract of carriage entered into between the shipper and the carrier and therefore the carrier is not obliged to accept the consignee’s argument which may be right in terms of the sales contract.

To avoid any such issues on this as well as not attracting any liability, the carriers do not encourage requests from shippers to show commercial, trade and sale related information on the bill of lading as it is only a transport document.

As mentioned above, the bill of lading is simply the wrong place to show any of this information.

The right place to show, elaborate and clarify such information may be a Commercial Invoice or a bill of sale which is totally between the buyer and seller and has no connection with the carrier.

The world of trade is quite busy and no one really has the time to keep going back and forth with the documentary requirements of the trade.. Nominated Banks have even been known to have rejected documents because it missed a comma (,) in the bill of lading simply because the Letter of Credit had a comma.

Therefore, everyone in the cycle must try to reduce the documentary requirements and be aware of what is absolutely required to be shown on the letter of credit in order to speed the process without compromising on the safety and security of the transaction.

Article by Hariesh Manaadiar, author of Shipping and Freight Resource.

Want to find out more about shipping and transport? 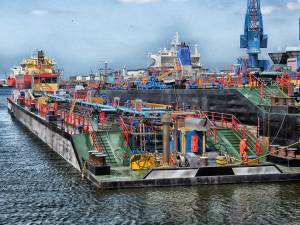 View our Shipping and Logistics Guide

Hariesh Manaadiar is the author of this educational blog about Shipping and Freight Resource. Hariesh has been in the dynamic shipping and freight industry for over a quarter of a century and worked in several sectors of the industry like clearing & forwarding, vessel operations, stowage planning, equipment control, sales and marketing and management, in various countries.