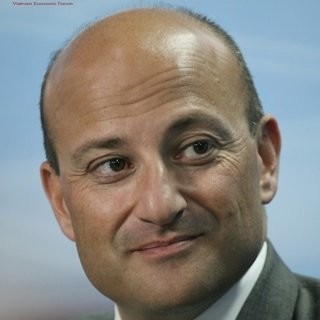 Louis Taylor is Chief Executive of UK Export Finance (UKEF), the UK’s export credit agency. He is also a Director General in the Department for International Trade, and a member of its Executive Committee and Management Board.

Before joining UKEF, Louis held a range of senior roles at Standard Chartered Bank, including from 2013 to 2015 as Chief Operating Officer of Group Treasury, based in London. Before that, he spent three years as the bank’s CEO for Vietnam, Cambodia and Laos, based in Ho Chi Minh City. During this time he was also Vice Chairman of the European Chamber of Commerce in Vietnam (Eurocham). He joined Standard Chartered in London in 2004, working in Group Corporate Development, which undertakes the bank’s acquisitions, divestments and other inorganic growth initiatives.

Louis is a trustee of the charity Sightsavers, which prevents sight loss and promotes equal rights for people with disabilities. He is also a former chair of trustees of the charity Music in Prisons, which runs music education projects to help rehabilitate offenders, and a former chair of governors of the Royal Grammar School in Newcastle upon Tyne. He has an MA in Law from Cambridge University.

By working together and tackling these challenges head-on, we can reduce our emissions and work towards our net zero goal by 2050.

CEO Exclusive: How UKEF Is Supporting UK Businesses With Export Finance Throughout The Pandemic

As an island nation reliant on global supply chains, trade is essential if the UK is to overcome the unprecedented economic challenge posed by COVID-19.