March was a hive of Brexit activity in the House of Commons but the upshot is that we are no closer to an outcome. The pound fluctuated and towards the end of  the month it managed to rally sharply as optimism for Theresa May’s deal being passed rose. 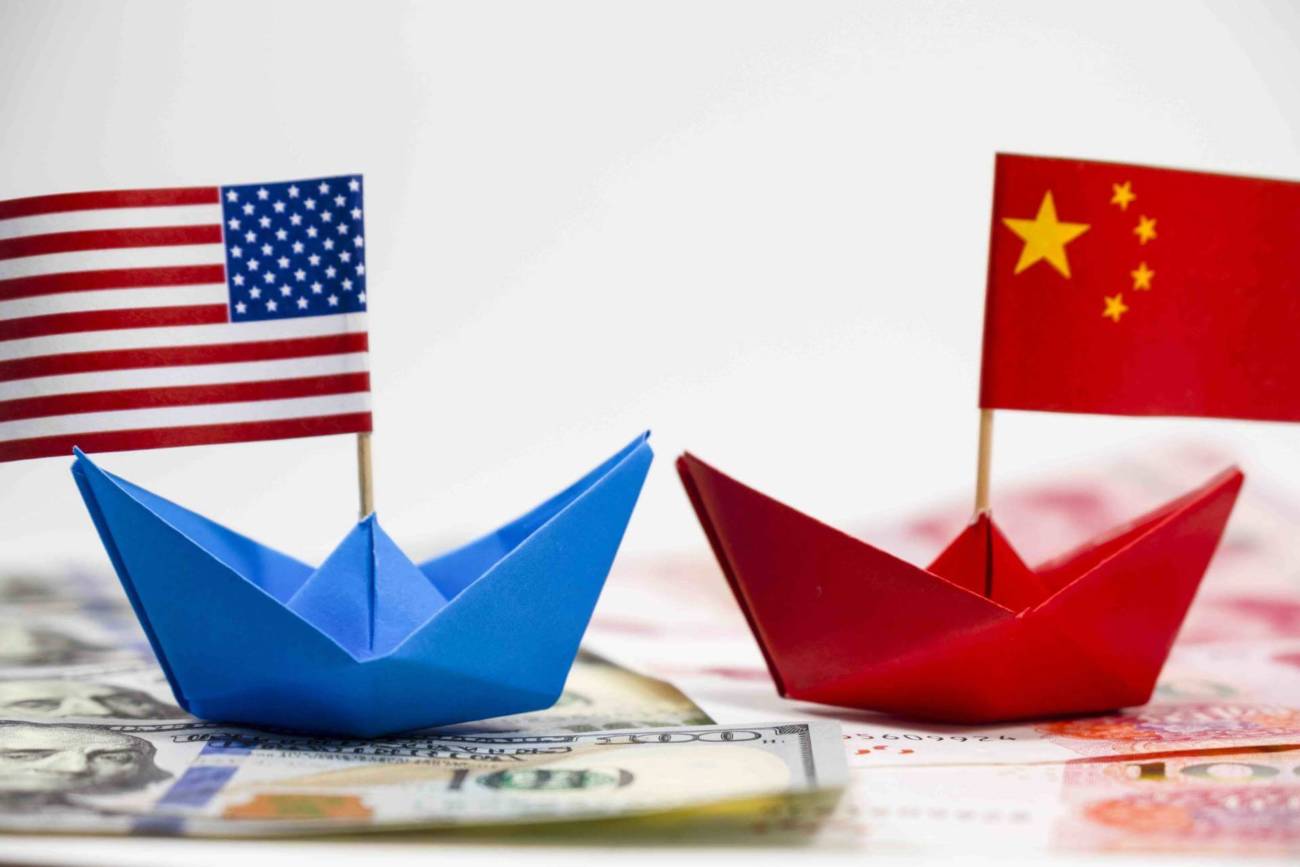 March was a hive of Brexit activity in the House of Commons but the upshot is that we are no closer to an outcome. The pound fluctuated and towards the end of the month it managed to rally sharply as optimism for Theresa May’s deal being passed rose. However the DUP shattered that momentum when they confirmed that they would not be backing the deal and were, in fact, voting actively against it. The pound finished the month on a downtrend.

While progress in US/China trade talks was seemingly slowing down, we got a slightly more upbeat message last week. Some sources close to the talks revealed to Reuters that China had made unprecedented proposals on forced technology transfer. Therefore it is still looking positive that the US and China are on the final path to an agreement. A deal would be a welcome relief for risk appetite and global growth.

The Bank of England is widely expected to stay on hold until post Brexit, especially given the mixed signals from the UK economy. The Bank would need to be reactive to either a no deal Brexit outcome (which  could lead to a cut in rates) or a deal outcome which could quickly lead the UK to a hiking cycle mirroring that of the US. The FOMC are now signalling that they
will not need to tighten further in 2019 due to a slowdown in growth. The ECB are still well behind the curve and the expected date for a rate hike seems to be getting pushed back rather than pulled forward in line with weaker economic data.

What are the market themes for April? 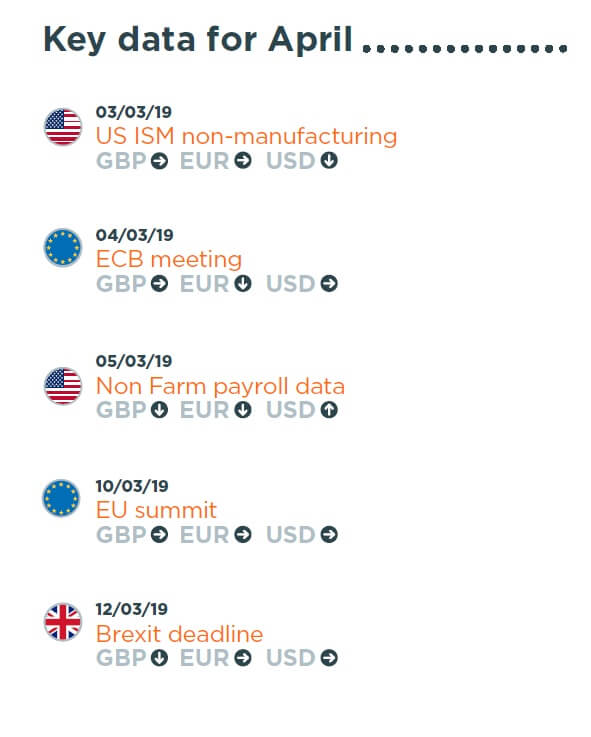 With the House of Commons once again rejecting all Brexit options we’re still no further on the path to a clear outcome. The next step will be for Theresa May to meet with her cabinet to discuss a way forward. What did come from the latest indicative votes is knowledge that three options came close to commanding a majority. These were: a customs union, common market 2.0 and a confirmatory public vote, all of which are softer leaning Brexit outcomes. Given that we have less than two weeks until the April 12th Brexit deadline the pressure for an outcome or a further delay is rising. The pound has weakened following the latest round of indicative votes as a no deal outcome in ten days is still a possibility by default despite the lack of appetite for this within parliament. However, the more likely outcome is a long extension which would favour the pound and a key date to look out for will be the extraordinary EU summit which takes place on
the 10th April.

During the FOMC statement in March the Fed walked back their expectations of rate hikes in 2019, with none expected and only one hike pencilled in from 2020. This is a distinct shift in policy and is reflective of a slowing in growth both domestically and globally. With oil prices shifting higher and the Fed repricing to factor in a rate cut by the end of 2020, the momentum behind the hiking cycle is now over. The Bank of England should be interesting moving forward as it will need to be reactive to the outcome of Brexit and could look to cut rates on a no-deal exit or potentially start a hiking cycle on the back of an orderly exit. The ECB are on a slow path to normalisation and we do not expect any increase in rates until at least the latter half of 2019. 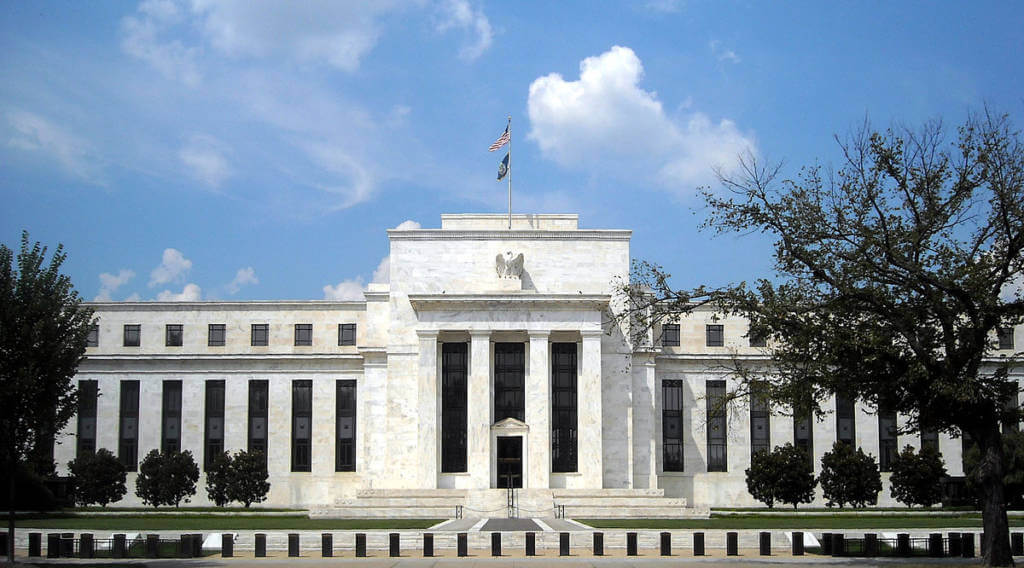 We could get the much-awaited trade deal between the US and China as soon as the end of this month. Some sources close to the talks revealed to Reuters that China had made unprecedented proposals on forced technology transfer. If the talks planned for this week are successful, the chances of a summit at the end of April are high. However, it is also possible that the two sides need more time to get the right deal and a June summit has also been mentioned. The fact that growth pressures are rising on both sides should encourage a shorter term outcome.