With numerous bodies and organisations speculating, pre-selling courses and providing information on fake incoterms, TFG gets behind incoterms 2020, why there are rumours, what’s fake, and what’s true.

View all articles by Andrea Frosinini 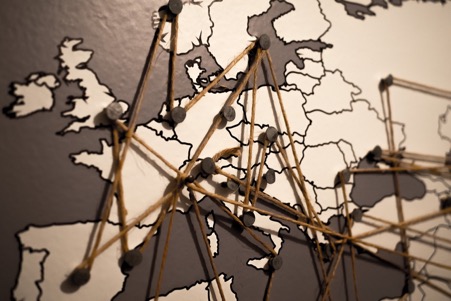 The International Chamber of Commerce (ICC), the world’s rule making body for international commerce terms (incoterms), are set to release new rules for incoterms this Autumn, the first time they have been revised in a decade. With numerous bodies and organisations speculating, pre-selling courses and providing information on fake incoterms, TFG gets behind incoterms 2020, why there are rumours, what’s fake, and what’s true.

1. Incoterms (international incoterms) are the governing rules set by the International Chamber of Commerce (ICC)

1919 saw the creation of the International Chamber of Commerce, by 1928 they had conducted multiple studies on current trading terms employed by merchants and by 1936, introduced the following rule set:

If we move 74 years and 6 rule set revisions into the future, we arrive at the most current set of Incoterm rules – 2010. Through multiple developments in rail trade, air trade, legislation and various other aspects of global trade, the ICC’s set of rules have contributed toward the facilitation of trillions of dollars’ worth of trade.

Incoterms 2010 are now the accepted and current set of trading rules. The 9-year-old set of rules are comprised of the following:

The above terms have been a crucial element in the development and performance of global trade over the last 80 years, eliminating many of the communicational barriers that are associated with international trade. But what do these stand for?

It is important to note that Incoterms updated rule set (incoterms 2020) is planned to be released this year, so these rules may change.

The above Incoterms are all rather broad, for good reason. These terms are used universally, across various industries and modes of transportation.

The following terms, however, are specific to sea and inland waterway goods transportation:

As mentioned previously, the set of Incoterm rules have been subject to revision multiple times since their introduction in 1936 – and quite rightly so. If one is to consider the way and amount global trading patterns, structures and relationships have changed and formed over the last 80 years, you would begin to understand the necessity for these rules.

Within the past 10 years since the last rule revision, there have been vast changes to the infrastructure and technology with which the global markets use to trade which is why the ICC has consulted their global network and started the drafting process for the 2020 rule set – scheduled to be released to the world during 2019 (the ICC’s centennial year) and will come into effect January 2020.

4. Businesses are promoting information about fake incoterms and speculating about incoterms 2020

It must be noted in collaboration with the International Chamber of Commerce that there have, unfortunately, been a number of publications that have attempted to offer information, training and guidance on the 2020 rule set.

The very use and benefit of the Incoterm rule set has been vital to the development of globalisation and global trade for much of the last 100 years. Removing communicational barriers, and implementing a universally understood platform on which to trade has benefited the global trading community greatly.

It is because of the scale of the benefit that one must be cautious when it comes to false publications online. In some instances, these publications contain unauthorised, incorrect information which could result in financial distress if acted upon. It Is therefore imperative that if you are brushing up on your Incoterm 2010 knowledge, you ensure the consultation of the authentic ICC has been included in the publication.

5. Once incoterms are updated, you should adopt the latest version (Incoterms 2020)

The benefits seen all around the globe from the number of businesses adhering to the 2010 set of rules are undeniable. Having a three-letter word that depicts the entirety of where liability falls for whom has enabled trading partners to work more efficiently and to a higher quality.

Operationally, there are multiple reasons one should use the updated set of rules:

This increase in clarity for trading parties will result in less understandings, allowing for greater trading relationships to be established and more trade facilitated. With this, comes a decrease in the occurrence of costly legal disputes and litigation.