Football receivables is the term that has grown in popularity amongst financial decision makers in the football sector. This is sometimes referred to as football invoice finance or football contract finance.

Sports entertainment is one of the most profitable and high profile sectors. However, the financial potential of this sector is often hit by the roadblock of having a lack of short-term liquidity, with most traditional lenders unable to assist.

The reason behind this is, traditional banks and lending organisations lack the resources and experience to gauge and assess the value of the sports industry’s intangible assets. Take American football or the English Premier League. For example, a bank will not always have enough expertise in how to evaluate copyrights and television broadcasting rights’ deals.

An Overview of Football receivables

Why The Football Industry Needs Financing

Unlocking funding for some of the world’s most prestigious football clubs has highlighted an untouched arena of monetising intangible assets in the sports industry. Big American and English football leagues need cash reserves to operate.

In the US for example, Packers spent $420 million on expenses in 2018, out of which $213 went to the players. They spent $208 million on marketing, administration, and team-related costs, and stadium upkeep, and the situation is not different from the European football leagues as well, when it comes to overspending. However, private lenders and sponsors have helped the football sector to unlock the full potential of their assets, such as player transfers, existing deals, and contracts. 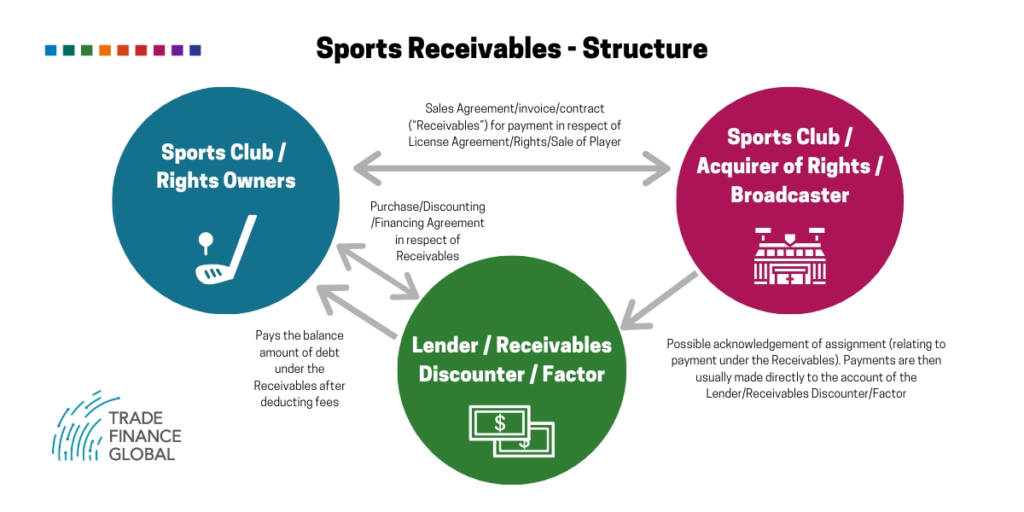 Where Does the Risk Lie?

It is clear, whether it is American football or the European premier League, the business model of the sports sector relies on income sources such as merchandise, broadcasting rights, transfer fees, competition prize monies, player transfers, etc. For example, the latest TV deal for Premier League entailed £8.3 billion. However, the players and stadiums are the two key assets that are more difficult to evaluate in comparison to traditional assets.

Although the sports industry is run on big money and regarded as one of the most frivolously run businesses in the world; it has historically made the sector more prone to run into cash flow issues. Therefore, football clubs across the world learn how to leverage the financial tools available to their advantage.

Banks or other lenders will usually lend monies to a football club; preferring to secure funds on hard assets such as a mortgage against a stadium. However, if the ranking of the club deteriorates and they find themselves relegated from their league, then they may struggle to follow the payment schedule on their loan. The situation is also not easy for the bank side, because if they attempt to sell the stadium to recover the financial losses, it may face opposition and retaliation from the local council and football club supporters. Therefore, these types of assets are difficult to realize.

As for the football players, they are even more complicated to assess as assets. The players only achieve their book value once the club sells them to another club. It means a homegrown talent such as Aaron Donald from Pittsburgh, and Lionel Messi from Barcelona will be of zero value on the books or balance sheets of their respective home clubs. Their real value will be cashable when the football club sells them to a different club. 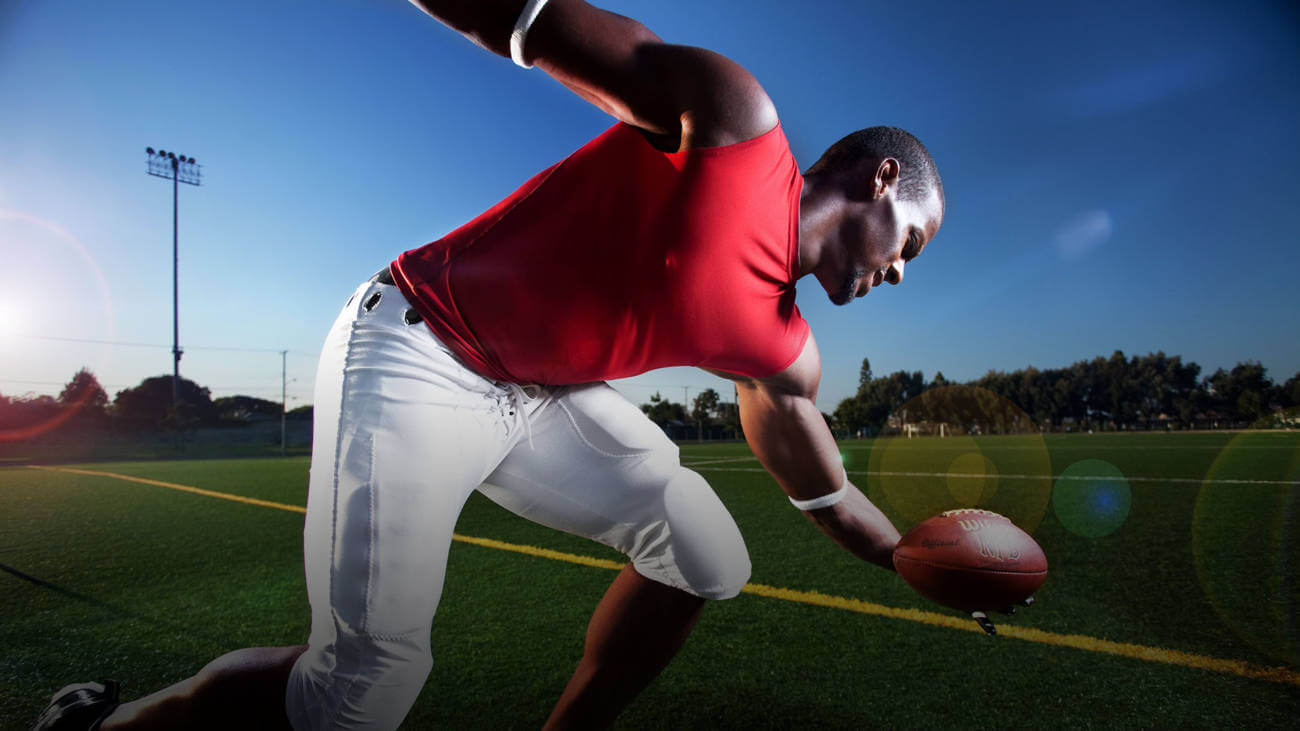 Other Security for Receivables

The most common provision of financing within football is the amount a club buying a player agrees to pay to the club selling a player (often in installments). The football calls it a “transfer receivable.”

The buying club will be paying when the transfer happens and most likely in small installments. However, the selling club needs money for its operations and activities. What do they do? They request  financing from banks or other lending organizations.

How it works – the lender steps in and pays a lump sum amount to the selling club for a fee. When the time comes to collect the money from the buyer, it is either the selling club who collects the money and returns it to the bank, or the bank may take the responsibility to collect it directly.

As lenders realize the fact that football receivables fall under the secured loans category, they have a lower risk of losses. Therefore, many banks now have dedicated finance teams for the football industry. These teams have extensive experience in the sports arena, which enables them to provide guidance on receivable financing options to the football clubs. They can also help you manage your business, staying compliant with industry regulations.

Many lenders offer football receivable finance options in these areas:

The funder pays the player’s transfer money to the selling club in exchange for a fee along with all the money that the buying club will pay when the transfer becomes due.

Any money that the club expects to receive from their broadcasting contracts. The bank can pay the club in advance against a fee and collect the money directly from the broadcasters when invoices become due.

Other financing options include parachute payments (for English Premier League only), and discounting receivables in relation to other commercial revenue streams.

With ever-evolving regulations and increasing need for finance, football receivables financing is an excellent saviour for the football industry.

As a football club owner, you must consider some critical aspects when deciding on a lending partner for football receivables financing. You must always ensure that they have a dedicated sports finance team, who knows what they are doing. The lender must be aligned, aware, and updated on all the regulations in the football and related sports arena. Most importantly, they must know your business model and what your requirements are, so that they can provide you a receivables financing option that suits your business as well as your budget.

What is Stock Finance?