What is an HSN Code?

HSN stands for ‘Harmonized System Nomenclature.’ The WCO (World Customs Organization) developed it as a multipurpose international product nomenclature that first came into effect in 1988 with the vision of facilitating the classification of goods all over the World in a systematic manner.

How do HSN work?

HSN is a six-digit code that classifies more than 5000 products, arranged in a legal and logical structure. To achieve uniform classification, the HSN is supported by well-defined rules and is accepted worldwide.

HSN classification is widely used for taxation purposes by helping to identify the rate of tax applicable to a specific product in a country that is under review. It can also be used in calculations that involve claiming benefits.

Yet that’s not all – it also applies to import and exports. The HSN code aids in determining the quantity of all items imported or traded through a nation.

The Importance of the HSN Code

While the primary purpose of the HSN code is the systematic classification of goods, it can also be used to gather data and solve problems that would otherwise be difficult to obtain. The result is a more efficient international trade system.

HSN is in use worldwide, with 200+ countries participating. This impressive adoption rate can be chalked up to the benefits of HSN, which include:

HSN numbers exist for each commodity in every country, and the number remains the same for almost all goods. In some countries, HSN numbers can vary a little because they are entirely based on the nature of the items classified.

HSN in India: One Example

India has been a member of the WCO (World Customs Organization) since 1971. It initially employed six-digit HSN codes to classify merchandise for Customs as well as Central Excise duties. To make the codes more precise, the Customs and Central Excise authorities went on to add two more digits. This resulted in an eight-digit HSN classification.

Almost all goods in India are classified using the HSN classification code, which facilitates the use of HSN numbers for calculations of the Goods and Service Tax (GST).  The number is currently being used to categorize goods to compute VAT (Value Added Tax).

HSN code in GST invoices – what to remember

It’s important to remember that the HSN number must be clearly mentioned on GST Invoices when preparing Tax Invoices for GST.

Here’s how the different HSN classifications, from two digits to eight digits, come into play in India: 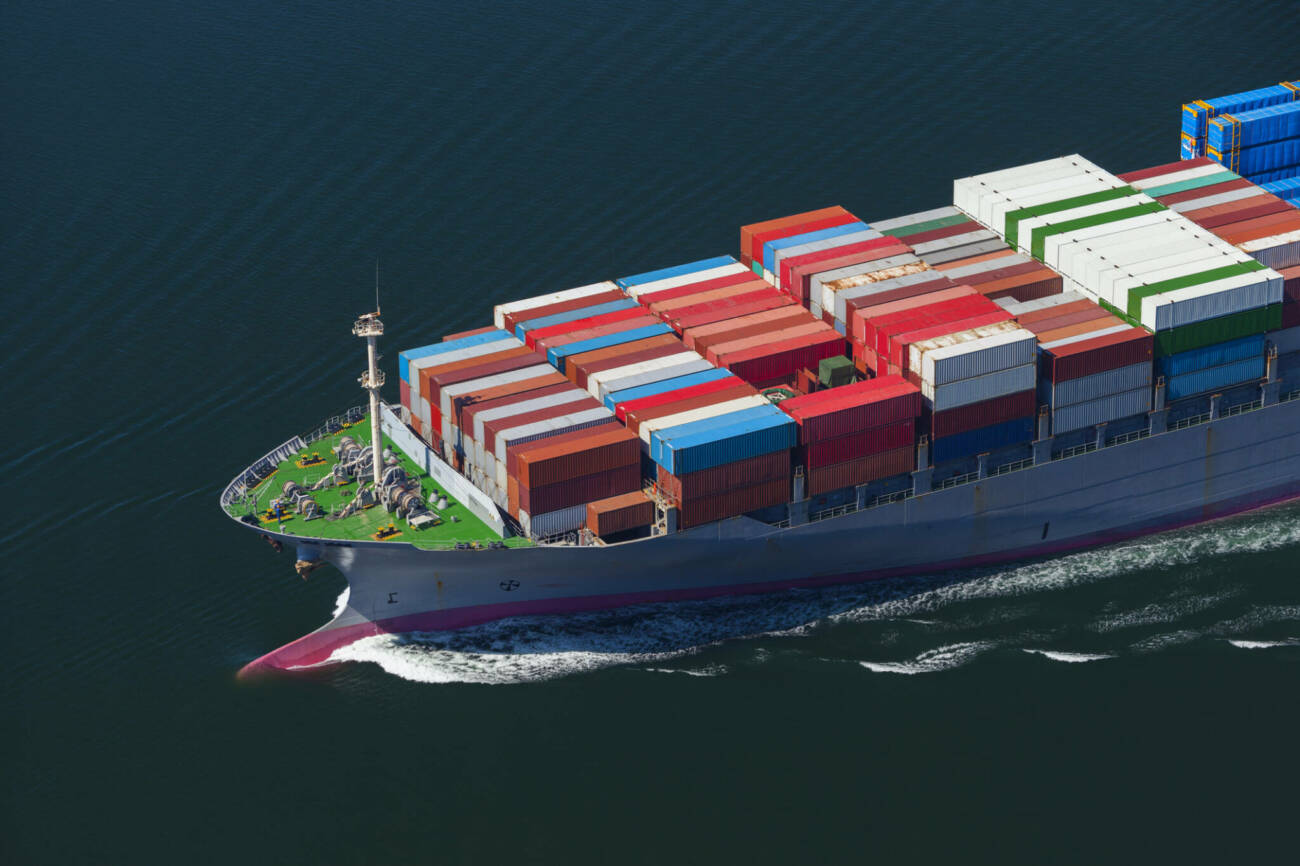 The structure of HSN code has about 21 groups, and these groups are further classified into 99 chapters. The chapters are then divided into headings that are about 1244 in number. The headings are subsequently divided into 5224 subheadings. In the code itself, this plays out in the following manner:

Example of an HSN code - schematic 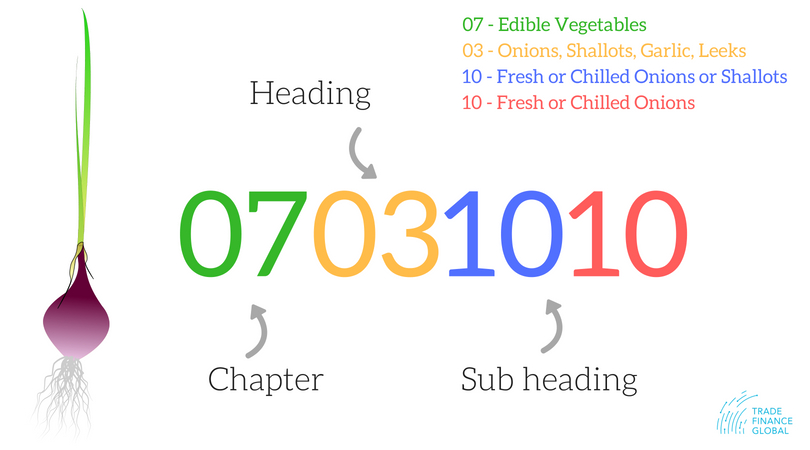 The Importance of HSN Under GST

The HSN system doesn’t only help Customs agents – it also has important implications for GST.  It helps in making GST systematic and globally accepted.

By using HSN codes, there is no need to upload a detailed description for each good falling under the GST. This allows for the automation of GST returns, saving time and money for the tax authority.

HSN Codes were required by Sharma Packaging Foods Company to determine what relief it was eligible for from taxpayers. 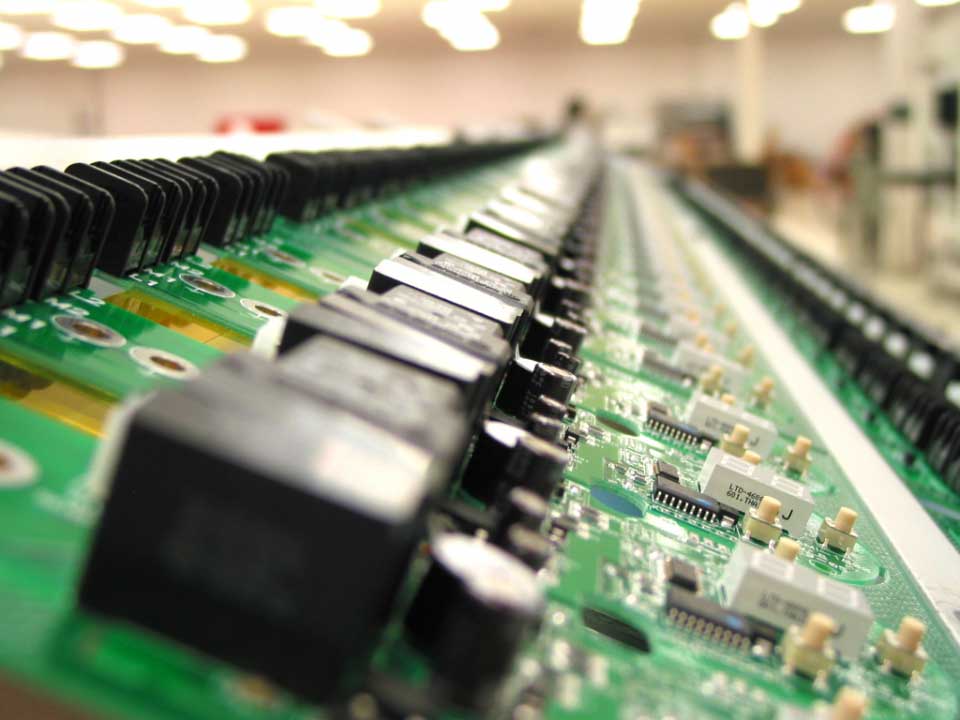 TFG put us in touch with expert HSN experts so that we could ship our goods across the state and also pay the appropriate taxes to the government. 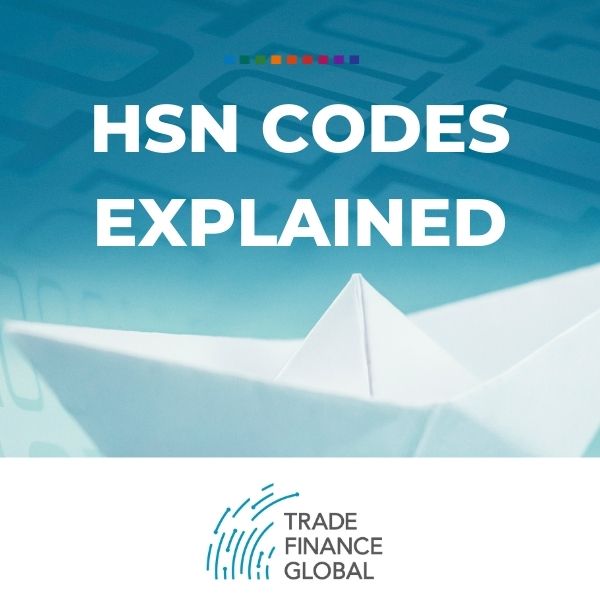 The latest issue of TFG’s Trade Finance Talks, ‘Sailing into 2023: Navigating the new year’, is out now!… Read More →

‘Permacrisis’ was crowned word of the year by the editors of the Collins English Dictionary at the end of 2022,… Read More →

As 2023 unfolds, shippers are experiencing signs of relief from the supply chain upheaval over the past few years. U.S…. Read More →

What to expect in the shipping industry for 2023

Certainty has been in short supply in the world of shipping in recent years. Shippers, manufacturers, and carriers have all… Read More →

This article was originally published on December 19 2022 by Watson Farley & Williams LLP. TFG would like to thank… Read More → 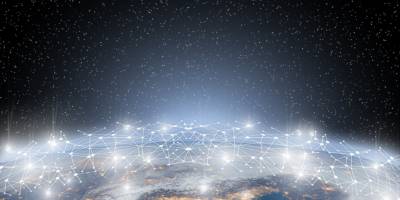 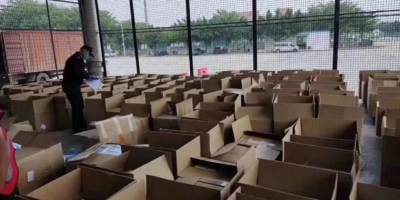 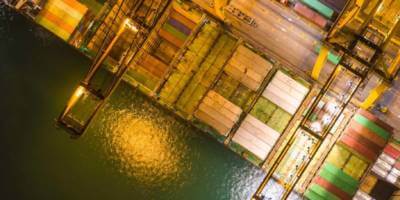