TFG are proud to partner with ExCred Digital for their March 2021 Virtual. The event promises the best insights into how the industry is navigating insurance capacity and risk appetite,… read more →

View all articles by Fin Kavanagh

TFG are proud to partner with ExCred Digital for their March 2021 Virtual.

The event promises the best insights into how the industry is navigating insurance capacity and risk appetite, changing banking regulations, debt sustainability, the growing role of multilaterals and the state of sustainable finance across export finance.

This is your opportunity to Network with senior leaders from key stakeholder groups, including multilateral development banks, ECAs, commercial banks, insurers and brokers.

Networking is back. In this time of physical disconnection, set your business up for continued success by building relationships with senior decision-makers from across the world.

Connect with the biggest users and providers of export credit insurance in the virtual networking hall.

Diana has consolidated a high caliber team of global professionals and successfully overseen the execution of over 250 projects in 65 countries. As IFCL celebrates its twentieth anniversary this year, Diana is widely recognized as one of the foremost advisors and pacesetters in the field.

Vinco David was appointed Berne Union Secretary General in 2017. Prior to this, he has served as a Management Committee Member and as the Chair of the Investment Insurance Committee. A Dutch national, he has over 30 years’ experience in various aspects of credit and investment insurance in diverse management roles across strategy, product development, economic research, project finance, marketing, underwriting and claims.

Lise Kessler is the Global Head of Credit Risk Insurance at Crédit Agricole CIB. She created the CRI platform in 2014 to centralise all of CACIB’s political and credit risk insurance activity and it has become an essential distribution channel for the bank. Lise has 25 years of experience in the European syndicated loan market and over 30 years of banking experience. She holds a B.A. from The Johns Hopkins University in the US and an MBA from INSEAD in France.

Euan Marshall is Manager of the Investor Engagement Division in IFC’s Syndications department. The Division promotes co-investment in IFC projects through supporting investor outreach and product innovation. The Division is particularly focused on identifying opportunities to support increased participation in IFC loans by institutional investors and credit insurers. The Division is responsible for distribution to credit insurers on a facultative and treaty basis.

Darias Jonker analyzes the political economy of Southern Africa, with a focus on South Africa, Mozambique, and Angola. He focuses on the evolving nature of political leadership in the region as it moves from the liberation era into a more competitive political space, with impacts for mining, oil and gas, agriculture, retail, communications, and financial services.

Catherine Aubert has worked in the banking sector for most of her professional life. She spent 10 years with group Paribas in the International Division and then in the Strategy & Development Department. She then worked for 3 years as a Financial Institutions Development manager within Sedgwick France (now Marsh Mc Lennan). In 1999, she joined Société Générale as Head of Trade Credit & Political Risks Insurance. Catherine graduated from EDHEC Management School and has a Master in Communication from Paris Sorbonne University.

After completing a Master’s degree in International Affairs & Governance from the University of St. Gallen, Switzerland, Robert Suter joined the International Relations team at SERV and has lead this growing team since 2014. It now includes International & Government Relations, Business Policy, Sustainability Analysis and Bank & Country Risk Analysis. He has participated in international negotiations on Official Export Credit Support at the OECD and the IWG as a member of the Swiss delegation and represented SERV at various international conferences and forums, including the Berne Union, for many years.

Carole is Global Head of Syndication / Distribution for Energy & Natural Resources and Real Assets Finance at Natixis. She has 20 years of experience in structured finance in various roles in Paris and abroad. With a team of over 40 professionals located in Paris, London, New York, Hong Kong and Singapore, Carole oversees the syndication / distribution of loans originated by Energy & Natural Resources, Infrastructure, Aviation, Export and Real Estate Finance in all geographies, as well as Natixis CPRI placement activities.

Francesca has been UniCredit’s Global Head of Structured Trade & Export Finance since September 2019. She joined HVB Group in October 1999 in the Trade Product Sales Italy unit within the Emerging Debt Capital Markets & Trade Finance Division. She previously worked as a financial, commercial and legal advisor for Italian corporates investing abroad as well as in the Structured Finance Department of Mediocredito Centrale. In 2018 she was appointed as Vice-Chair of the European Banking Federation (EBF) Export Credit Working Group.

Jared Kotler, Head of Credit and Political Risk at The Hartford

Stefan Karlsson is head analyst at EKN and deputy head of Risk Advisory & CSR. The department is responsible for country analysis, credit risk methodology, sustainability analysis, portfolio management, international relations and political claims. He has been working at EKN since 1996 in various positions.

Jan Weiss is Lead Syndications Officer in the Structured and Corporate Finance Department at the Inter-American Development Bank where she is responsible for mobilizing financing for infrastructure and project finance transactions. Prior to joining IDB in 2011, Ms. Weiss was an Executive Director in the Latin America division of WestLB where she headed up the group’s infrastructure origination in the region.

Fin Kavanagh is an Editorial Assistant at Trade Finance Global. He studied a Masters in Journalism at City, University of London where he specialised in financial journalism, as well as completing his undergraduate degree at the University of Oxford.

He has previously worked for The Times, covering the 2019 UK General Election, and wrote for The Telegraph while he was studying.

Fin follows stories relating to supply chain finance, and has a particular interest in vaccines supply chains. In his free time he is a keen runner and loves hiking. He has completed several marathons for a number of mental health charities.


Get the latest from Trade Finance Talks

Unicorns that achieved $1bl valuation in less than 2 years 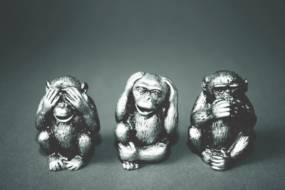 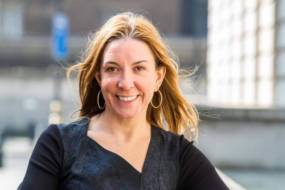 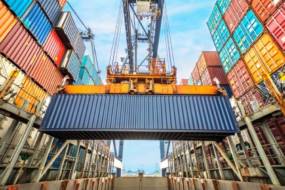 INTERVIEW: GateleyPLC on The Unexpected Consequences of Holding Bills of Lading as Security