Buckle Up for the British Pound Rollercoaster Ride

The British pound appears to be consolidating ahead of the UK’s crunch vote on continued EU membership. Such a move by currency markets is only natural as traders will become… read more → 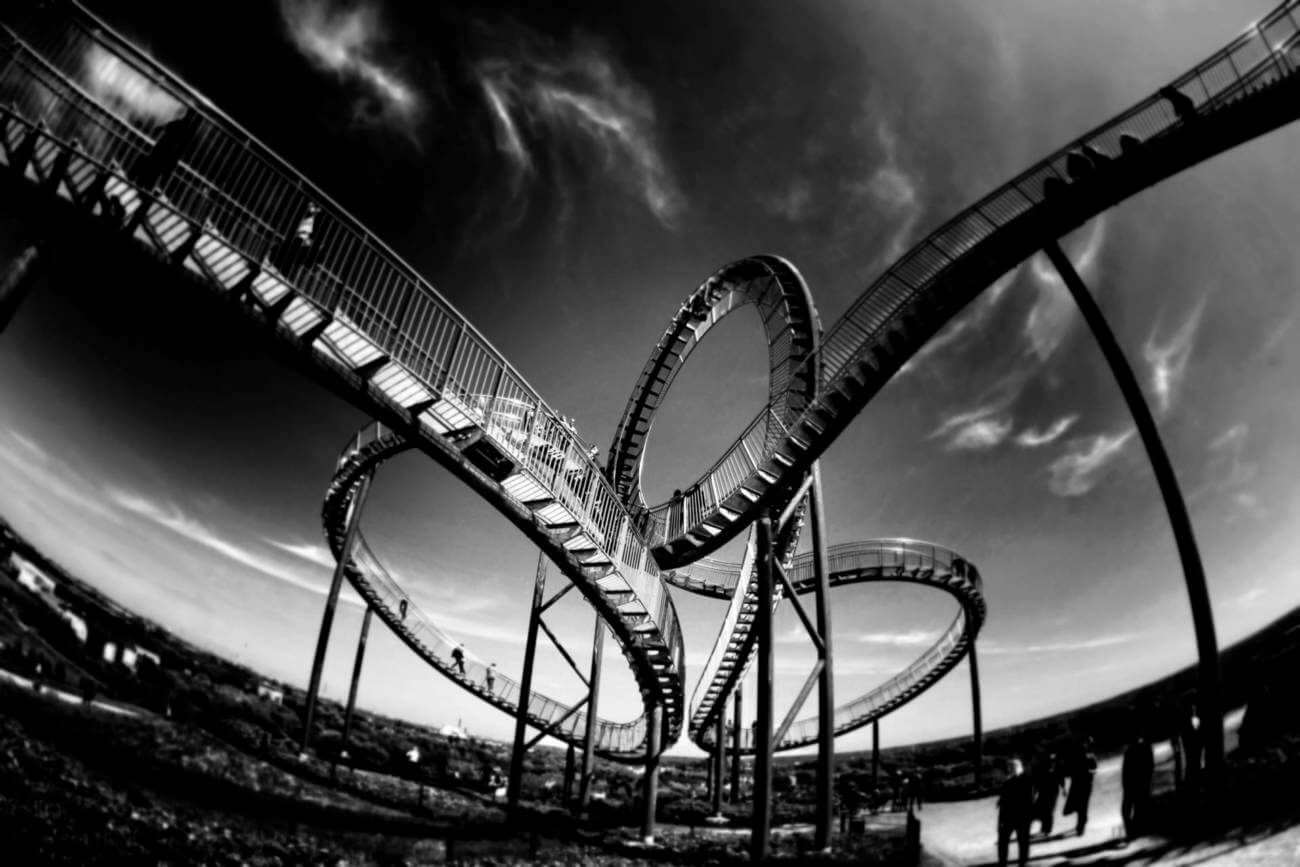 The British pound appears to be consolidating ahead of the UK’s crunch vote on continued EU membership.

Such a move by currency markets is only natural as traders will become increasingly unwilling to wager their money when the stakes are so high. But where will the pound go following the referendum, where will it end the year? The default setting is surely that the UK will vote to Remain in Europe.

While polling data betrays a tight outcome, betting market odds are heavily in favour of the remain vote.

This week, betting marketplace Betfair, saw odds for Remain surge back to above 70%, this from lows of 58% seen just a week before. Therefore, the odds of a 51%+ win for Remain are 70% higher than a 51%+ win for Leave! This assumption has allowed investors to pile back into the UK currency over recent days.

What markets must now do is close the gap between where sterling traded based on Brexit fear, and where it should ultimately end up. The end destination is ‘fair value’ – i.e the level implied by the UK’s underlying economic dynamics. Where this fair value lies is up for debate, but consensus estimates show that it is higher than current levels for both GBP/USD and GBP/EUR. This view is backed by ‘real money’ investors – the kind who take longer-term views on the market than their speculative counterparts.

Data from some of the world’s biggest foreign exchange dealers confirms a thirst by ‘real money’ for the pound. According to UBS, sterling attracted the highest normalised net inflows in G10 (the second-strongest GBP net inflow in 6 months), led by asset managers and hedge funds. The majority of the net flow came in the second half of the week, as GBP began its recent rally.

The CitiFX Global Flows team have also flagged net inflows into GBP from real money investors for 9 of the past 10 weeks.

Forecasts for the Pound in a post-Referendum World

The question now is – how far can the currency go? The general consensus is that the pound will rise on Remain, and Fall on Brexit. This view is however questioned by some who would argue that a Brexit is ultimately the start of the end of the European Union as we currently know it. Thus, the euro has more to lose longer-term. This is why analyst Nick Parsons at NAB has said after an initial knee-jerk fall the pound will rapidly recover against the euro. The GBP/EUR pair could actually end up towards 1.44 again says Parsons.

The euro is meanwhile forecast to hit parity against the US dollar. Indeed, the safe-haven properties of the dollar, and of course the yen, will see these two currencies find strong demand.

“A pro-Brexit outcome would cause the correction to deepen, with an initial downside of between GBP/USD 1.38 and 1.35,” says Asmara Jamaleh, an analyst with Intesa Sanpaolo in Milan, Italy.

It is probably because of this demand for dollars that there is talk of a coordinated action by global central banks to increase dollar liquidity to the markets on the event of a Brexit.

With Remain being the favoured outcome though, the more important question is how far the upside in sterling can extend?

The views are many, but we are hearing a great deal of analysts suggesting 1.50 in GBP/USD is the most likely target to watch out for. This is the level that sterling more or less started the year at and would suggest the forecast is based on the assumption sterling will go back to where it was before this whole Brexit saga started. Intesa Sanpaolo’s Jamaleh is targeting the GBP/USD exchange rate towards 1.50; this number is certainly the most common forecast given by analysts. Against the euro, GBP should make a stab at 1.33.

Others are more bullish.

“We have largely been assessing GBP’s path by estimating a Brexit risk premium based on where GBP/USD should ‘normally’ be trading according to our Financial Fair Value (FFV) model. While a vote to Remain should see the GBP risk premium quickly disappear, we also think that GBP’s FFV may rise as well,” says Petr Krpata at ING.

ING, based on the above, believe GBP/USD could move to 1.52 in the case of Remain winning.

“According to the pricing in the spot pound market, a Brexit event could drag the GBP/USD down to 1.30. It is certainly a risk worth being hedged. On the flip side, buyers are ready to depart for a relief rally if Britain decides to remain in the EU. We do not rule out the possibility of a post-referendum bounce to 1.50/1.55 area.”

Clearly there is a lot of educated guess work being done here and we would hesitate to pick a winner. Whatever the actual target reached, the moves in GBP over the next 48 hours should be fascinating.